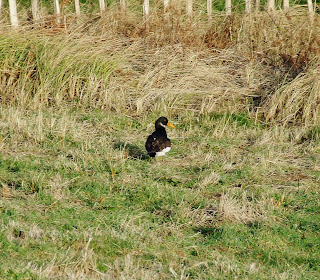 The wind was back in the west after the prolonged cold spell although as a reminder of the hard winter 2 Whooper Swans were seen first thing this morning during the walk to the island. An Oystercatcher fed in the new garden next to the obs (left), something that was only possible with the thaw taking place. 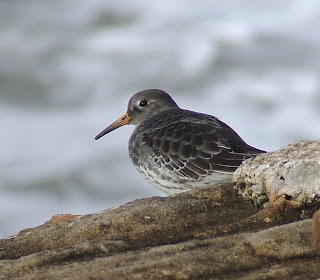 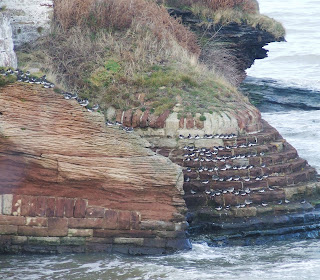 Most of the small waders including 100 Turnstones and 11 Purple Sandpipers (above right) roosted the tide on the McAfee steps in Niffy bay to the east of the island, while the 40 Ringed Plovers preferred Lion Rock. 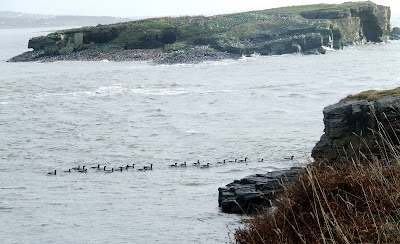 The 4,500 Oystercatchers on Middle made an impressive background to the line of Brent Geese relocating after the tide (above). 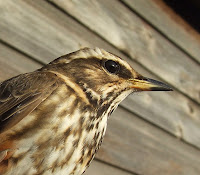 Thrushes again were the most obvious passerines and a Redwing was retrapped that was ringed on 9th January (left), a most unexpected recovery for a species that is not known for prolonged stays on the island.
(JE) photos JE
Posted by Colin at 13:14