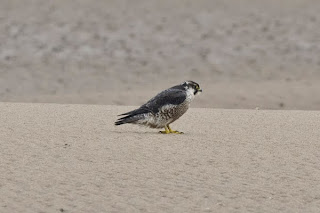 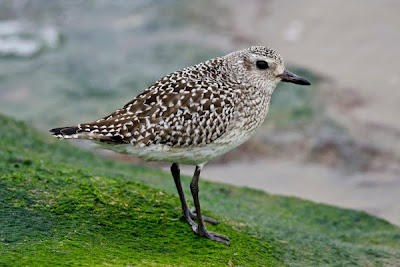 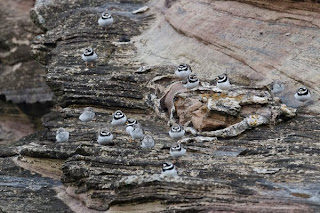 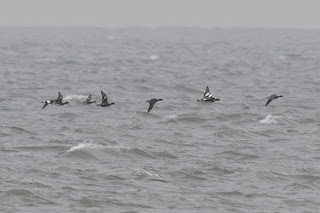 On the sea a Velvet Scoter was seen flying with 9 Common Scoters and 8 Wigeon (left) and a single Kittiwake also showed during the sea watch.
A male Blackbird was on the island early in the day but later left before it could be trapped for ringing, although a Rock Pipit was retrapped that was ringed in October 2009 (above), and becomes the first Rock Pipit to be re-caught at Hilbre in a subsequent year.
(PSW) photos PSW
Posted by Colin at 10:02