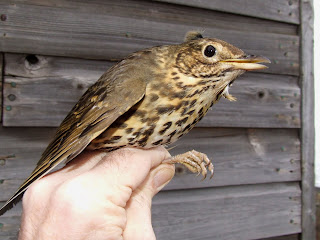 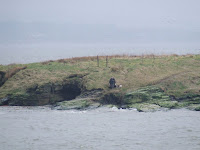 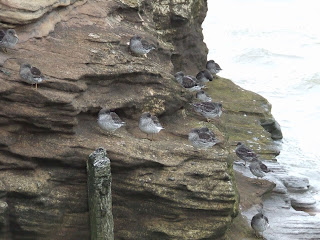 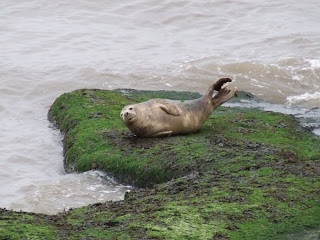 deserted (above). At least the Purple Sandpipers (18) stayed on the main island (above).
A Seal (right) was hauled out on the rocks at the north end as it has several times recently.
(JE) photos JE
Posted by Colin at 17:18