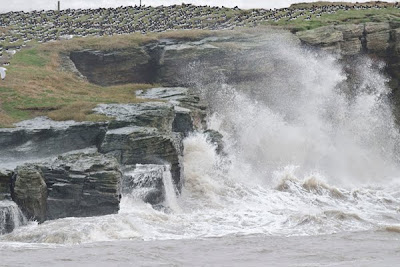 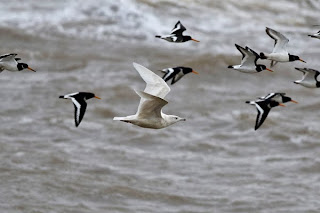 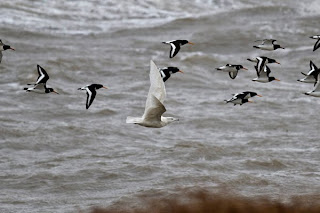 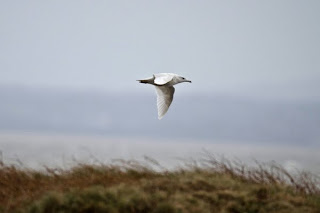 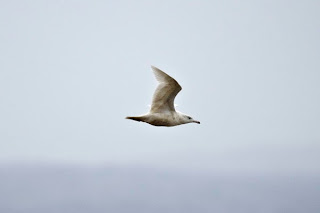 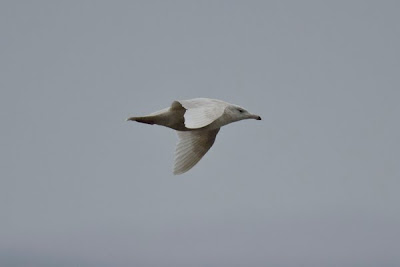 The 'monster' then headed up the West Side of the island (see above) and was not seen again.
Postscript:
Another pale first winter Glaucous Gull was seen at Seaforth NR later in the week - perhaps the same individual?
(PSW) Photos PSW
Posted by Hilbre Steve at 13:31