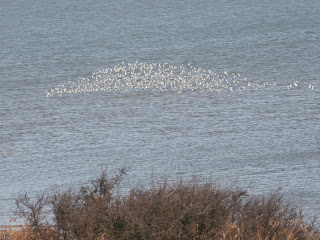 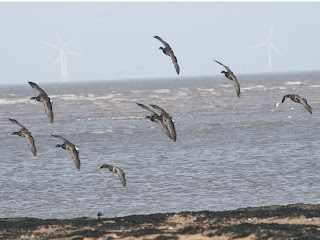 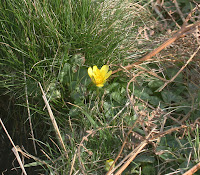 A new Robin which seemed to have joined the 2 residents was ringed today, and at least 4 Dunnocks were getting very agitated as though the milder weather made them think of spring.
Another sign of spring was the flowering Lesser Celandine that was first noticed yesterday (right).
(DB,CJ) [12] photos CJ
Posted by Colin at 20:01