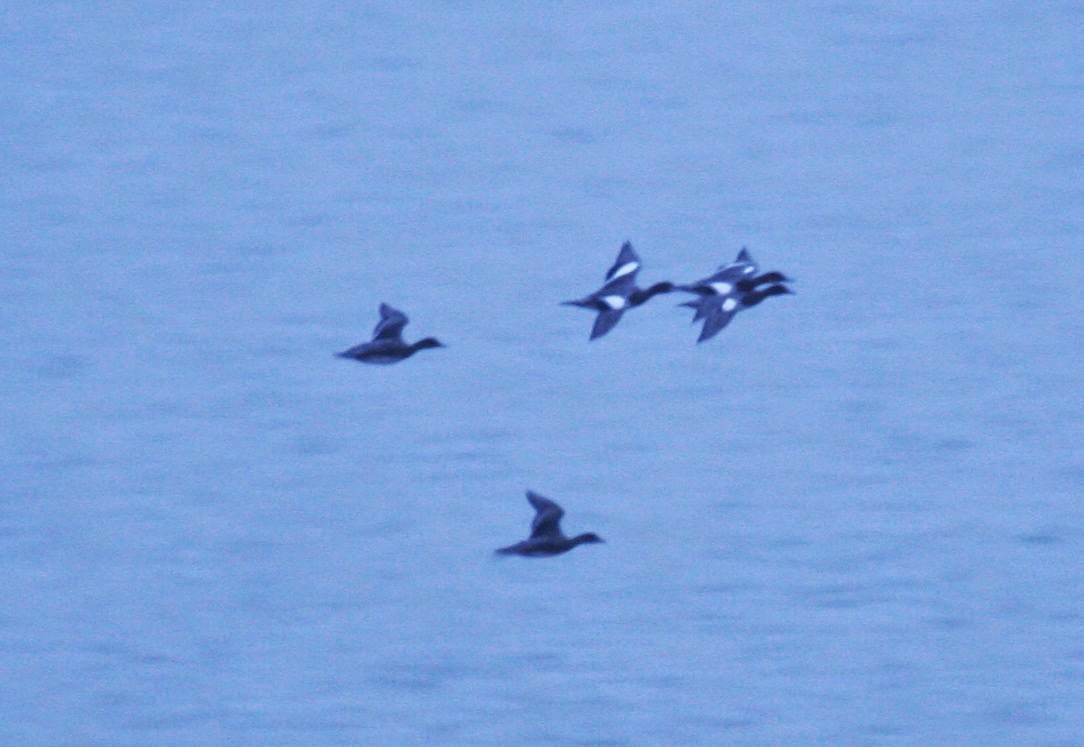 Despite the pessimism of some this morning - it was a nice morning again on the island with an early trap round producing a Goldcrest and the first of four Reed Buntings made its presence known by its persistent calling from the blackthorn in the lower trapping areas.

Overhead migration remained a little thin but once again Grey Wagtails were well represented with 12 counted during the morning, a few Swallows passed over a nice flock of 12 House Martins.

5 Wigeon flew around the North End early on and 7 Teal flew in and landed on the edge of the East Hoyle sandbank for a short while.

The predicted later arrival of phylloscs  (a feature of the last few days) started at about 840am when 2 Chiffchaffs and a Willow Warbler had found their way into the Old Obs mist net.

With several more Chiffchaffs caught and ringed during the morning, a couple of new Meadow Pipits and a control Robin which was in the Obs garden (we look forward to finding out where this bird was ringed).

A Raven appeared from over Middle Eye and flew in towards Hilbre before doubling back to Middle where it was joined by a second bird.