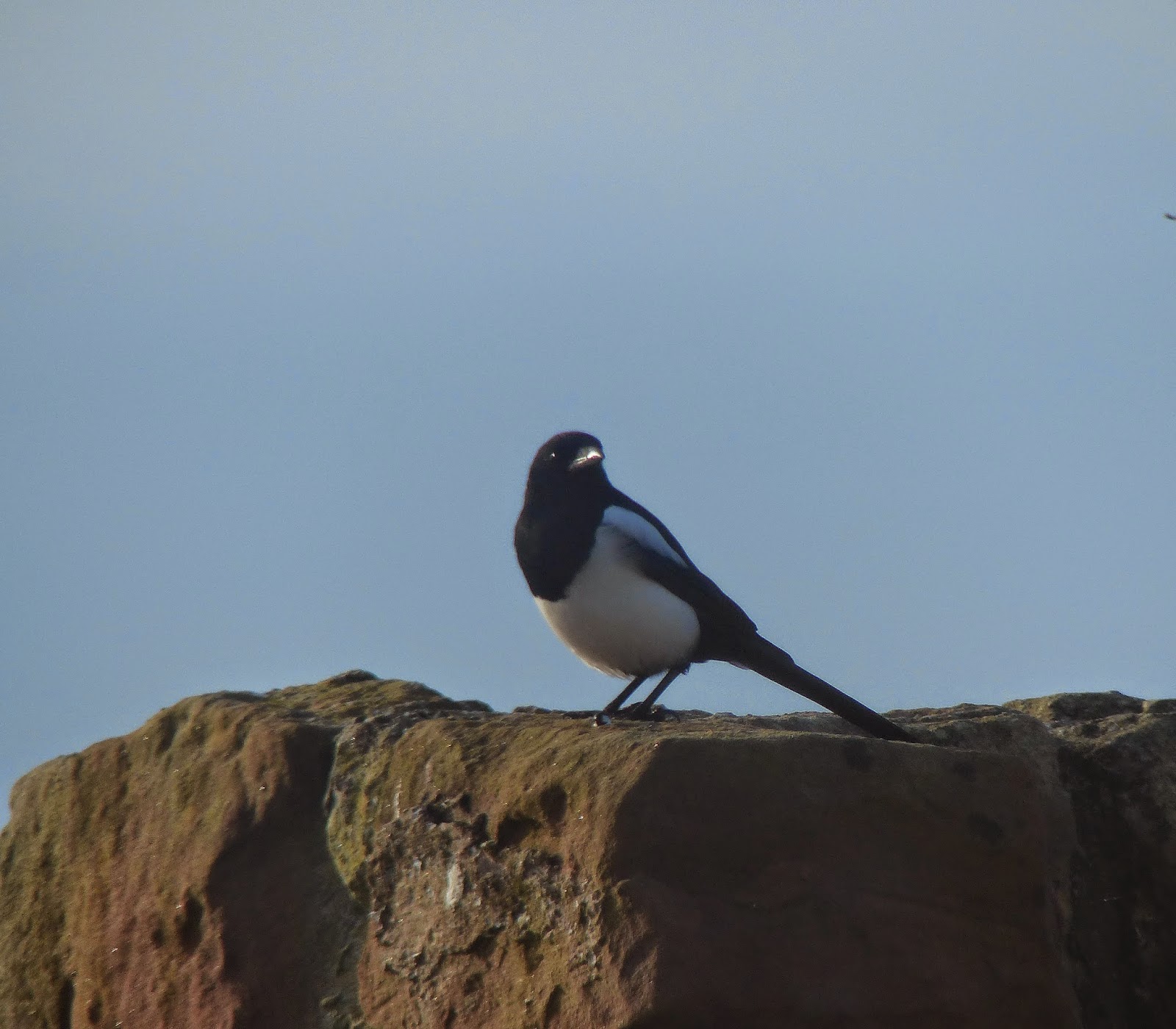 A Magpie spent a couple of hours on the island (left, CJ), we see these infrequent visitors more often in spring than autumn and its been some years since one was ringed, and this bird also failed to comply and left without troubling the ringers. Another bird that escaped ringing was a Garden Warbler, first glimpsed near the old buildings and later in the paddocks. Although it is a very scarce visitor it is by no means unprecedented for a Garden Warbler to turn up this late in the autumn at Hilbre. Two Goldcrests were ringed out of about double that number around, and a single Chiffchaff was present while other singles noted but passing over were a Swallow, a Skylark and a Grey Wagtail. Observers became aware of a small passage of Meadow Pipits this morning. Just 2 Brent appeared today although others may be somewhere in the area. A Grey Plover called and 6 Bar-tailed Godwits and 3 Little Egrets were logged. Two Kestrels flew around again, one of which was an adult male. 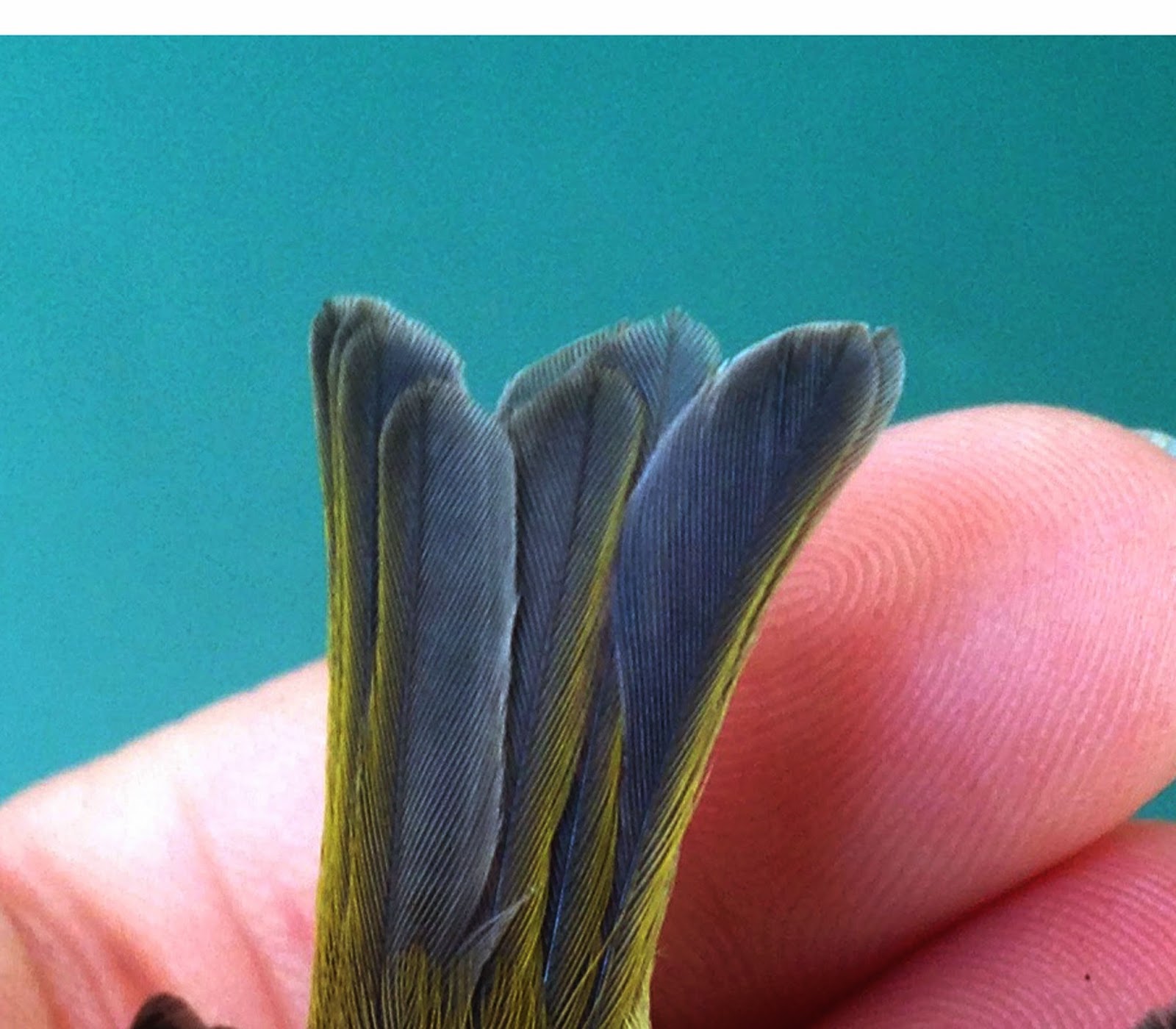 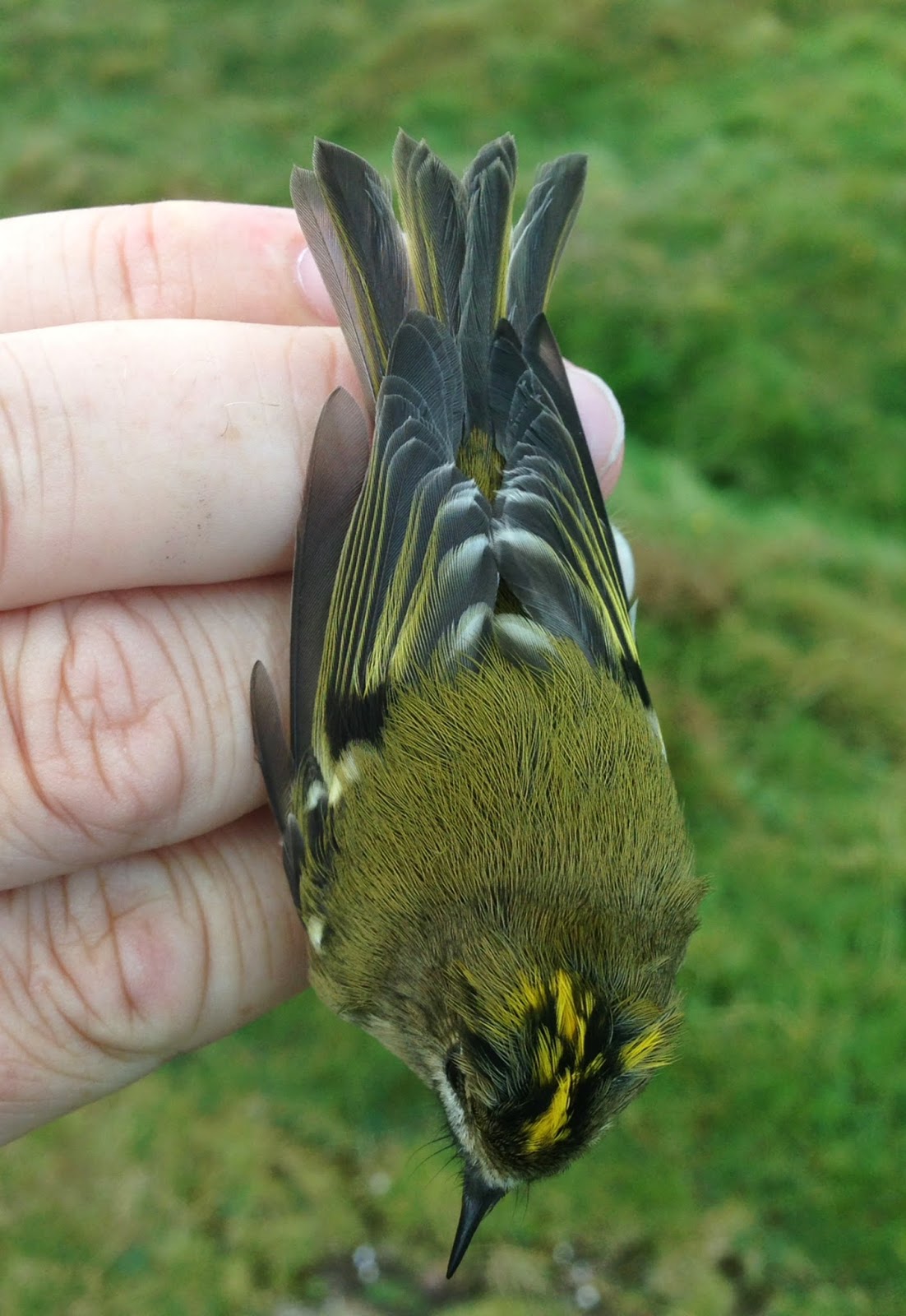