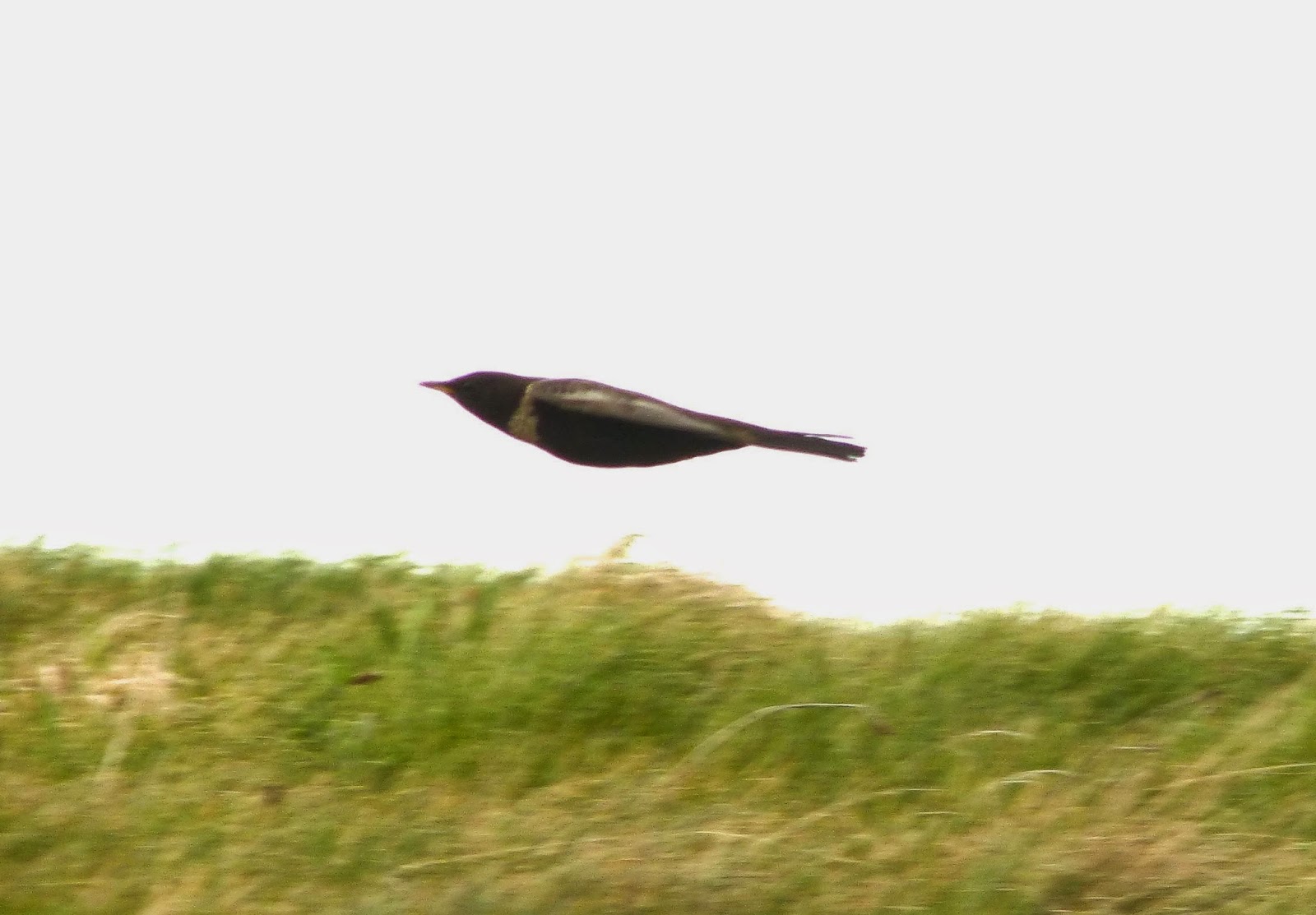 More classic conditions this morning and the birds did not disappoint.  At least 2 Ring Ouzels were seen soon after dawn, and it was assumed they were both yesterday's birds, but later a male was noted as unringed and it was realised that there were at least 3 on the islands. 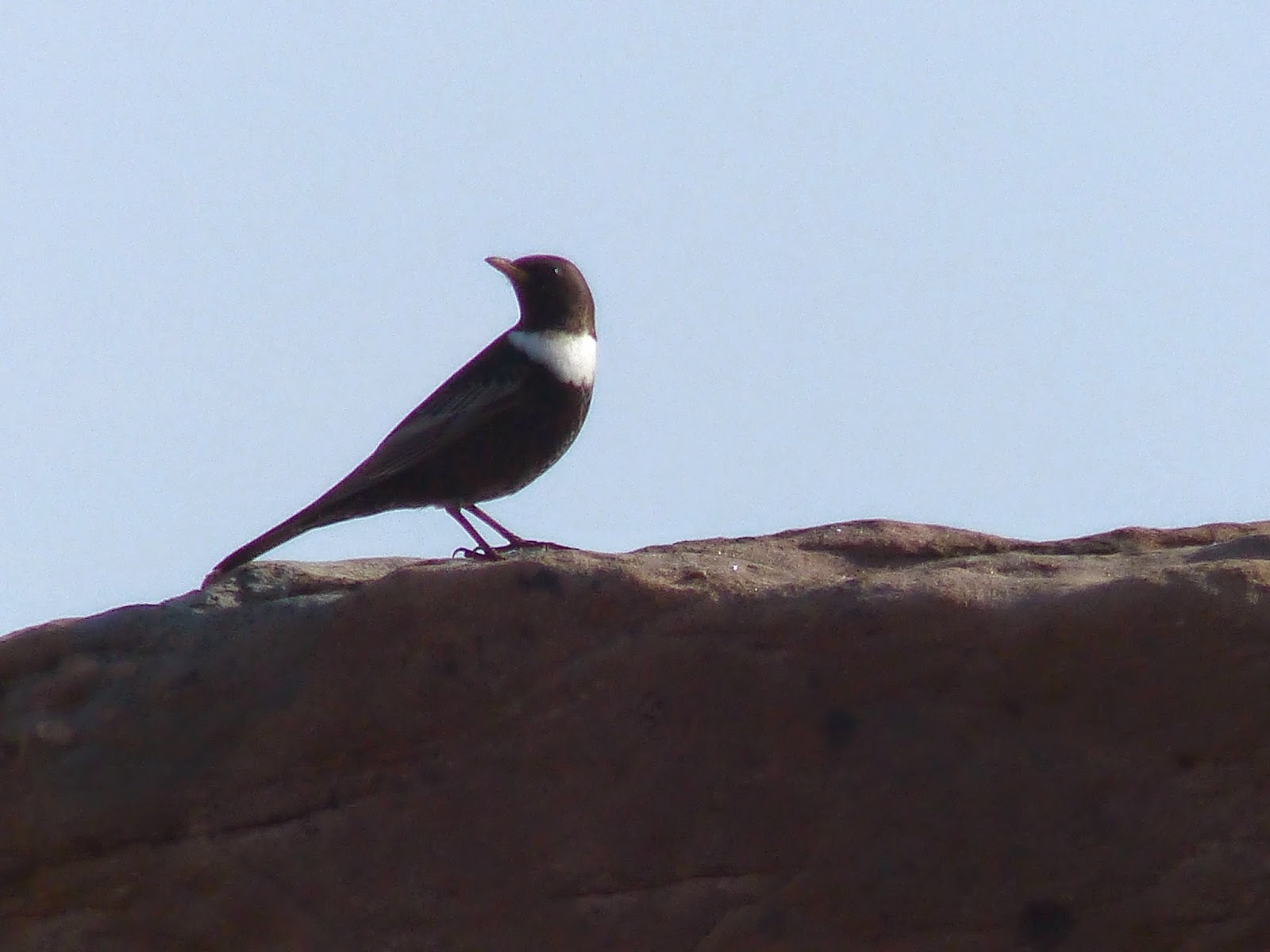 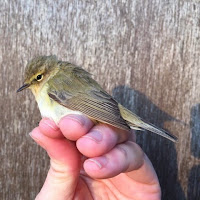 A small fall of phylloscopus warblers was as expected with Chiffchaffs outnumbering Willow Warblers by 12 to 7, but only 2 Goldcrests were grounded. Amongst the Chiffchaffs a control bird was caught and we await to hear details of where and when it was ringed.

The first Yellow Wagtail of the year called as it flew south over the obs, as did 6 Tree Pipits (over the morning period), and a single Lapland Bunting that unfortunately was heard and not seen.

Later in the morning a stunning male Redstart appeared in the heligoland trap, a real treat for the observers even though a Redstart is sort of expected in the first part of April. Eight Wheatears made it to Hilbre in the sunshine, as did 10 alba and 3 White Wagtails.

To fully give the full flavour of a brilliant day, some other entries from the log were flyover records of 20 Jackdaws, 10 Redpolls, 150 Meadow Pipits,1 Siskin, 20 Swallows and 3 Sand Martins, while others mostly staying for a while were 34 Goldfinches, and larger species including 3 Canada Geese, 1 Greylag Goose, a Magpie, a Sparrowhawk and a Merlin that took a liking to the passing Meadow Pipits. 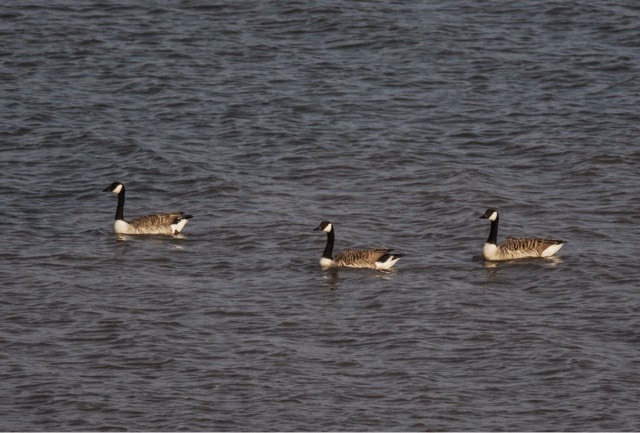 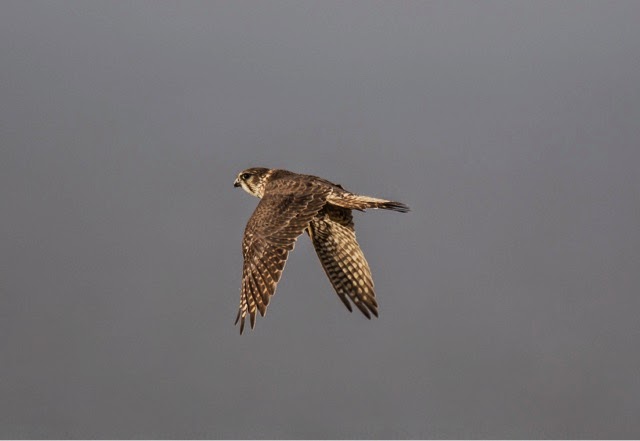 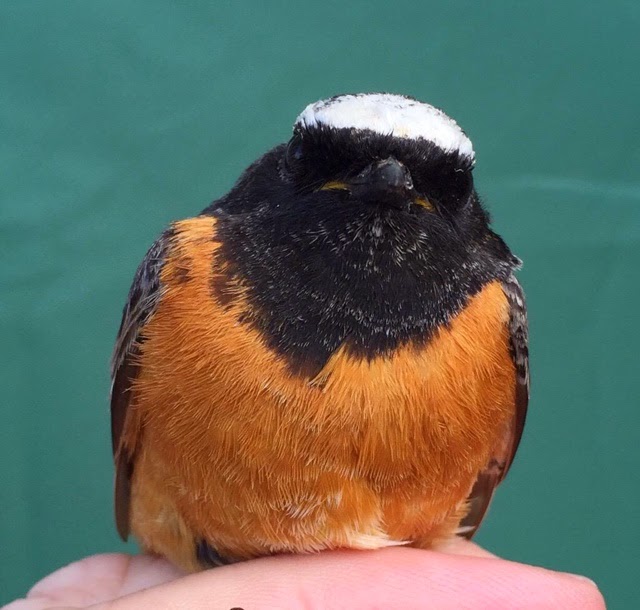 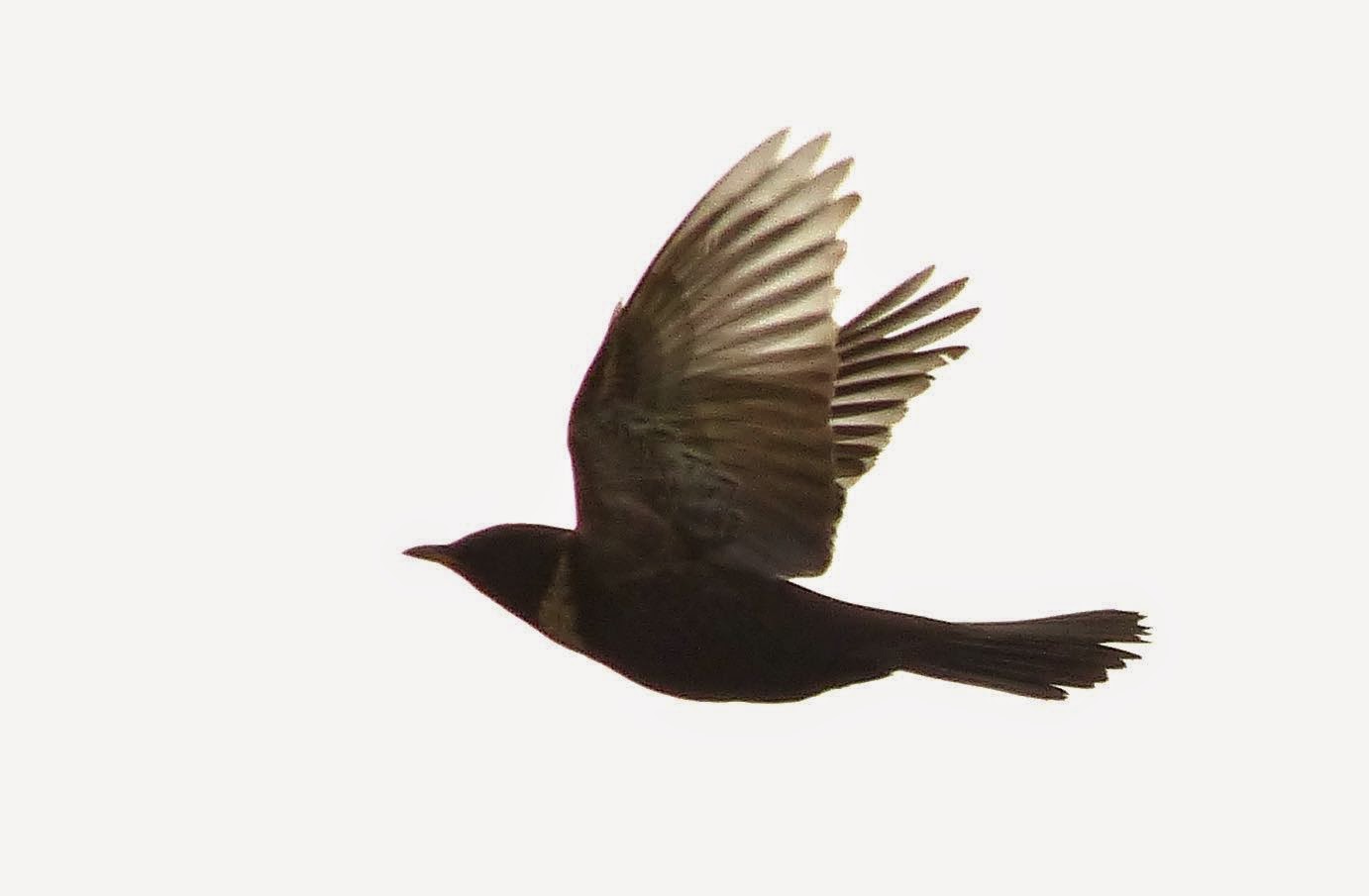