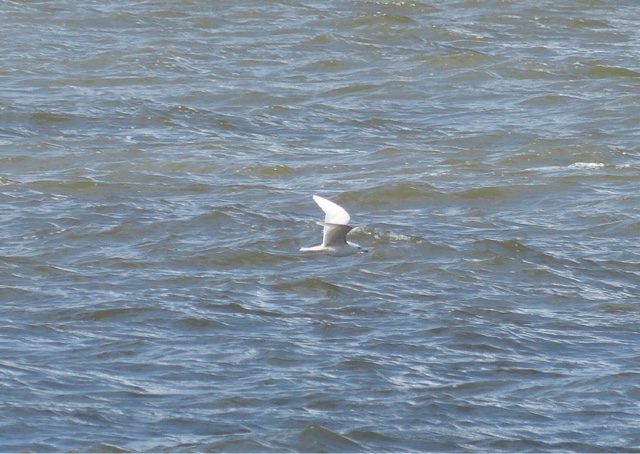 Sunny but a cool westerly breeze greeted observers this morning and it became apparent that sea-watching would be more productive than searching for grounded migrants although a few Swallows trickled through (albeit at least two were hanging around the island) and a single Wheatear was noted.  Overhead a single Jackdaw was noted as were a couple of White Wagtails.

On the sea the first two Little Terns of the year were seen - unusual for this species to be seen before Common Tern at Hilbre.  More expected were 32 Little Gulls counted all heading west.

Small numbers of waders were in evidence including three Whimbrel and small flocks of Ringed Plover and Dunlin were below the Obs as the tide ebbed and 150 Sanderling were noted on the East Hoyle tideline.

The highlight of the day was found by visiting birder Andy Thomas who informed members at the Obs of the presence of an Iceland Gull on the rocks at the North End of Middle Eye. 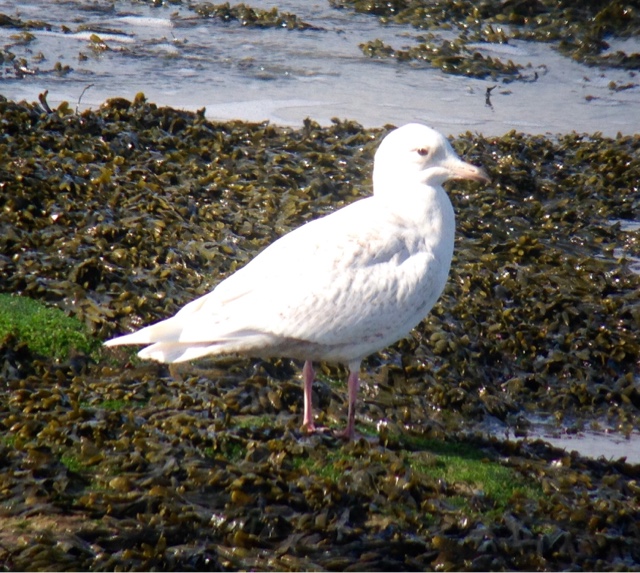 News was tweeted out (how times change!) and this was fortunate for three more observers who were already approaching Middle as the tide ebbed and so were able to 'mini-twitch' the Iceland Gull from Middle.

As a Grey Heron drifted between the islands the Iceland Gull moved from the rocks onto the sea off the west side before taking flight and flying north up the West side of the main island with other gulls.
A short video of the Iceland Gull can be viewed by clicking on the following link:  http://youtu.be/bIEYb9JZqac 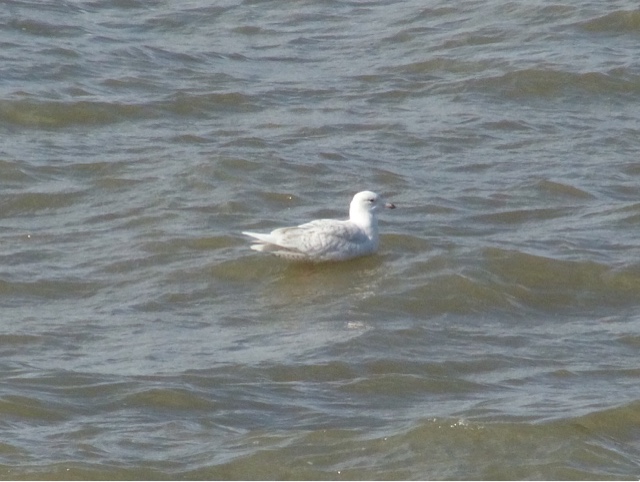 The bird flew right past one lucky observer as he left the main island. 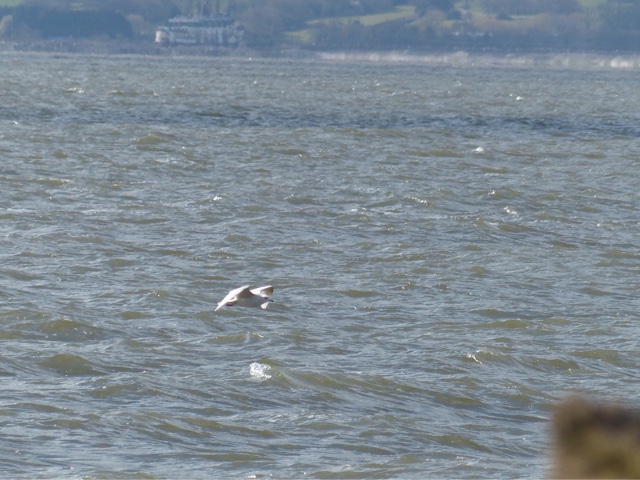 The second Iceland Gull of the year for the Obs (with the first seen on 17th March 2016) but at an absolute classic time for records on the islands and North Wirral. 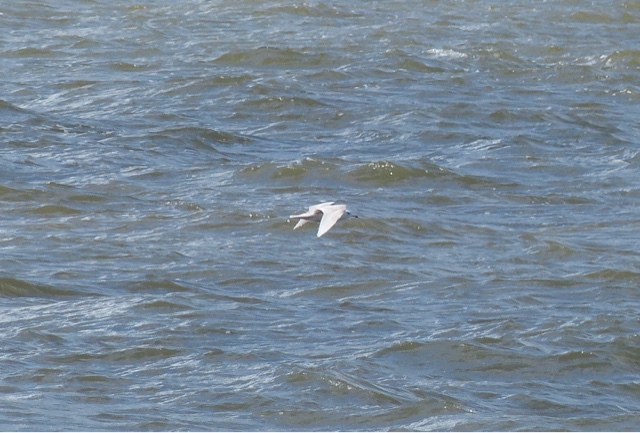