It was a very quiet morning with poor light for most of it, but after the tide there were over 200 Brent Geese around the islands and 3 Purple Sandpiper joined the 11 Eider and 1 Common Scoter at the north end. 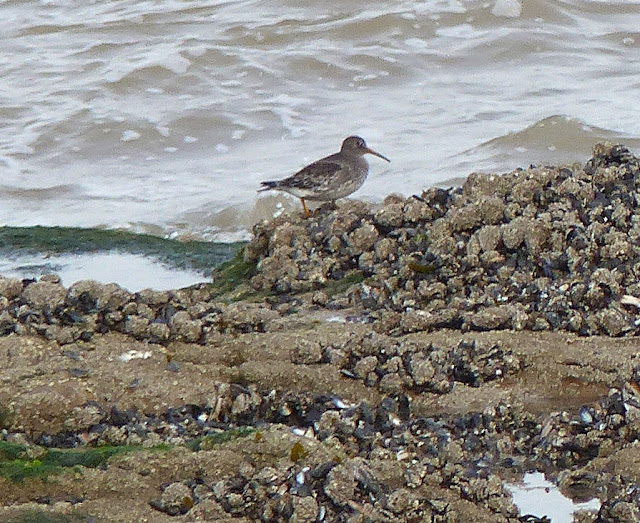 Other waders included 23 Ringed Plover, 3 Grey Plover and 158 Curlew, also a single Heron and 3 Little Egret with one chasing the others so aggressively that it put up the Oystercatchers. 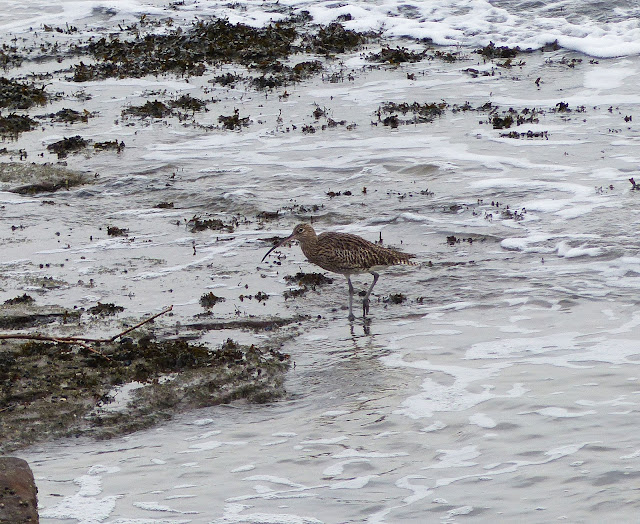 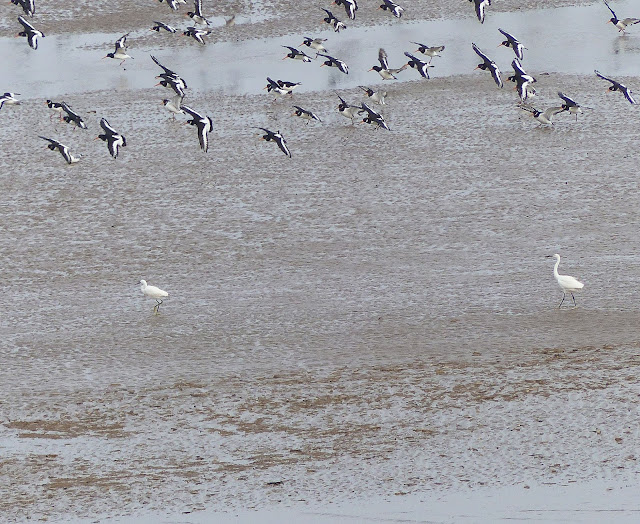 East of Little Eye were 160 Shelduck and 11 Carrion Crow. Very few passerines were down on the island but a Chiffchaff was in the Obs garden late morning with a Blackbird heard calling from the Pittosporum and 3 Starling briefly on the mast. Two White Wagtail were down by the pools on the north end and a Song Thrush in the SK paddock. 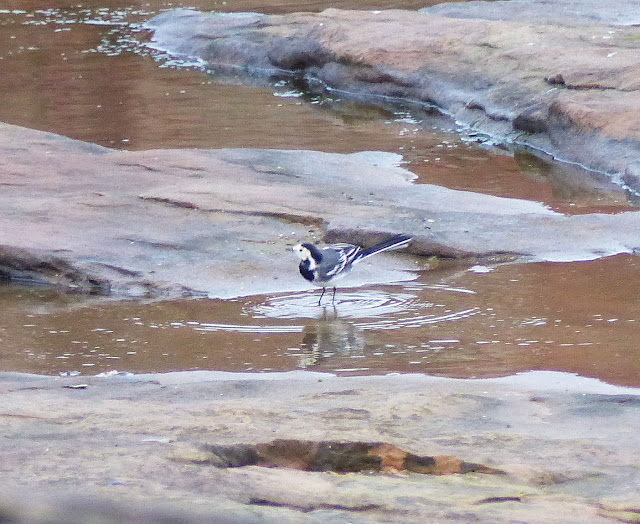 Three Skylark, 6 Redwing and 120 Meadow Pipit passed over during the morning.
photos AS
Posted by Colin Jones at 16:10