Weather: SE  2-3  poor visibility with mist around the estuary and a temperature of -1 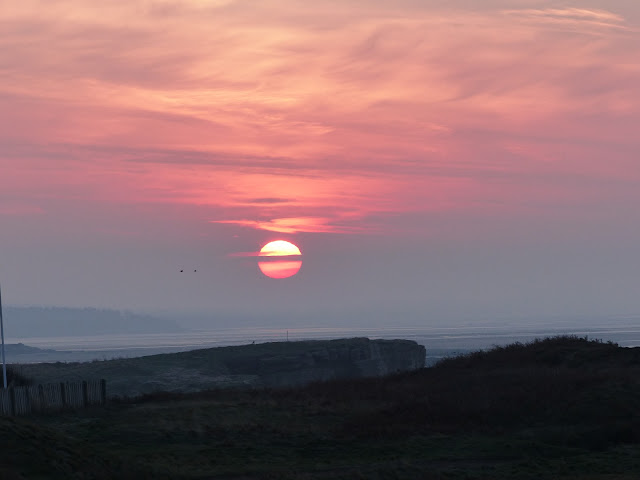 A pair of Teal were at the North End along with the Eider and 300 Knot flew past going east. 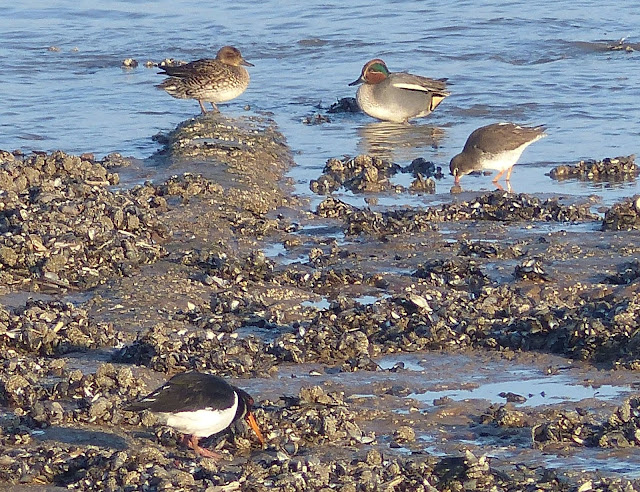 Seven Great Crested Grebe were on the sea and 9 Shelduck flew up the Swash, there were 254 Brent Geese around the islands along with 684 Cormorant. There was again a Rock Pipit at the North End, 3 Skylark flew together over the island and the usual robin, wren and Dunnock were about. 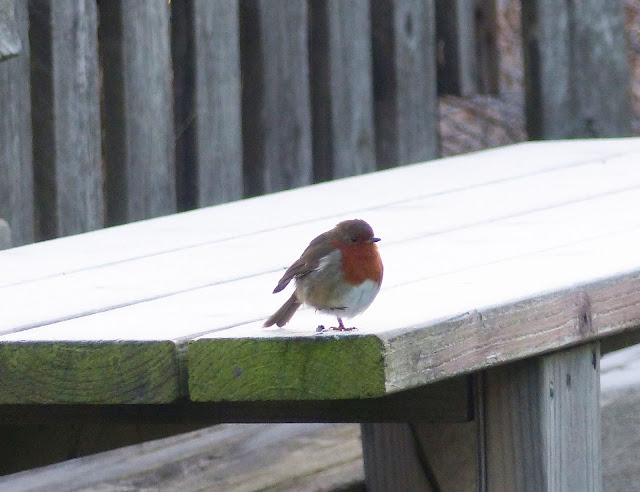 Two Little Egret flew west between the islands and a single Grey Heron was present. Waders were in quite low numbers and were disturbed from feeding in the Gutter by an unsuccessful but persistent Peregrine. 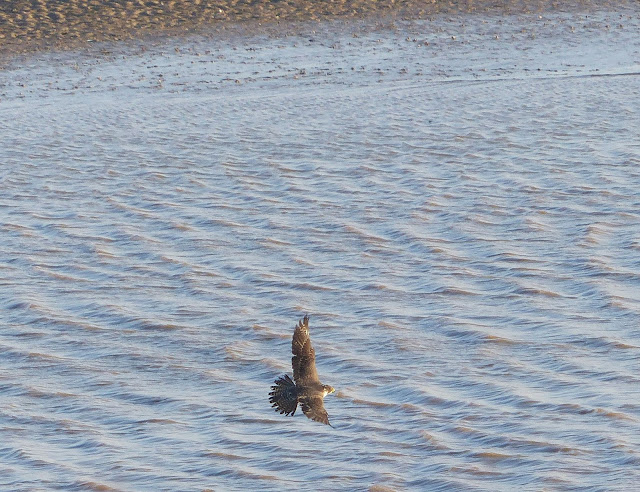 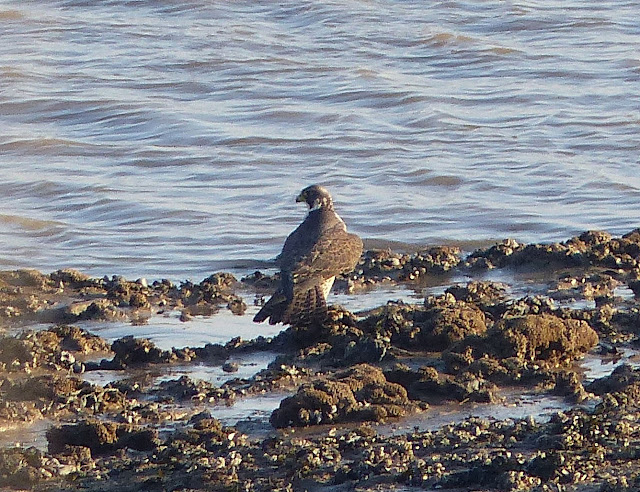