As is expected at this time of year very few birds were on the islands, however 2 Linnet and a Rock Pipit were on Middle, 2 Song Thrush and 5 Meadow Pipit on Hilbre with just a Robin, Dunnock and a few Wren. 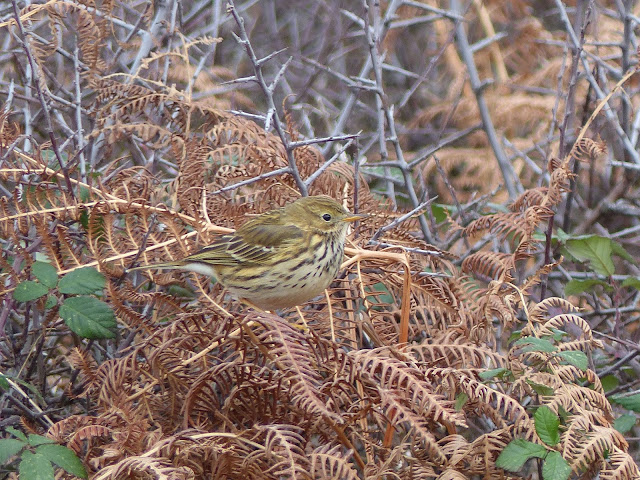 On the sea over tide 5 Red-throated Diver were seen along with 17 Great Crested Grebe a Guillemot and 173 Common Scoter. Two male and a female Mallard were in Niffy Bay and an Eider by Middle Eye.
A Peregrine put up the 8,000 Oystercatcher roosting over tide but hunted unsuccessfully, and then spent quite a while ‘playing’ on the thermals by the mast. 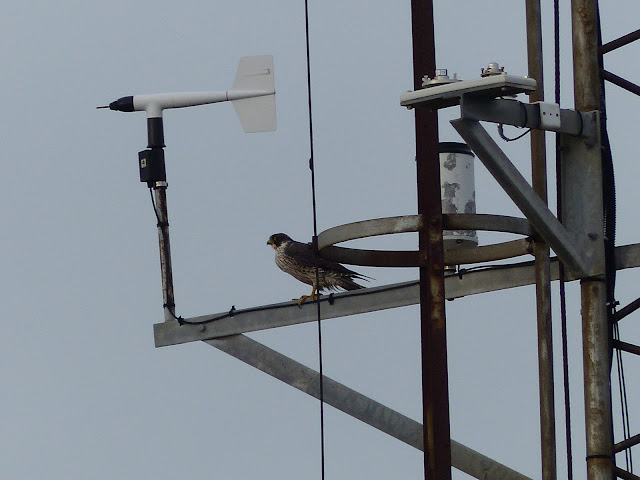 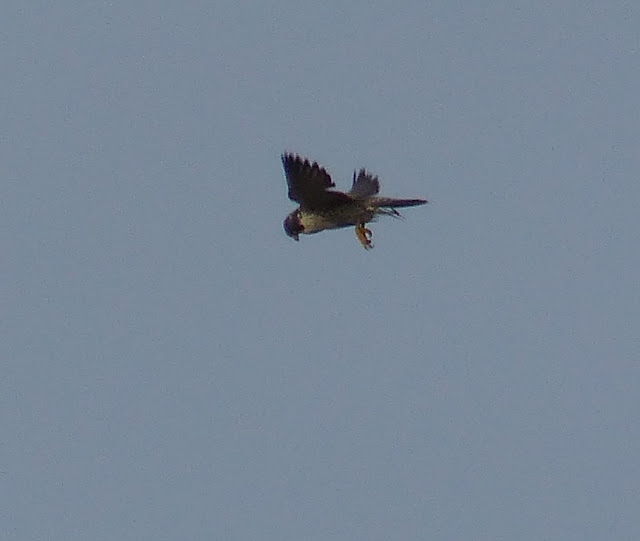 Other waders included 9,000 Knot, 630 Dunlin and 5 Purple Sandpiper. Two Grey Heron were at the north end of Middle.
An adult Grey Seal with a wound on its head was hauled out at the North End  and two younger ones seemed very interested in it. Although it looked quite unwell it did move as the tide came up. 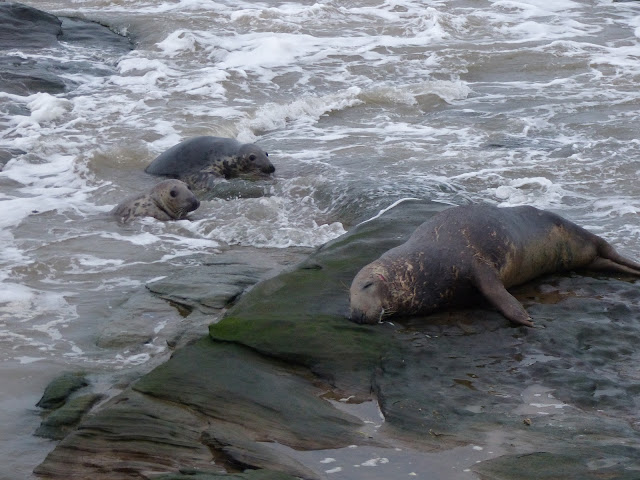 photos AS
Posted by Colin Jones at 23:08