A short visit on a grey morning produced a Peregrine on the reef between Middle and Little for observers on the way over. 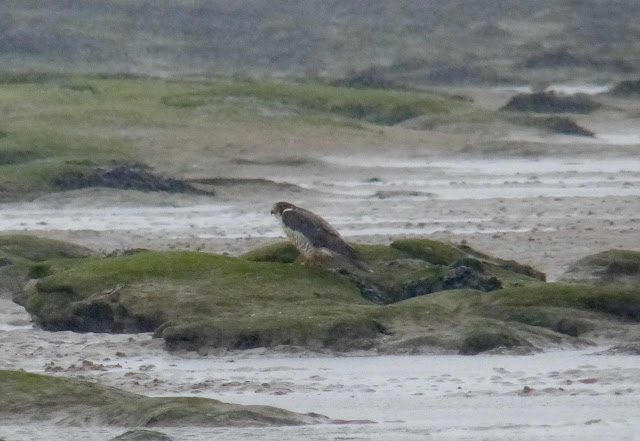 The Eider was off the North End as were 180 Common Scoter.

212 Pale-bellied Brent Geese were counted but there were certainly more present below the rocks between the islands.

Lots of waders were around the North Shore and the Tanskies.  The Great Northern Diver remains on West Kirby Marine Lake along with the Little Grebe and the returning Cumbrian colour-ringed Black-headed Gull 2J75. 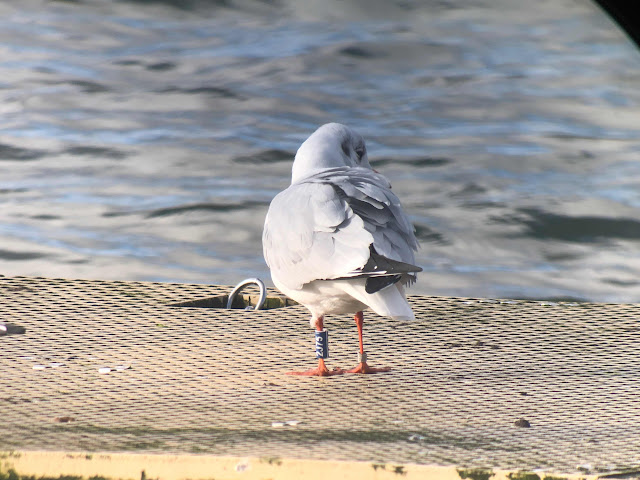 A single Song Thrush was in the trapping area and a Skylark passed over.
Posted by Hilbre Steve at 14:00