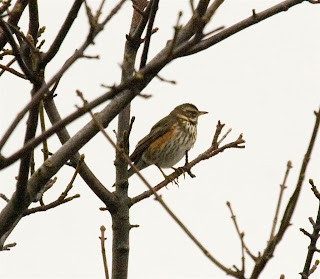 
Starlings passed over in reasonable numbers with 116 counted. Thrushes were again in evidence on the ground with 5 Song Thrushes including 1 partial albino bird setting the pulses racing for a split second or so! Four Redwings also passed through (see photo right).

Reed Bunting, a tame Chaffinch and a Dunnock were all recorded on or over the islands. 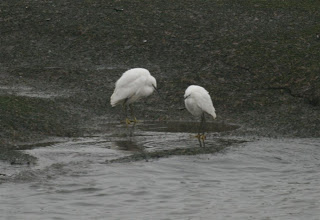 The Pale-bellied Brents increased again to 95 but only one Purple Sandpiper was found at the North End but up to four Little Egrets were seen including two with the Brents on the Whaleback (see photo left). The female or immature Eider was still present and several Red-breasted Mergansers were seen (including up to 8 on West Kirby Marine Lake - just outside the Obs recording area). 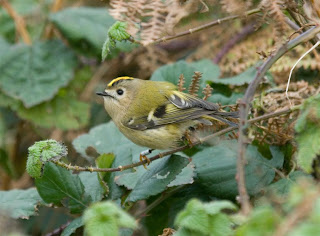 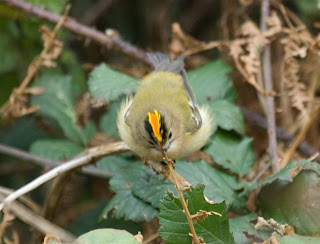 However, without doubt the highlight of the morning was a very confiding Great Northern Diver found just off the North End (see below). 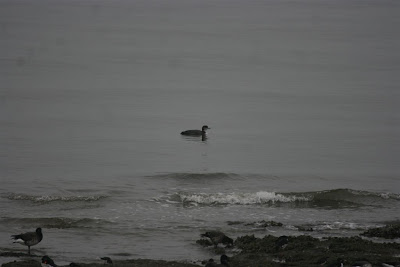 It spent the morning feeding on crabs and small fish just off the slipway and then just beyond the Whaleback. Possibly the same bird that has been seen on a couple of occasions over the last week or so. 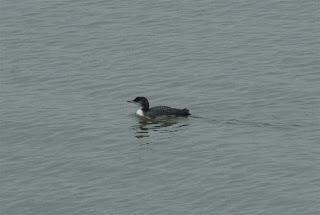 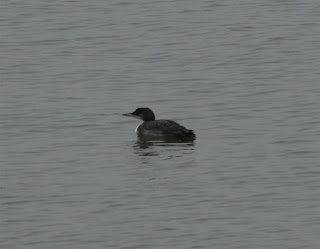