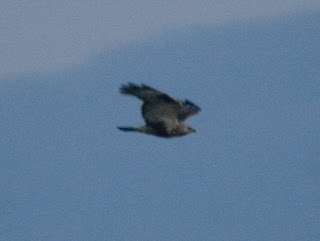 The Rough-legged Buzzard was seen to leave its roost by Stanley Road this morning and was present there up until about 09.00hrs, indeed it was seen from Hilbre hovering over the dunes.
After the excitement of yesterday today was a little less frenetic. The Great Northern Diver seems to have finally disappeared, although the Eider was still off the north end. 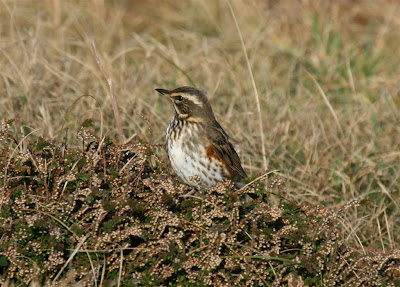 Thrushes were in good numbers especially Redwings (23) and Blackbirds (24) while other passerines on the ground included 2 Rock Pipits, a male Blackcap, A Dunnock, a Goldcrest, and a lost Blue Tit.


Two Peregrines and a Sparrowhawk gave good views while harassing the waders.
A flock of 200 Starlings flew west and 15 Skylarks and a single Brambling were also fly-over records. 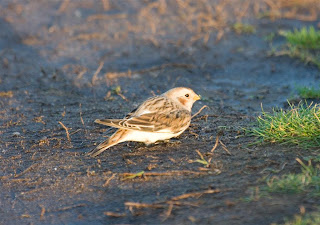 The Snow Bunting on the west path on middle was still present and gave photographic opportunities in much better light than yesterday.


Video
birds ringed were:-2 Blackbirds, a Dunnock and a Blackcap.
(DB,CJ,KMc,SRW) photos by SRW, video by CJ
Posted by Colin at 14:11