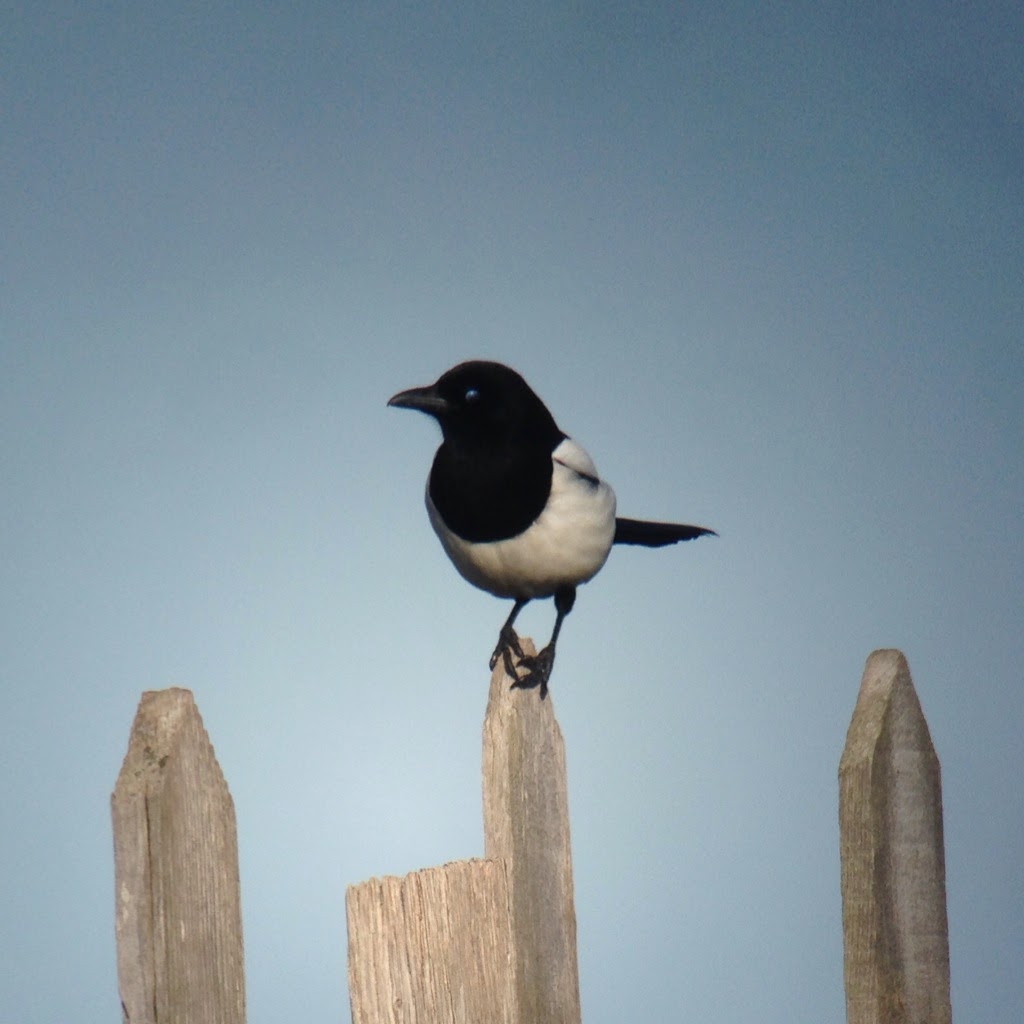 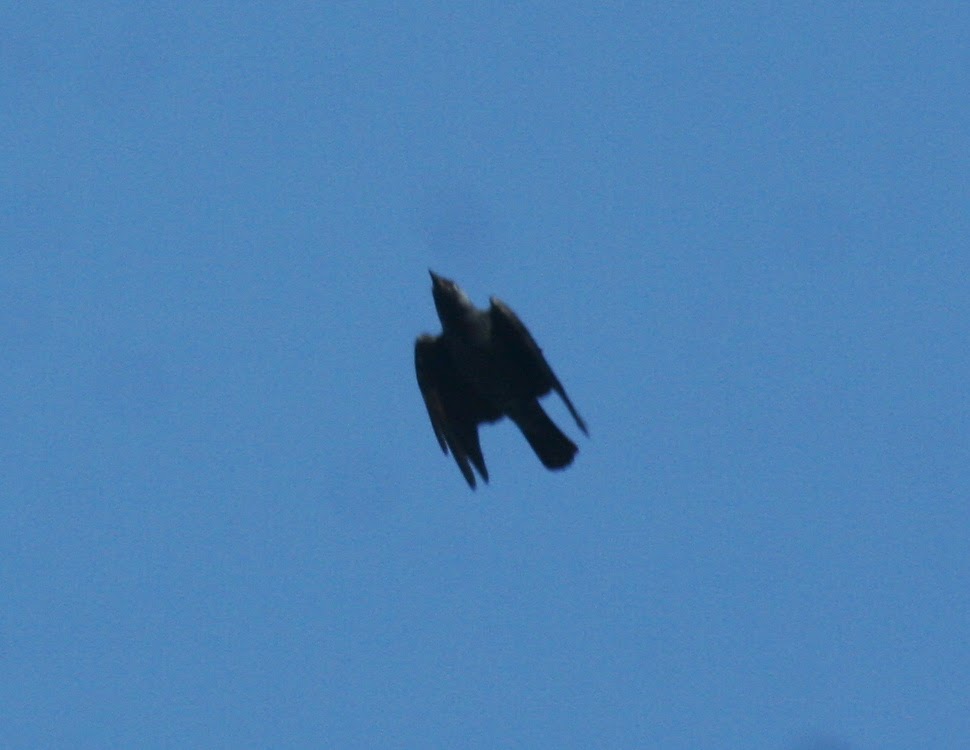 Some typical Hilbre early spring migrants today, many of which are common on the mainland but cause excitement on the island because of their scarcity. A Stonechat was on Middle soon after dawn, a Woodpigeon flew over followed towards noon by another, single Jackdaws twice called over whilst heading west (below), 2 Magpies arrived (above and left) with one staying to tour the island for a while and narrowly avoiding being ringed, and 3 Canada Geese flew in from the northwest across the north end. Pride of place however goes to a total of 5 Sand Martins which are the first to arrive here this spring. There was no big arrival of passerines but 4 Chiffchaffs, 5 Goldfinches and a Goldcrest were around the paddocks early and a Siskin called overhead as did 2 White Wagtails and 3 Pied.. Meadow Pipits were not in such big numbers as sometimes at this time but nevertheless 60 were logged. A large flock of Common Scoter were disturbed by a boat by the wind farm and were estimated at 15,000, while only 2 Gannets could be found. The Brent flock contained 2 dark-bellied birds again. A Peregrine was seen to devour a kill on the sand to the east of the island.
Ringed:- 4 Chiffchaffs                              [ 37-15 ]
(DB,CJ,KMc+SD,et al), also Scott and Liam