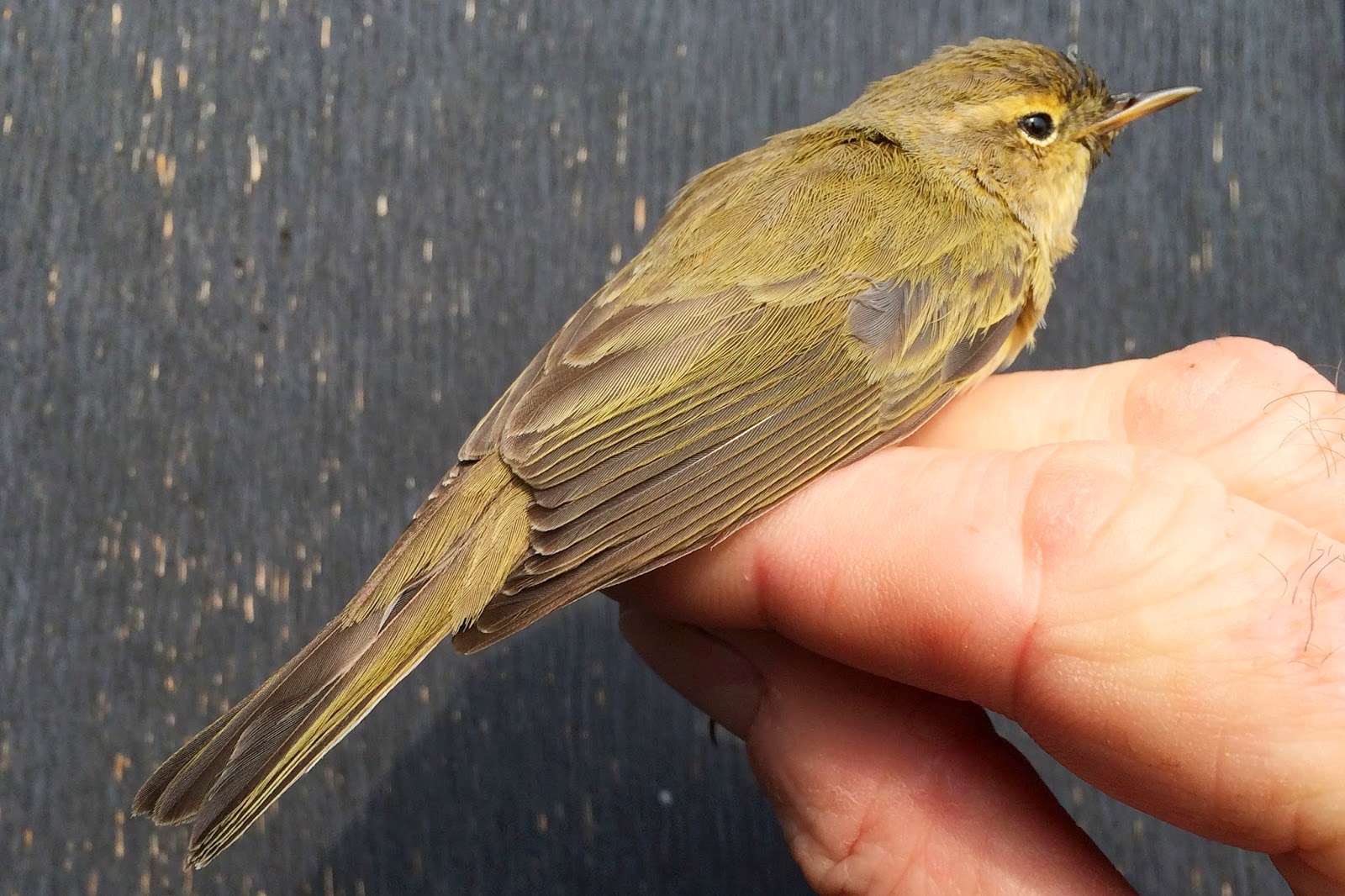 It didn't look very promising at first with a blank round of the traps, but a brief period of light rain encouraged a couple of Chiffchaffs (left) to drop in with 3 Wheatears and a few finches (during the morning were seen 5 Chaffinches, 5 Goldfinches, 1 Greenfinch and 2 Siskins). Four more Chiffchaffs arrived as the morning progressed. Well over a hundred Meadow Pipits passed in small parties, flitting across the grassy areas, while also moving were at least 6 Pied Wagtails, a Grey Wagtail, a Starling, and a Canada Goose! An unringed Rock Pipit was at the north end. The sea was difficult to observe with the mist, but Common Scoters were plentiful within reach of the islands. The Pheasant was showing well early on and then appeared to leave by walking down the south end slipway, it was however re-found later in its favourite paddock. A Grey Seal pup spent the tide hauled out in the sandy south cove (below), as the tide ebbed it had to be persuaded to move further out for its own safety. Two Little Egrets fed between the island after the tide. 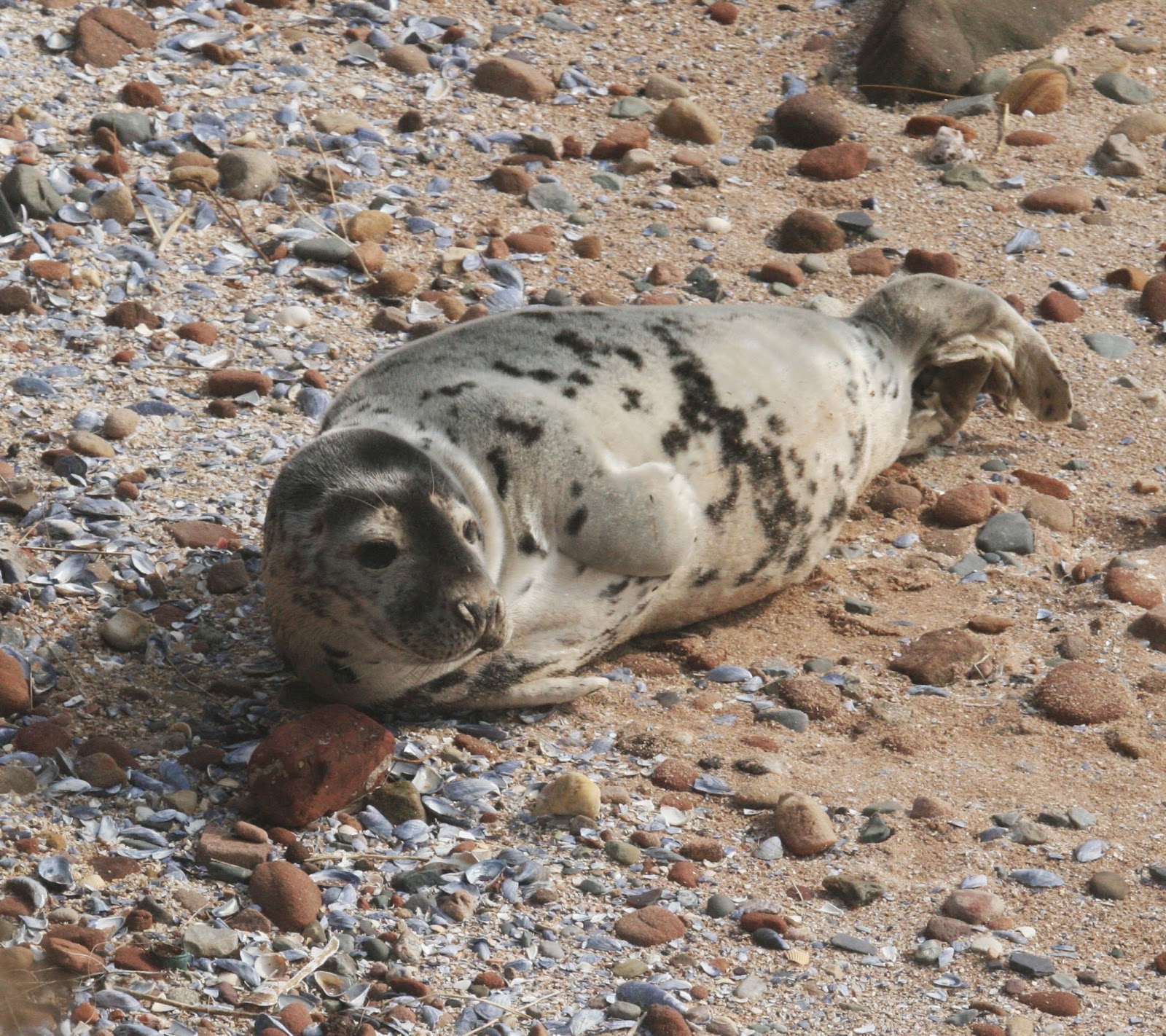