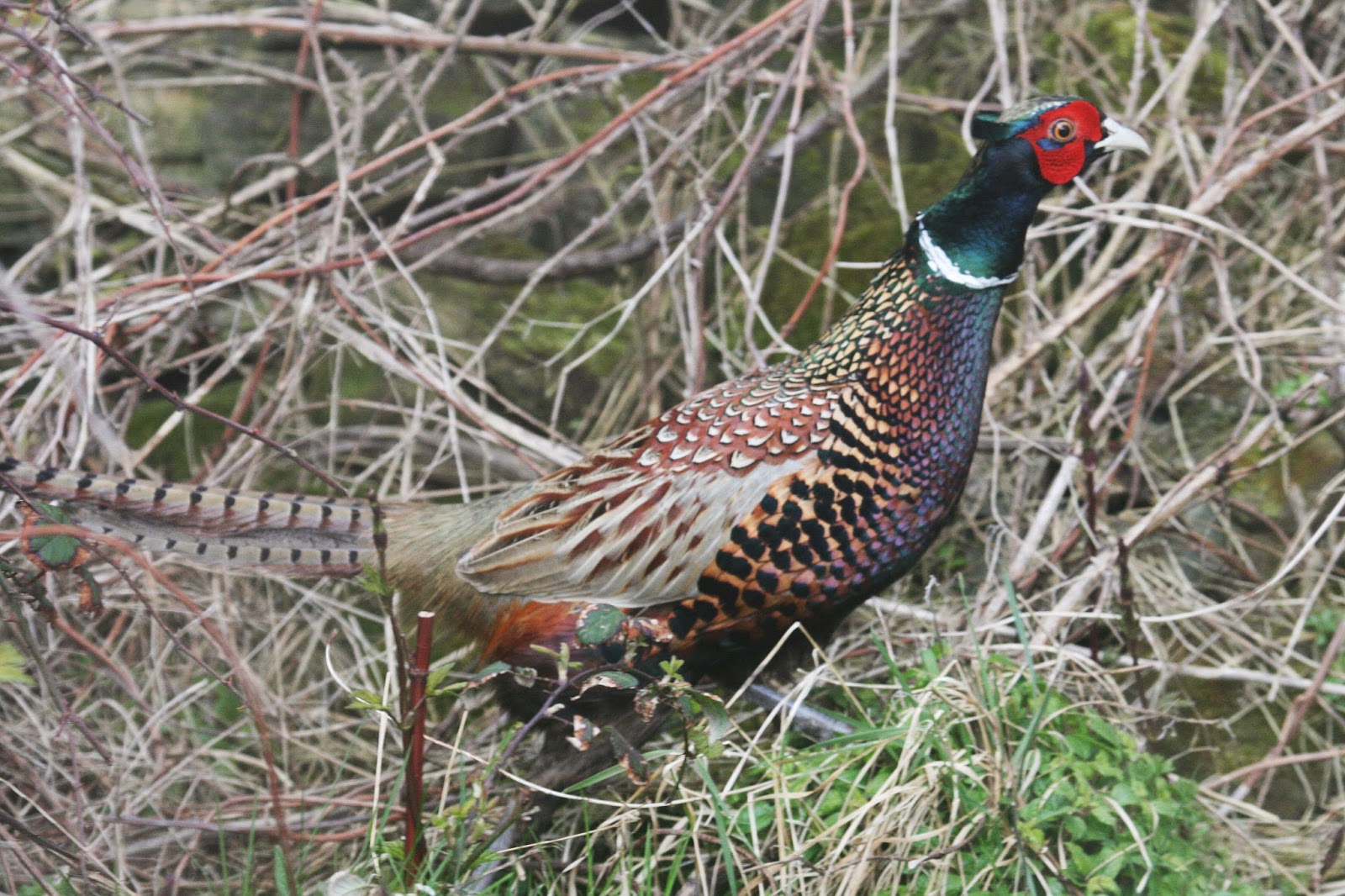 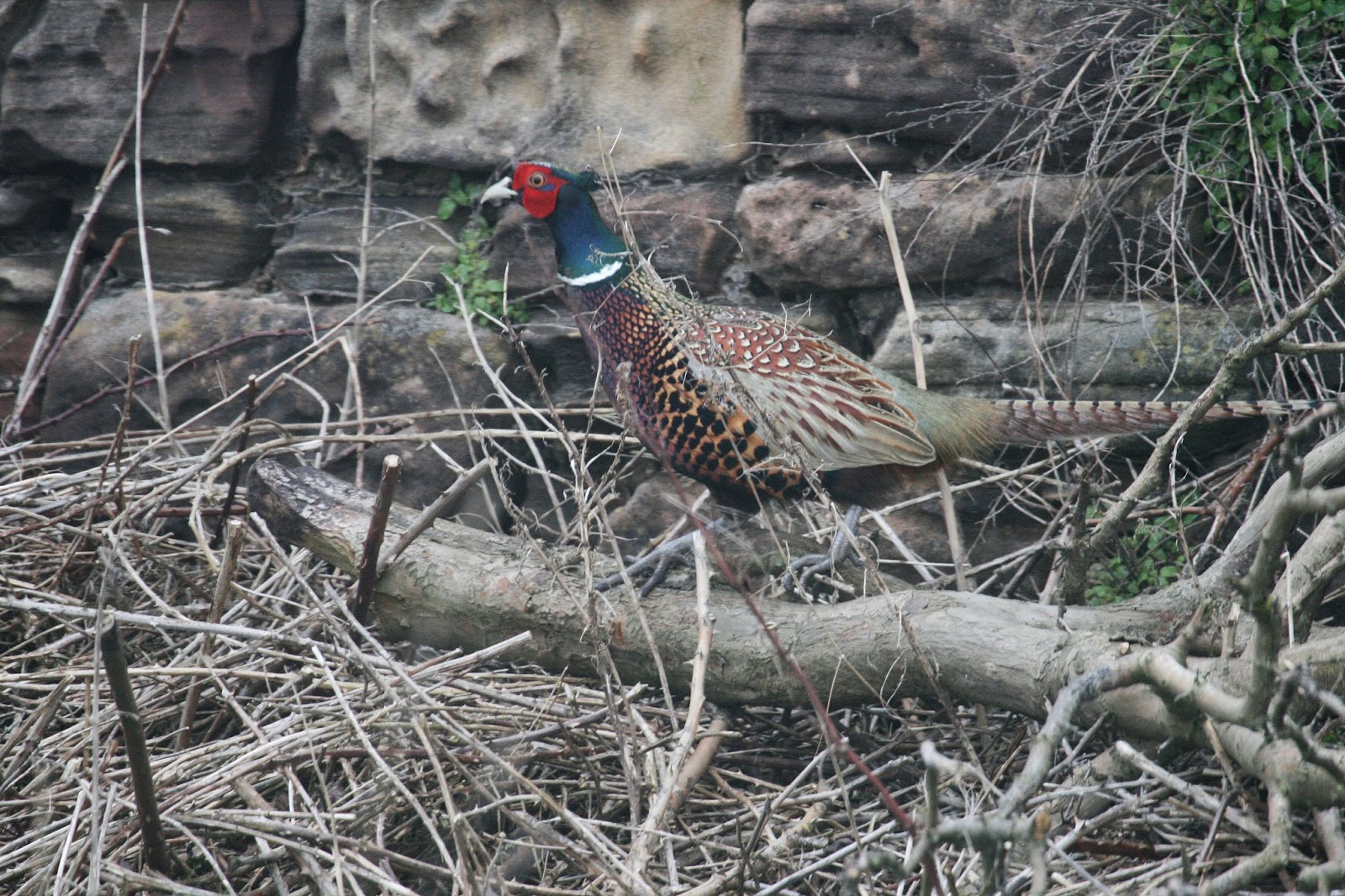 A Wheatear caught early on (the only one present) was probably the first Greenland race of the spring, however the nominate form could not be entirely ruled out on biometrics. Greenland Wheatears are more common here a little later into April. There were not many migrants on the ground but 10 Chaffinches, 23 Goldfinches and 2 Starlings went through and a Blue Tit (perhaps one of the 3 seen yesterday) stayed long enough to be ringed (below), unlike a Goldcrest that disappeared early. Later in the morning another scarce Hilbre bird in the form of a male House Sparrow joined the Blue Tit about the gardens. 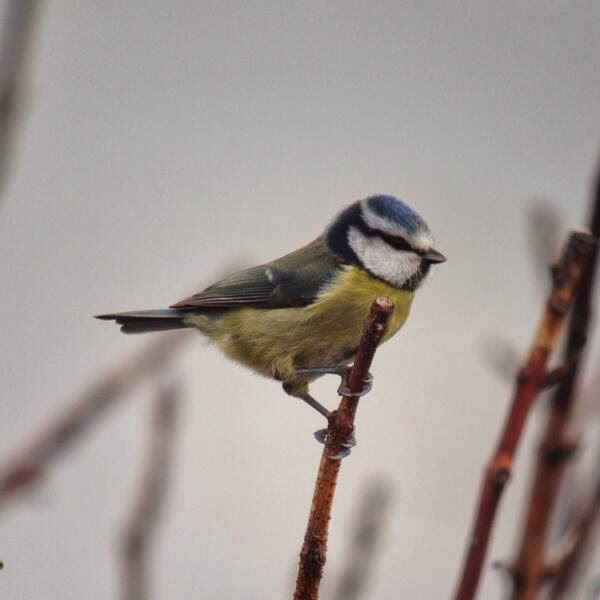 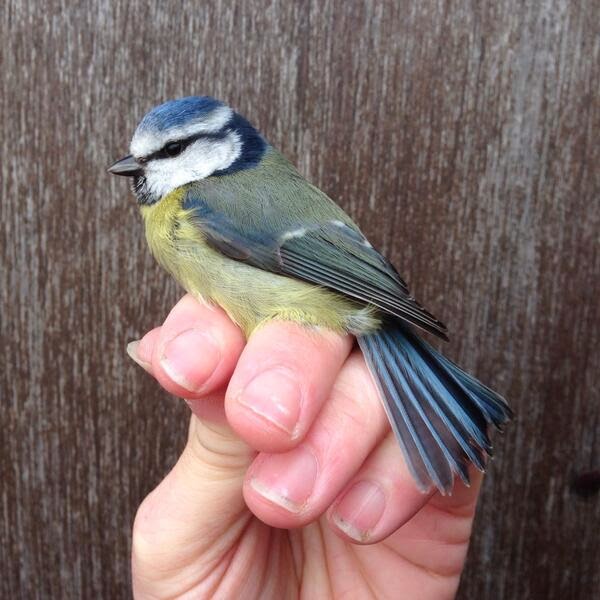 After the scarce species the excitement of a real Hilbre rarity when a male Pheasant was seen next to the five-barred gate by the top paddock, the patch often favoured by the rabbit. It entered the top paddock and then walked about by the Heli trap (above). A species scorned by many birders, Hilbre listers were delighted as this is thought to be only the second ever on the islands, as opposed to birds heard from Red Rocks when the breeze is light from the east. Both Kestrel and Peregrine were logged today, also 3 Little Egrets as yesterday.
Ringed :- 1 Wheatear, 1 Chaffinch, 1 Blue Tit, 1 Blackbird       [ 42-16 ]
(DB,CJ, et al)