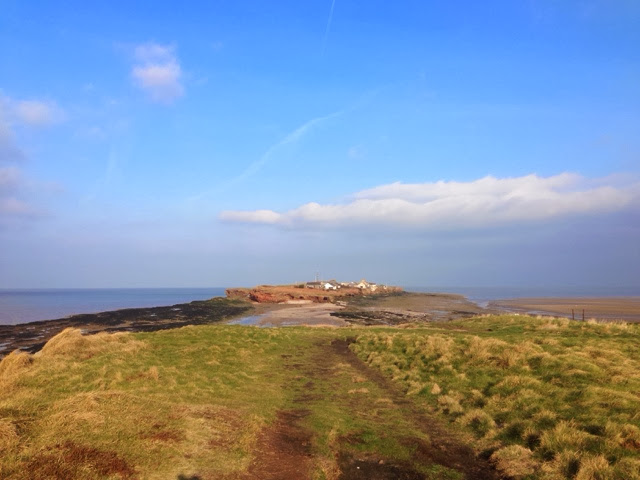 A pleasant trickle of migrants this morning with a small fall of 7 Goldcrests, about 60 Meadow Pipits passing through, 9 Skylarks in 3 groups, some wagtails including 1Grey, 23 Pied (but no White) and several finches (3 Goldfinches, 2 Chaffinches, 2 Greenfinches and a Siskin). Bird of the day was also a seed eater in the form of a Snow Bunting that flew into Middle Eye from the north, circled and flew back over the main island passing over the obs calling. A search of the island failed to re-locate it.
A House Sparrow was likewise briefly calling near the top paddock, but in this case it was never seen. Six Common Scoter continued to be attracted to the area of the gutter mouth and numbers of Brent Geese are still holding up,165 today including the dark-bellied bird with 15 Shelduck near the islands. A Peregrine was south of Middle, while the female Kestrel was still present.  A flock of about 10,000 Knot were noted distantly south of Tanskey rocks.
Frogspawn from the dried out old obs pond were transferred to the pond in the wildlife garden where they should survive better. 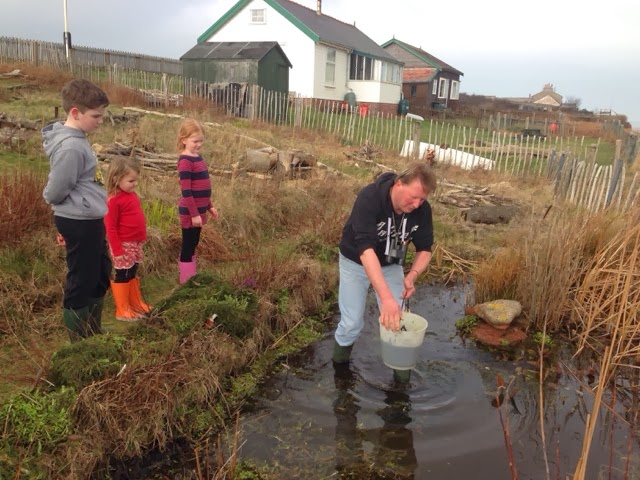