Wind SSE force 1 turning, with the tide, to NW force 3-4 during the afternoon. Sunny all day. 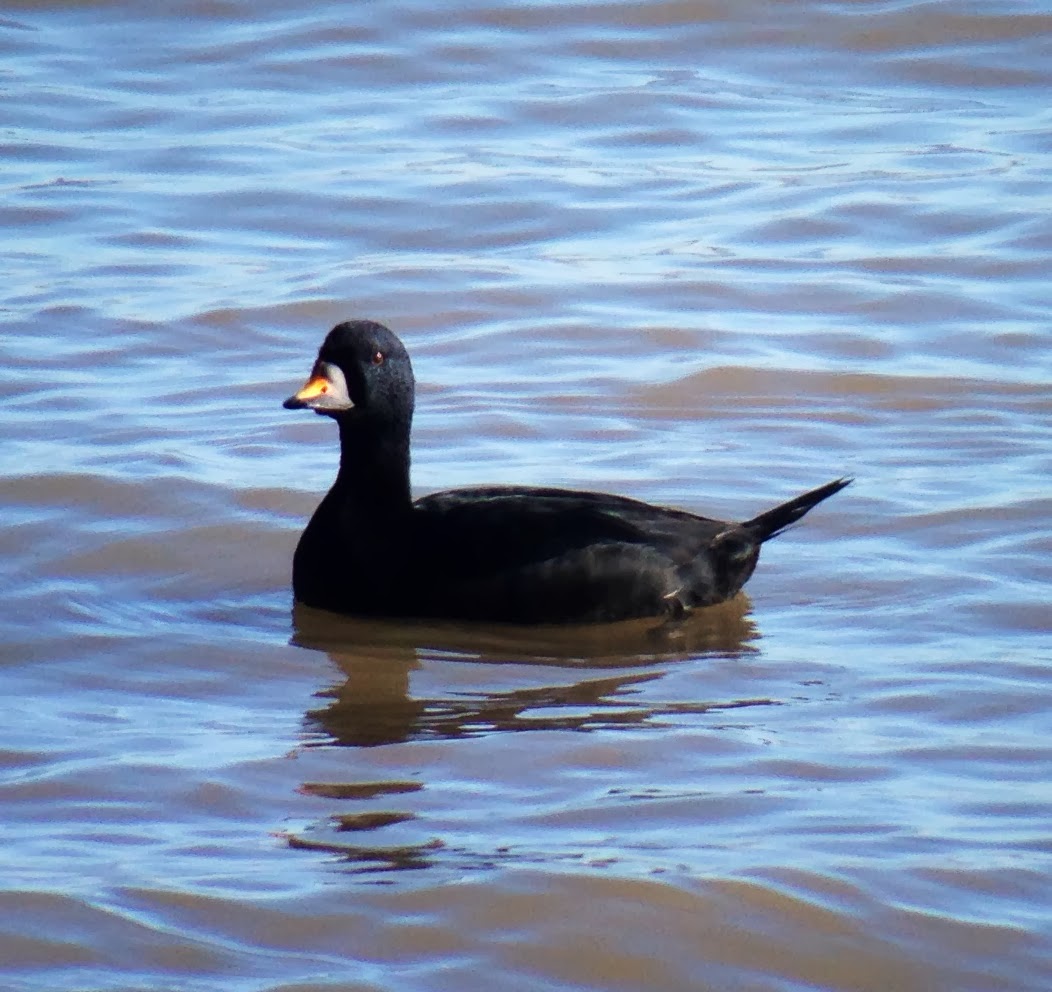 The undoubted highlight of the day was the massive count of 27,000+ Common Scoters. Arriving at the North end for a sea-watch, observers were greeted with hundreds of Scoter close in (above) and constantly moving around with thousands closer to the wind farm. 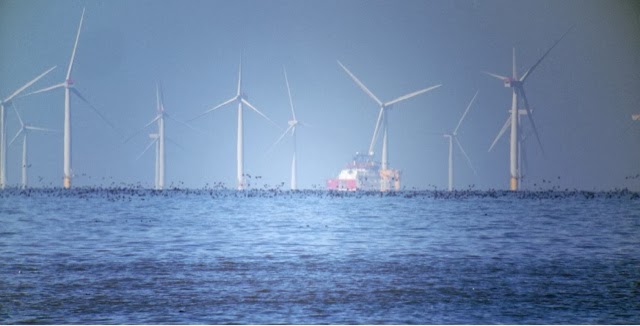 Suddenly there was a massive movement as at least 15,000 were in the air together flying East with birds moving across the horizon as far as the eye could see part of this movement on attached video. http://youtu.be/eQr1usVqKME= ) 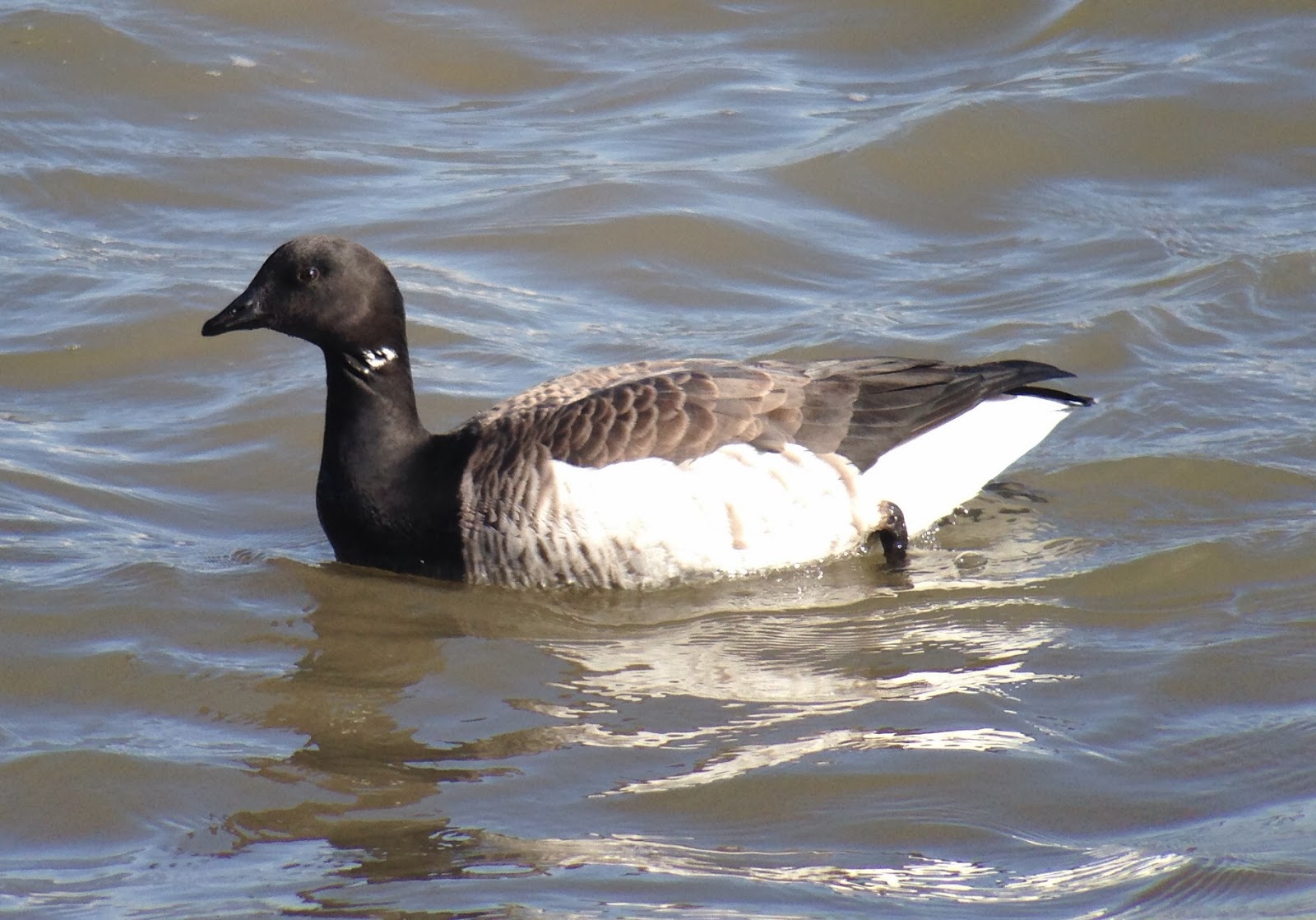 There were still some 12,000 on the sea and in the air after this huge movement so the total count for the day may well have been an underestimate.