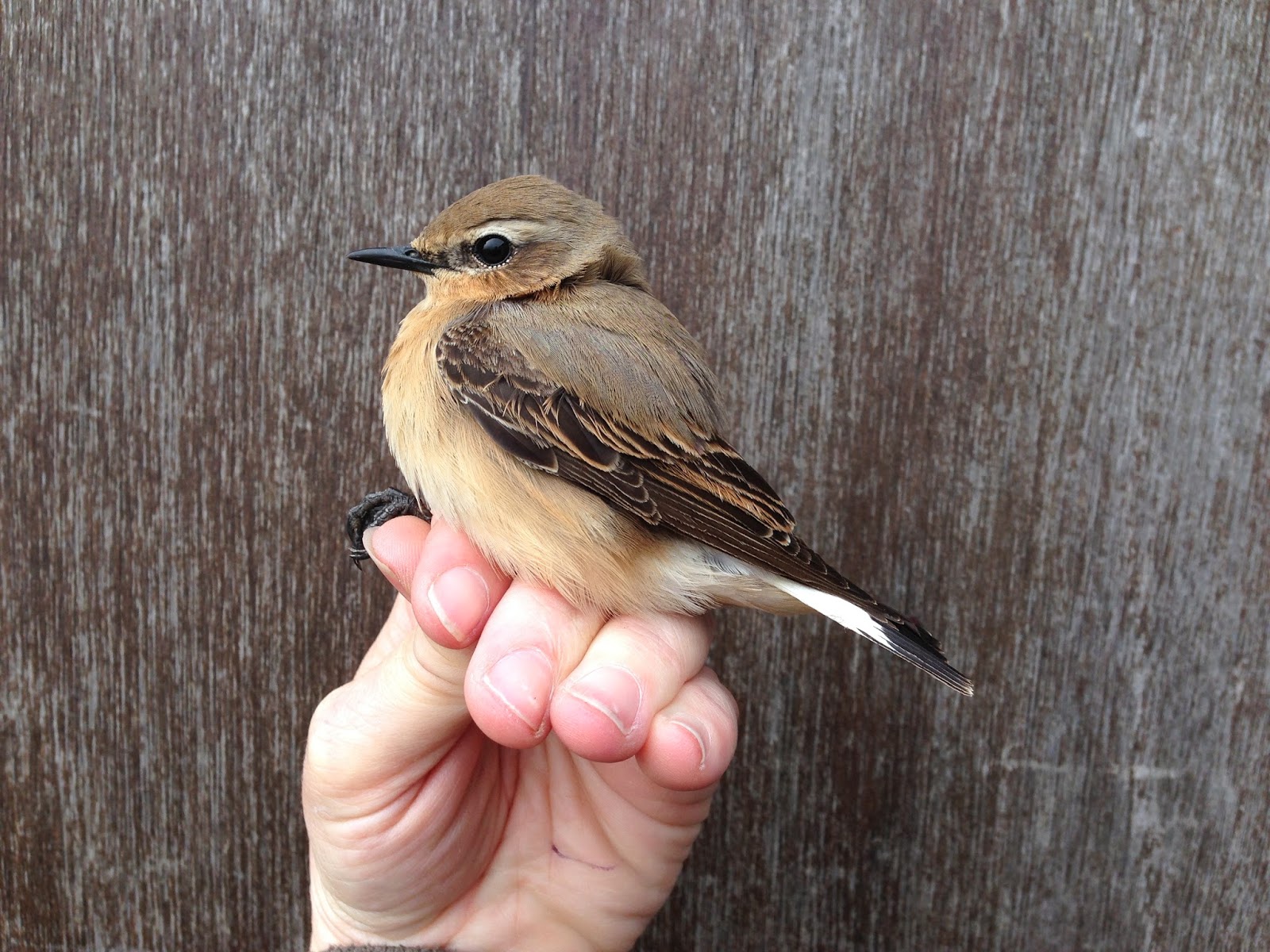 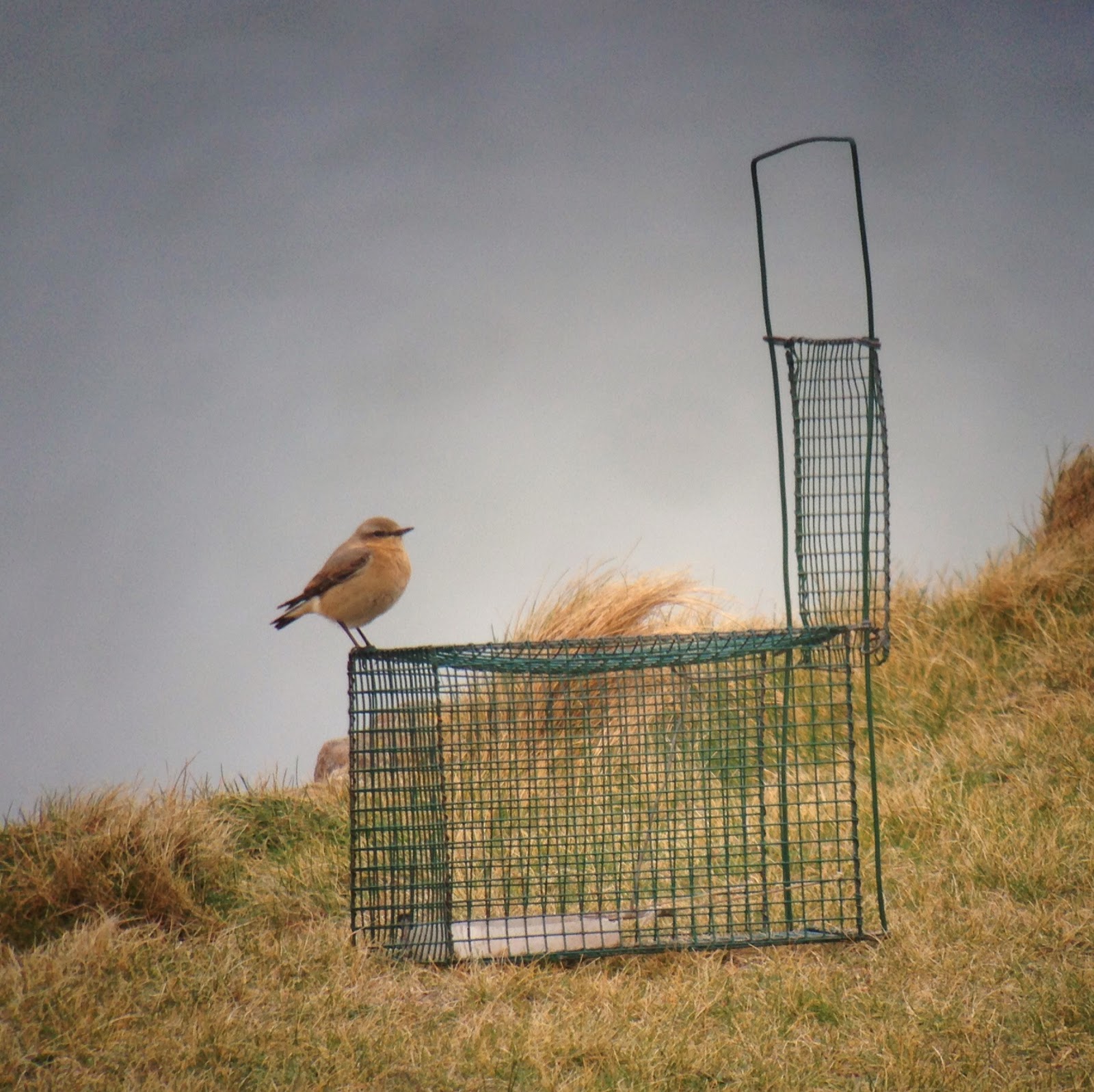 Weather:- SE force 1, cloudy, some mist around the estuary

Conditions seemed ideal for migrants this morning but they were obviously 'wrong' during the night to encourage any movement as it was quiet for the most part. A male and 2 female Wheatears arrived during the morning, and one became the first female to be ringed this year (left, looking for a way in to the juicy worms). 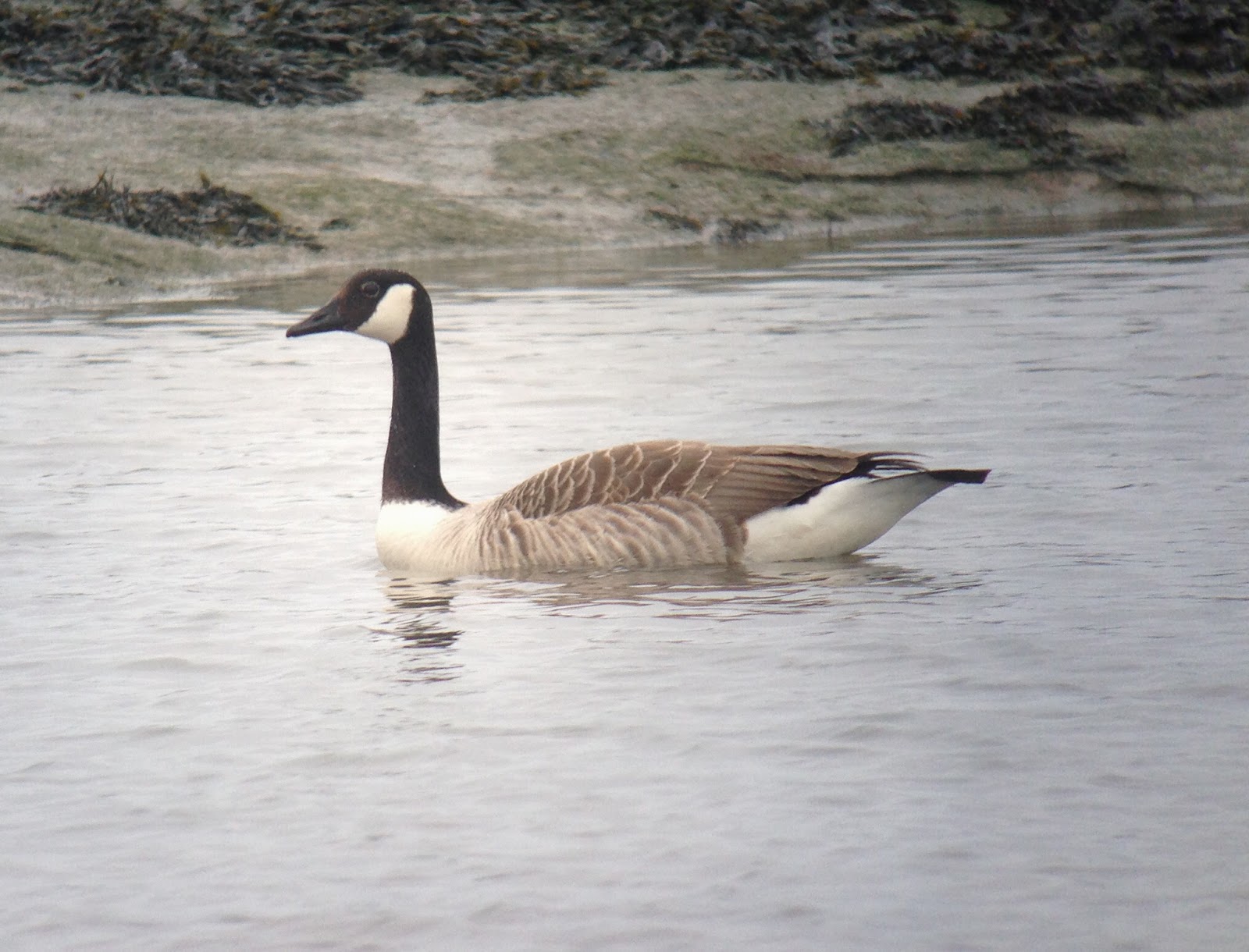 Two Canada Geese were logged, as they often are at this time and in addition about 45 Meadow Pipits, a Reed Bunting, a Pied and a White Wagtail completed a poor list of 'migrants'. Birds of the day would be a male and female Eider that flew up the west side and across the north end. Sea highlights were again about 5,000 Common Scoter towards the wind farm, while also logged were 3 Red-throated Divers and 15 Great Crested Grebes. Two Little Egrets which have been scarce lately were also present,
Ringed:- 1 Wheatear              [ 38-15 ]
(DB, et al)
Posted by Colin at 22:13