Weather : NW force 2/3
A waterspout drew attention at about 20.30hrs this evening in the north west sky descending out of a black cloud down to the sea, a rare if not unprecedented sighting. Later that night a Red Fox cub appeared on the obs veranda outside the window, another rare sighting ! A wreck of Lion's Mane Jellyfish (approximately 100) occurred on the east hoyle bank mainly around the Red Rocks area.
Below is a photograph of the Red Fox cub found in the 'wendy hut' next to Whiteleys bungalow on 6th August (see blog for that date). 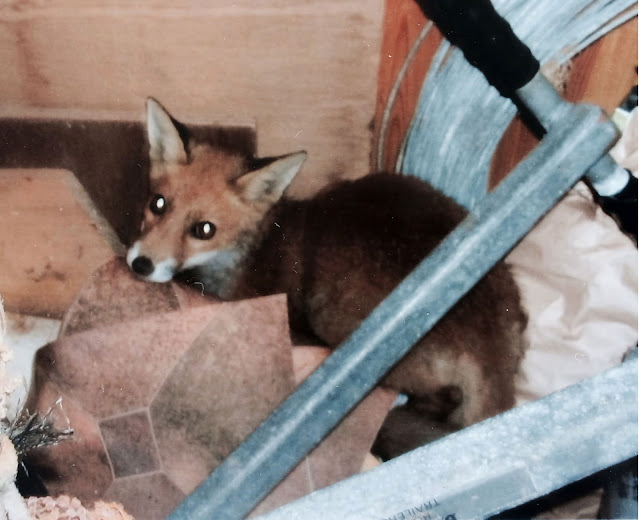