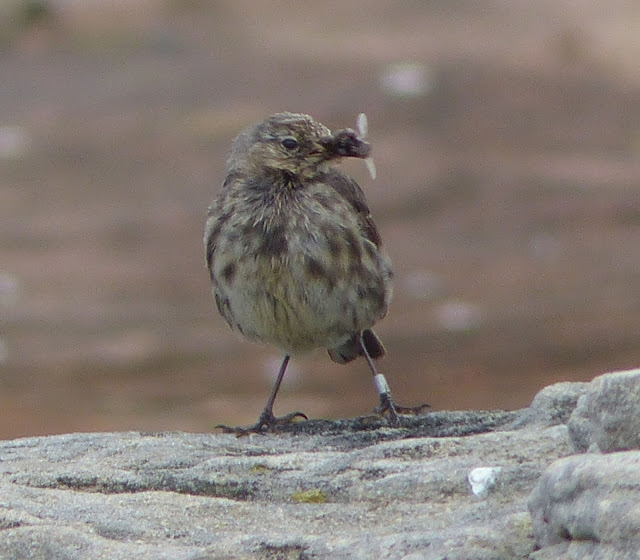 The two young Rock Pipits were being fed by both parents at the north end and are thriving so well that they were occasionally picking up insects on their own (above and below, CJ). 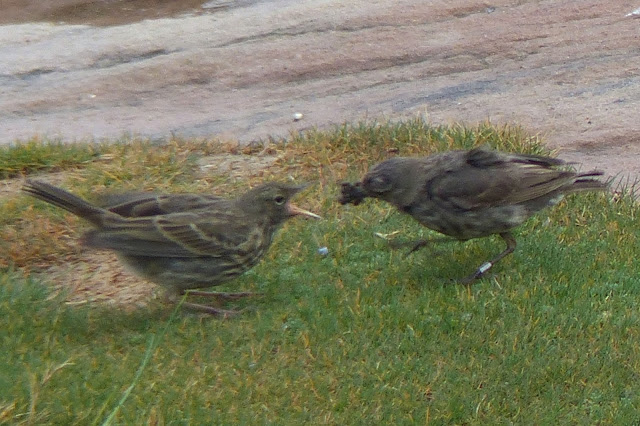 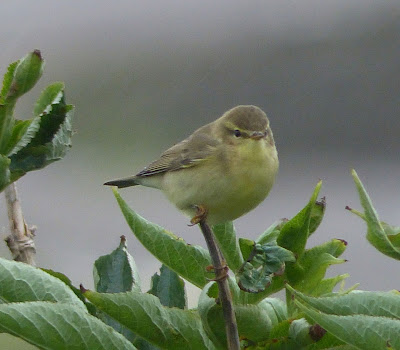 It was generally very quiet this morning with no migrants in the trapping area, although a single Willow Warbler stayed around the obs garden (left, CJ), the only other small visitors were 2 Pied Wagtails. Fourteen Swallows were feeding over the top paddock early in the morning, it was uncertain how many of these were local breeding birds, and then 3 rather late Swifts went through after a sharp shower of rain. Seven Whimbrels still call around the shore, while Turnstones continue to increase to 21 as we progress towards
the autumn.
(DB,AEH,CJ)