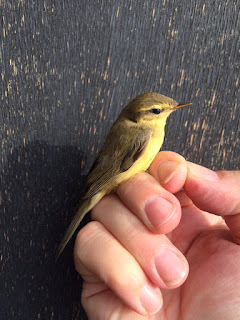 A hint of south easterly overnight brought the first small fall of Willow Warblers of the autumn, and the first to be ringed on their return journey to Africa. Twelve is a very moderate number but then we are a very small island and are grateful for any arrivals. Willow Warblers often make up as much as a third of all birds ringed at Hilbre during the year. Four or five Swallows moved through in addition to the birds that have bred, also a House Martin showed on passage. Ten Whimbrel and 67 Ringed Plover were on the log with 2 Sanderling, with flocks of Dunlin numbering 5,000. A Lion's Mane jellyfish was on the east hoyle and a Painted Lady butterfly put in an appearance in what has been a generally poor season for butterflies lately.
Ringed: 3 Willow Warblers          [ 349-34 ]
(DB,AEH,CJW)                       photos AEH 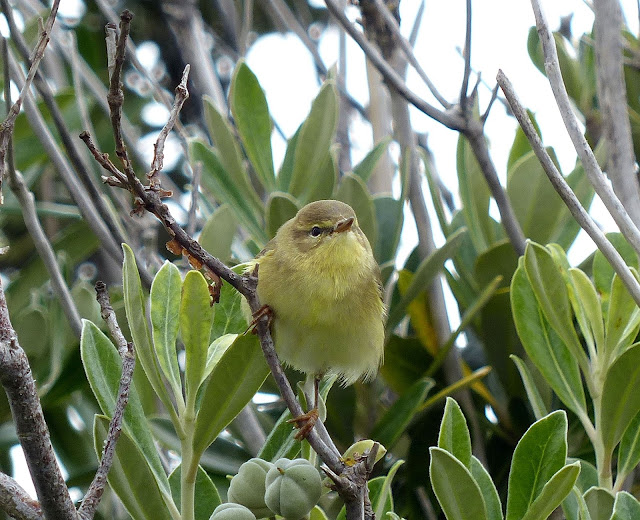