Weather: SE 1 mist around the coast 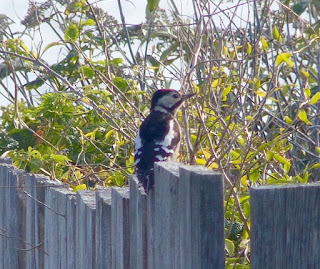 The weather conditions for yesterday and today were very similar 'on paper' but had a completely different feel, yesterday felt cool while today felt very pleasently warm in the early morning and made observers expectant of a few migrants. The birds duly arrived, not in large numbers, but a wide variety of species during the morning. Firstly a Common Snipe flew over Little Eye on the observers approach to the island, followed by a female Redstart and a Goldcrest caught on the first round of the traps. Redstarts are much more frequent in spring than autumn at Hilbre, so quite unexpected, as was the fly-over Yellow Wagtail type that also normally favours the spring. The autumn made a quick reappearance when 4 Pintail flew south down the Dee. Best bird of the day however  was seen to fly in from the sea and land on the old obs fence, a Great Spotted Woodpecker! This species is about a once a year event at Hilbre, often in October. After stopping briefly near the 'Heli' trap the juvenile bird managed to narrowly avoid the Newton trap on its way south down the island and off presumably to the mainland. 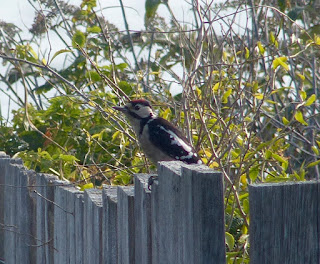 A Garden Warbler was the next entry on the list when it was seen feeding in the 'SK' paddock, but not relocated afterwards. 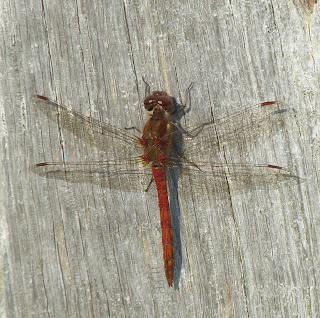 A Golden Plover called in flight off the west side and shortly after a Reed Bunting was nearly trapped in the 'Heli', but did not hang about to be ringed. There were very few passage Swallows today but a surprise came in the form of a late Swift that shot through travelling south. All the time this was going on there were up to 8 Grey Wagtails seen, 3 Willow Warblers were grounded and a total of 5 Goldcrests found. An excellent day all round.

Later in the day the sun warmed the island and a number of insects were seen including Painted Lady, Red Admirals, Green-veined White and Small Tortoiseshell butterflies as well as this Common Darter  dragonfly. 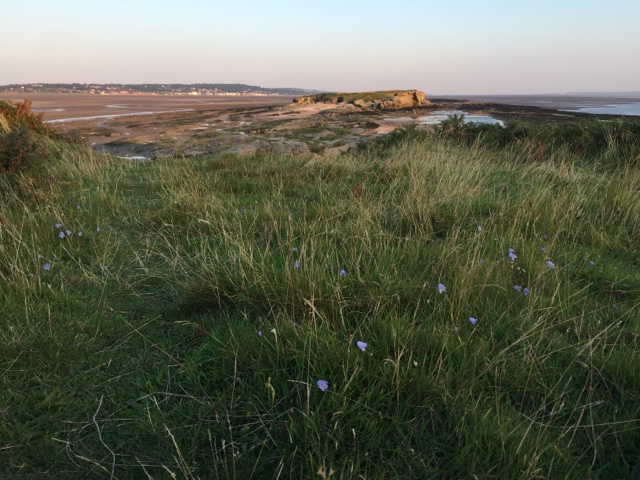 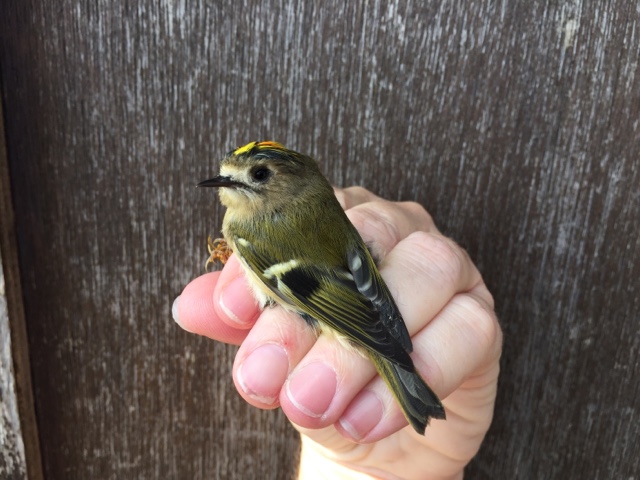 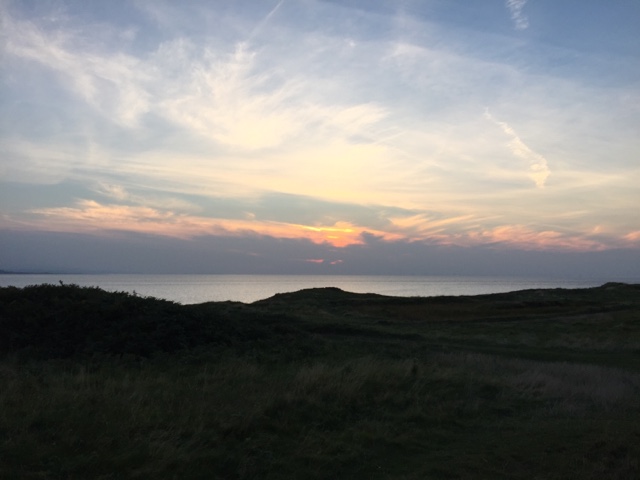