Weather: E force 1/2, later NNW force 3, fog, heavy showers, sun
We had all the seasons in one morning today as an easterly breeze (not forecast) brought Goldcrests and Robins to the island, followed by a thick bank of fog rolling in to make Middle Eye invisible from the obs, followed by a front of thundery looking rain from the west to soak the ground, and then sunshine to make it feel pleasantly warm for the remainder of the morning. The rain brought in a few more Goldcrests and in the sunshine after midday a late Willow Warbler appeared suddenly in the obs garden (below). 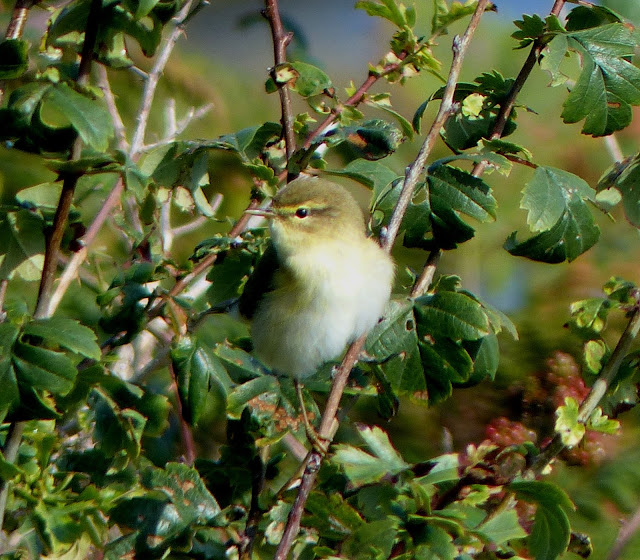 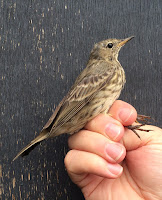 The number 4 haunted us all day with 4 Goosanders flying north out the Dee, 4 Shags being on the whaleback, 4 Razorbills off the north end, 4 Greenland Wheatears during the morning and at least 4 Rock Pipits seen including 3 which were young birds all trapped in the potters with one being newly ringed today (left) 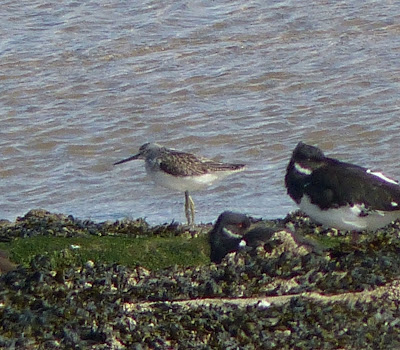