Weather: Light air, then SE force 2, soon backing to the east.  Misty around the coasts
The small migrants followed a similar pattern to yesterday with only 2 Goldcrests on the island early, again a number of Wrens continuing to find Hilbre to their liking, and with a few Chiffchaffs dropping in later in the morning. Six Pied and a Grey Wagtail were other visitors as was a single House Martin. The first Chaffinches (2) and Greenfinch of the autumn moved through rapidly and 5 Skylarks emphasised the late autumn feel, as did the 11 Teal off the east side on the flood tide. Between the islands a pair of Peregrines hunted a Wood Pigeon which seemed to disappear but must have gone to ground as shortly afterwards it flew the length of the island. Later a Merlin flew down the west side scattering the Turnstones, meanwhile the male Kestrel continued to do its thing unfazed by the other raptors.

There was no sign of any Wheatears on the island today but a single bird was on rocks at West Kirby Marine Lake as observers retreated to the mainland before the tide. 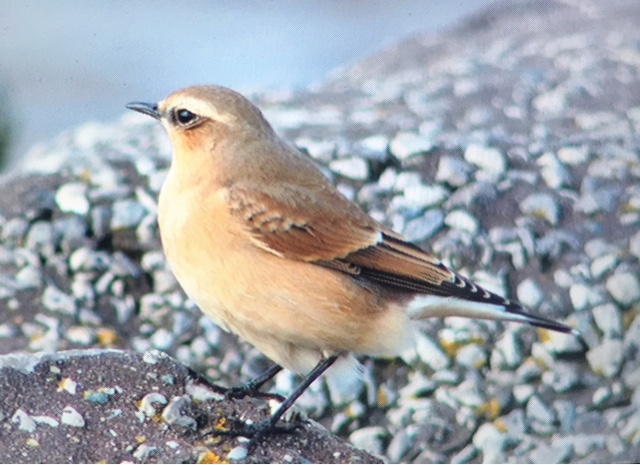 Meadow Pipit passage (see below) has been poor so far this autumn over the islands so it was nice to catch a new bird today in the potter traps which have been more used to Rock Pipits recently! In the late morning several dozen Meadow Pipits were seen crossing the sands of the east hoyle towards the shore, also a Lapwing which is a scarce bird in the Hilbre area. 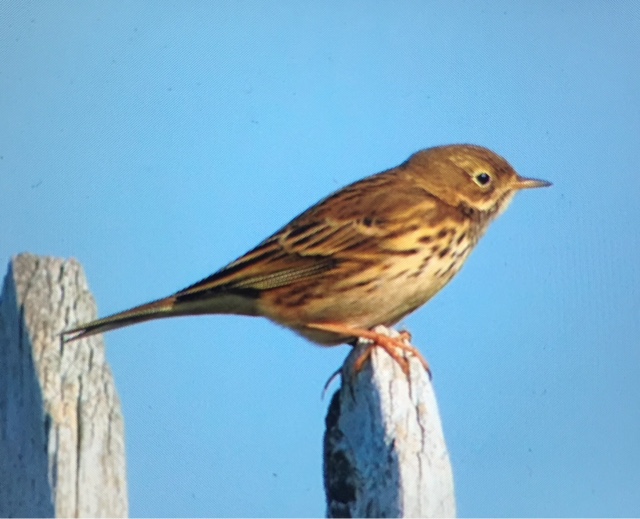