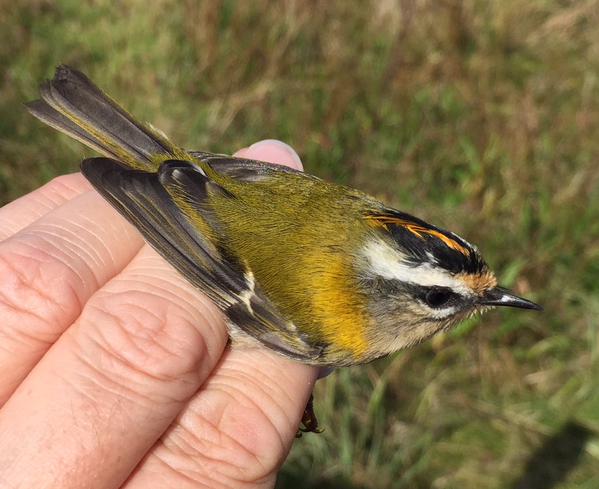 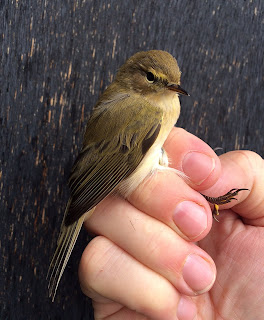 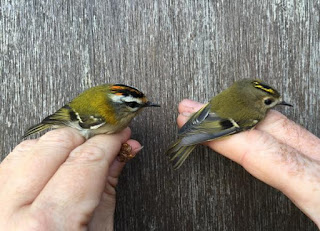 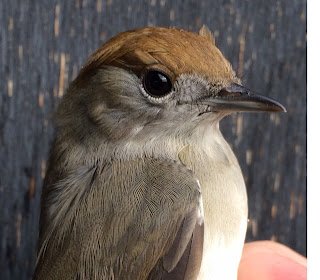 One of the better days of this September, with small migrants arriving steadily during the morning, with at least 10 Chiffchaffs, 5 Willow Warblers,10 Goldcrests, 6 Wheatears, a Blackcap, a Whitethroat, and later the first Firecrest for Hilbre this year was found near the 'heli' trap. The Firecrest was duly caught and ringed, as most have been at Hilbre over the years. Earlier a Sparrowhawk made an appearance and 60 Golden Plover flew south, which is an unusual record in modern times, while a Grey Wagtail went through and the first Song Thrush of the autumn was on the island. The Whinchat was reported to be still somewhere in the vicinity.
Ringed:  3 Chiffchaffs, 1 Willow Warbler, 3 Goldcrests, 1 Firecrest, 1 Blackcap    [ 396-35 ]
photos Firecrest & Goldcrest SRW, others AEH
(DB,AEH,PSW,SRW)
Posted by Colin at 12:57