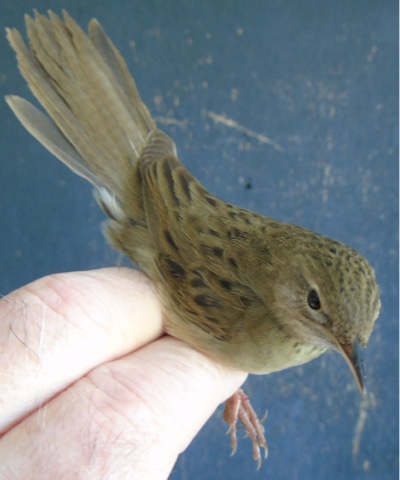 The day began with a cool north easterly wind but waders were much in evidence on the early morning tide with Whimbrel numbering 14 and a single summer plumaged Bar-tailed Godwit roosting amongst them on the west side rocks. 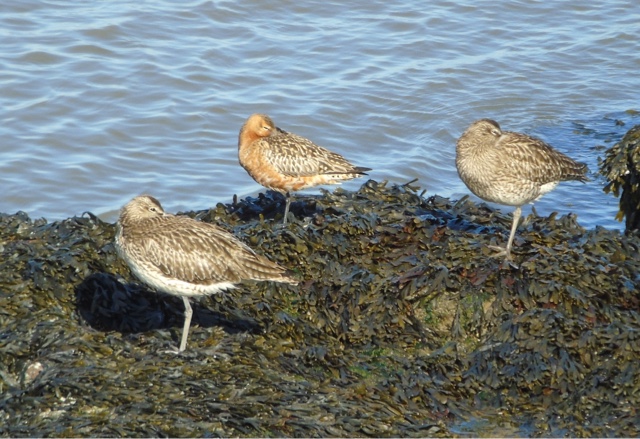 On the opposite side of the island a Common Sandpiper was heard calling and then found on the edge of a Dunlin flock (of which 1,500 were counted today).  Meanwhile a stretch of Knot estimated to be in excess of 3,000 birds was observed heading north early morning over the mainland. 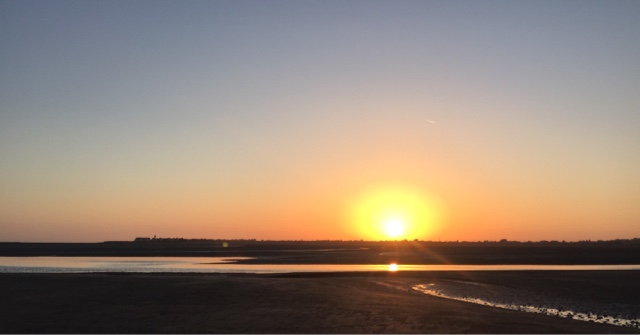 A Chiffchaff was caught in the 'heli' early on but grounded migrants were thin on the ground until mid morning when a Grasshopper Warbler was found on the 'SK' and subsequently the first Sedge Warbler of the year was heard singing from the nearby Blackthorn thicket.
A single Tree Pipit and flava wagtail passed over and a couple of Wheatears were noted but the main feature of the day was a passage of 27 Swifts which battered against the wind keeping low to the islands and occasionally just missing observers as the went.
A pair of Eider were found off the south west corner of the island and were the highlight on the sea. 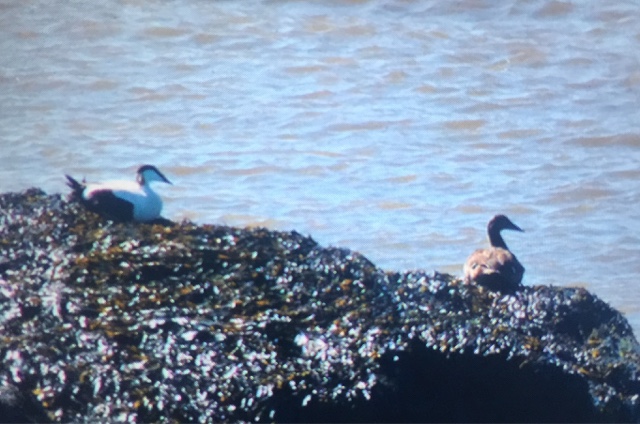