NE 0/1 no cloud but mist around the estuary early, N 2/3 with cloud building by lunch time.
Shortly after leaving the shore 800 Knot were seen flying North out of the estuary. A Peregrine was put up from the North end of Middle and flew into Niffy Bay but was not spotted again.
A lovely male Greenland Wheatear spent the morning waiting for mealworms to appear on the mound and when they didn’t he came to look through the Obs window to find out why the Potter Café was closed (below). 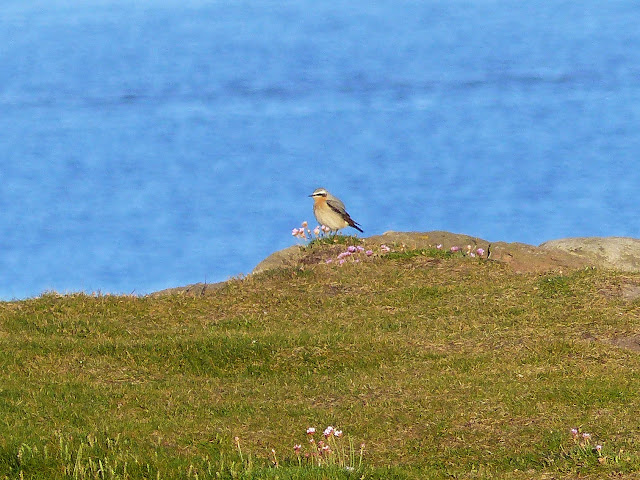 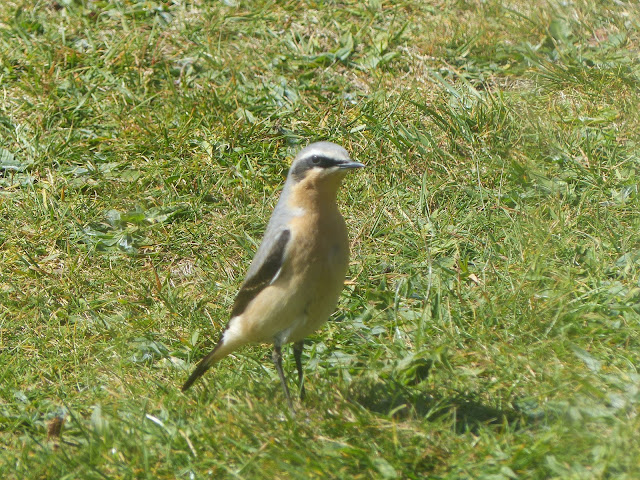 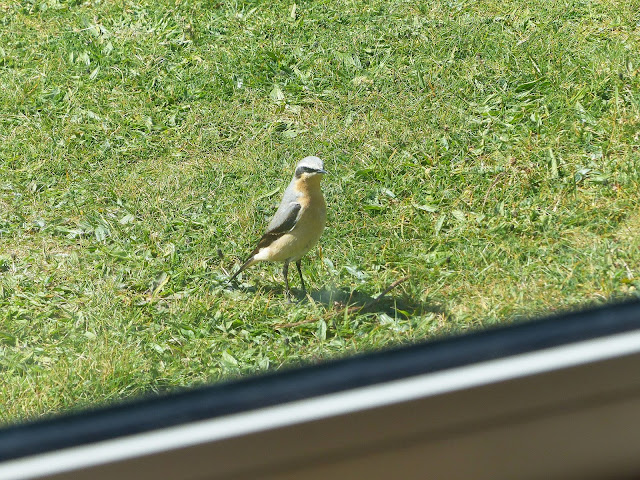 The only other migrants on the Island were 3 Willow Warbler (below). 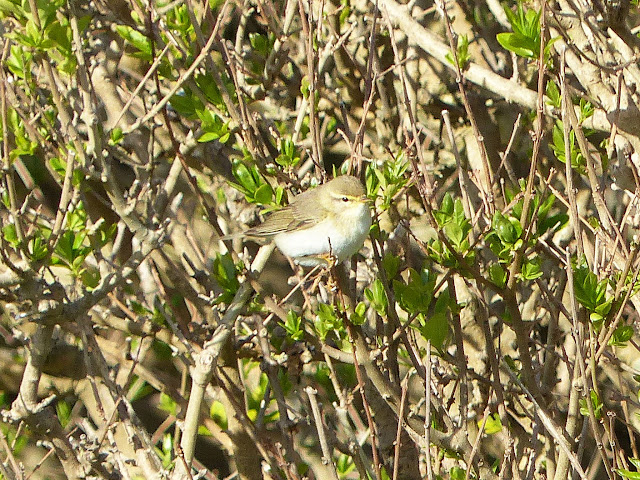 The single Brent Goose still lingers, 2,000 Dunlin roosted on the West side over tide with 11 Whimbrel and 200 Oystercatcher around the Island.
Sandwich Terns only numbered 35 and Common 3, with 3 Little Egret in the gutter after tide. Meanwhile the local Swallows are enjoying the sunshine. 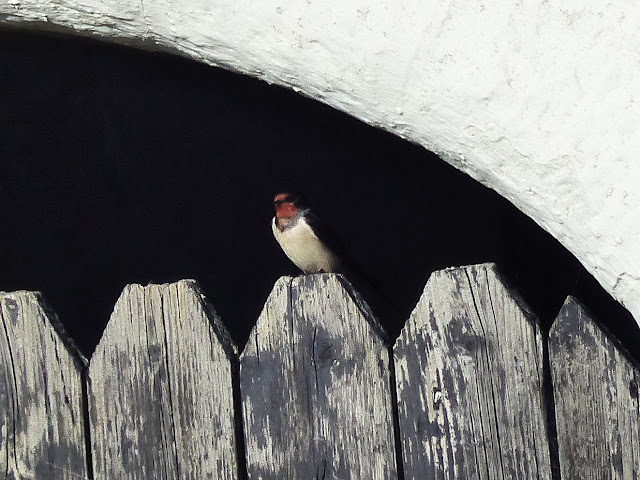 A very quiet day made special by the arrival of our first Osprey of the year which passed between Middle and Little Eye going North East at about 12.30hrs.
photos AS