Weather: SSE force 1/2, increasing later
An early start and hour before dawn was required because of the tide, during which time the first Redwing over Hilbre was heard from the obs. 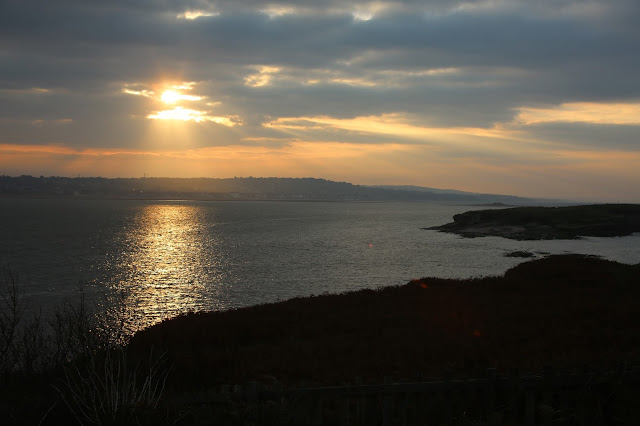 Although large numbers of grounded migrants are never expected this late in the autumn, it was quiet at first even by those standards; 2 Goldcrests were heard either end of the island, a few new Robins seemed to have arrived, while 3 Goldfinches, 4 Pied Wagtails, 4 Skylarks and about 60 Meadow Pipits moved through later in the morning as the sun came out. A bird dropped in that initially caused some excitement until it was identified in the poor light as a small Reed Bunting. Both Peregrine and Kestrel were here today. 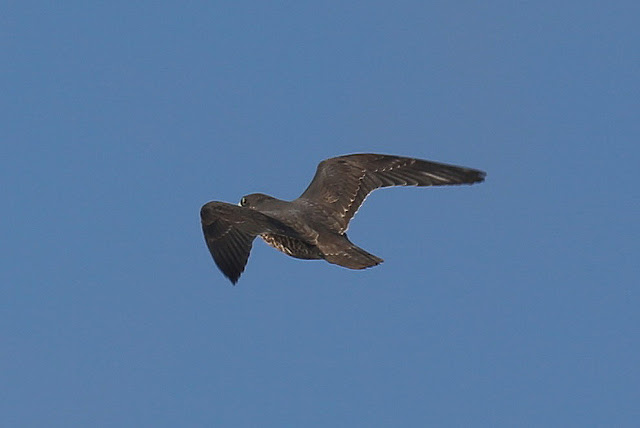 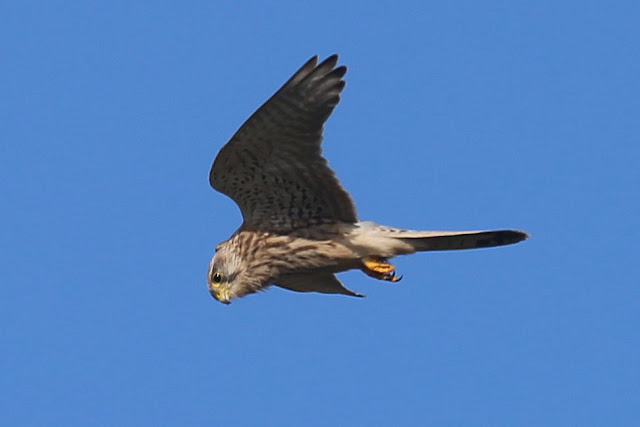 The 10 Eiders are still present albeit split into 2 groups and 88 Brent Geese gathered between the islands as the tide ebbed. Waders located this morning included 120 Redshank, 55 Curlew, 34 Turnstone and 6 Bar-tailed Godwits. A Gannet was close in to the island, also noted were 2 Great Crested Grebes and 3 Guillemots.
photos CJW
Posted by Colin Jones at 13:55