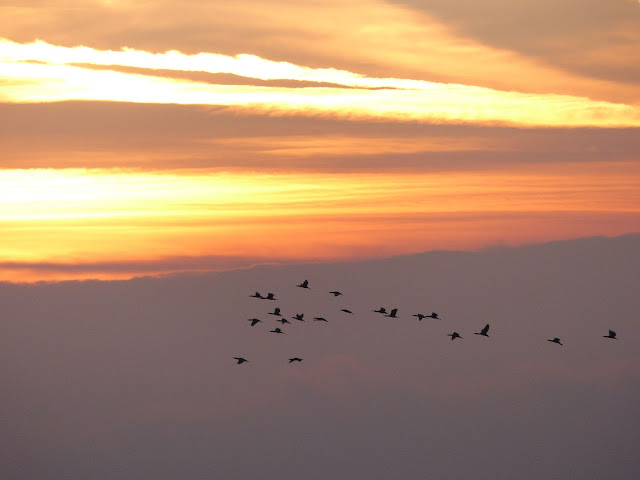 A single Wigeon and a male Common Scoter were in the gutter, the 10 Eider are still present.
Over tide 90 Curlew were on Middle and c 6,000 Oystercatcher were around the islands, the roost being disturbed a few times by a Peregrine which was around from early morning, a Kestrel was also noted. After the tide 100 Shelduck were along the marsh tide edge and 2 Little Egret on the West side of Middle, Brent Geese numbered 98.
Passerine movement was much lighter than yesterday but a total of 56 Greenfinch was a good record (one group consisted of 40 birds). 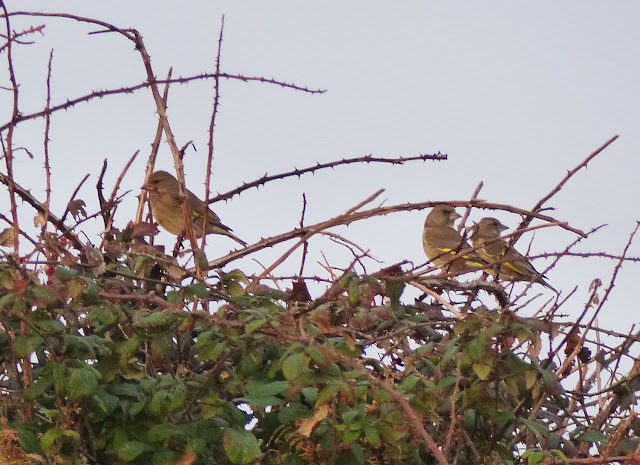 A Blackbird and Reed Bunting were in the obs garden, 8 Chaffinch, a Starling and 7 Skylark passed over. 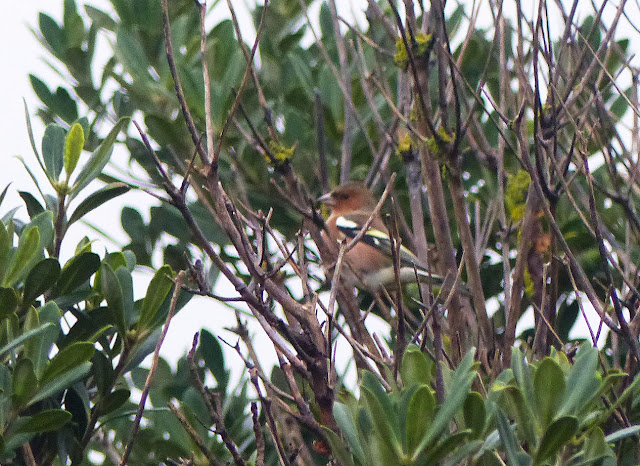 A distorted mushroom was found and is thought to be one of the Wax Gill family, possibly Scarlet Hood (Hygrocybe coccinea). 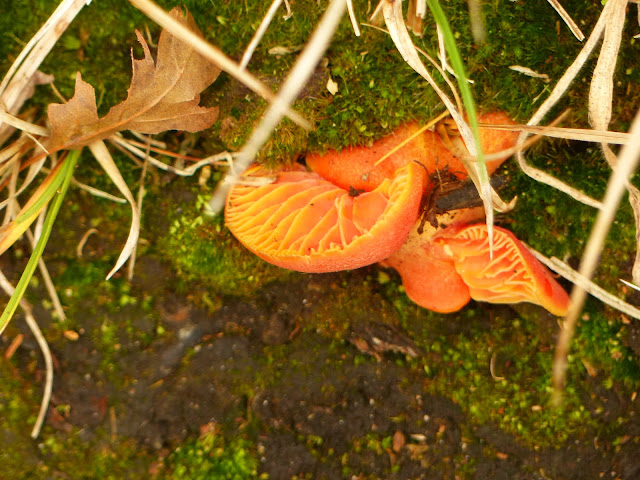