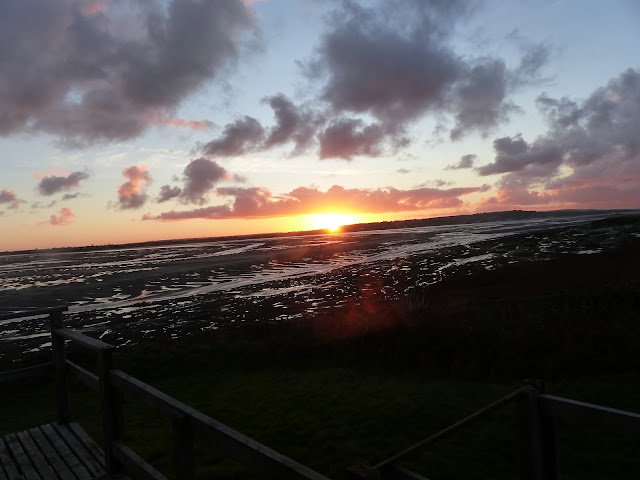 A much calmer dawn on the islands today saw a great reduction in seabird numbers, as expected. Only 650 Common Scoter were recorded along with 2 Great Crested Grebe, a Razorbill, then a single Guillemot in the gutter. Forty five Shelduck were on the tide edge as it ebbed and 35 Brent Geese were on the sea West of Middle. The roost on Middle consisted of 4,500 Oystercatcher, 70 Curlew, 100 Herring Gull and a single Bar Tailed Godwit. Other waders included 140 Redshank and 10 Turnstone (mainly in a small roost in Niffy Bay), 18 Sanderling and 16 Grey Plover. 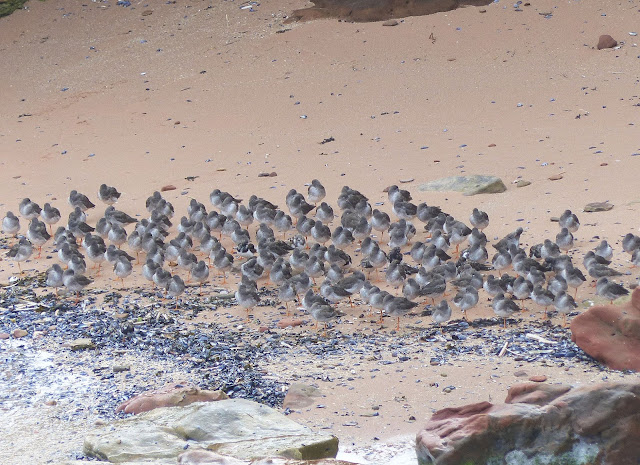 The Blackcap ringed yesterday was still present and a male Blackbird was in the Obs garden early, (the  first for some time and hopefully there will be more thrushes moving in the next few weeks), along with a couple of Goldcrests and a loudly singing Robin (at least 7 Robins were on the island). Other passerines included 2 Goldfinch, 4 Rock Pipit at the North end and 40 Meadow Pipits, 2 Skylark flew over. The Kestrel was again present. 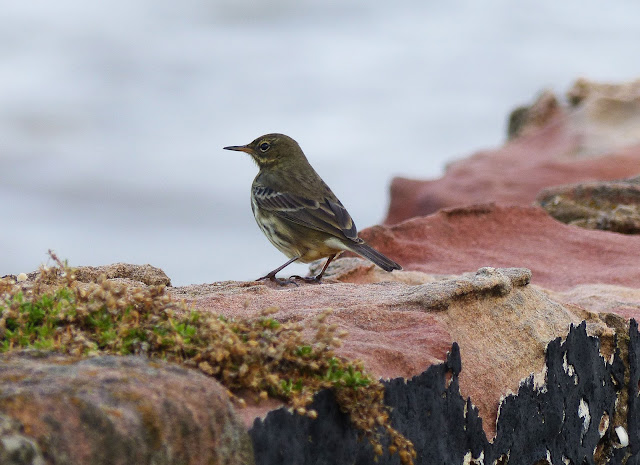 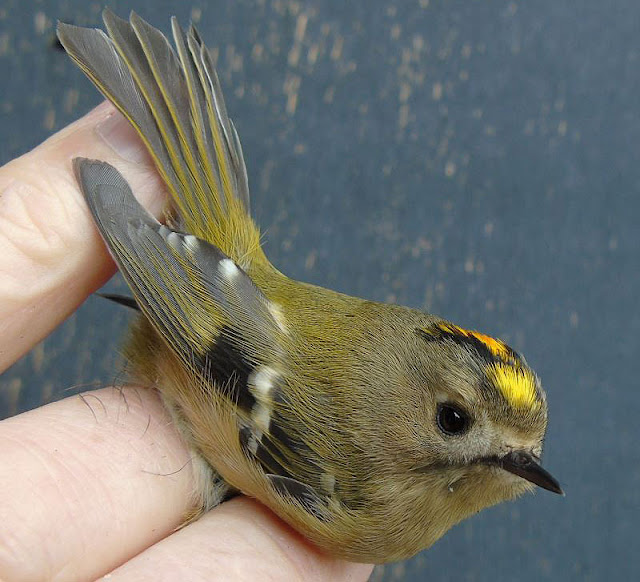