Curlew which have failed to breed are starting to return and nineteen were around Little Eye following the morning tide, with 3 Heron looking like they had roosted on Middle. A Little Egret was wing flapping in the rock pools to startle fish into movement  and three more fished in the Gutter. 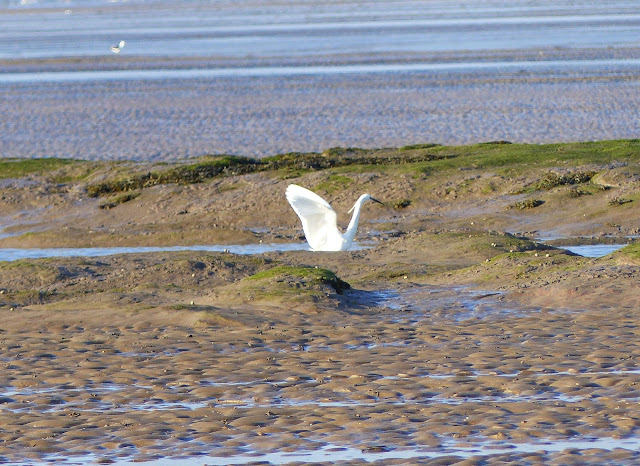 There were singles of Ringed Plover, Turnstone and Bar-tailed Godwit. Eleven Swallows were around the islands and 7 Swift flew over. As the wind increased following the afternoon tide, 10 Manx Shearwater were seen from the obs balcony, also on the sea were 13 Gannet and 7 Great Crested Grebe.
Although the mass of  floral colour has now gone from the island, there are still little gems like the Sheep’s -bit  to be found. 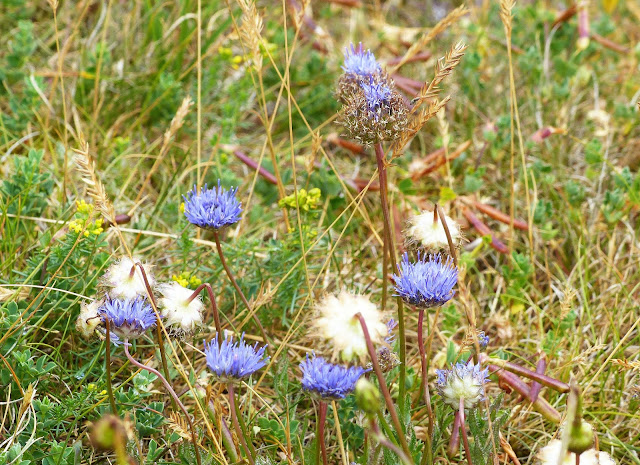 Also found but not quite as photogenic, was a mass of  brown algae probably washed up by last Thursday’s storm (still attached to its rock anchor). This is thought to be of the genus Desmarestia, possibly Mermaid’s Hair. 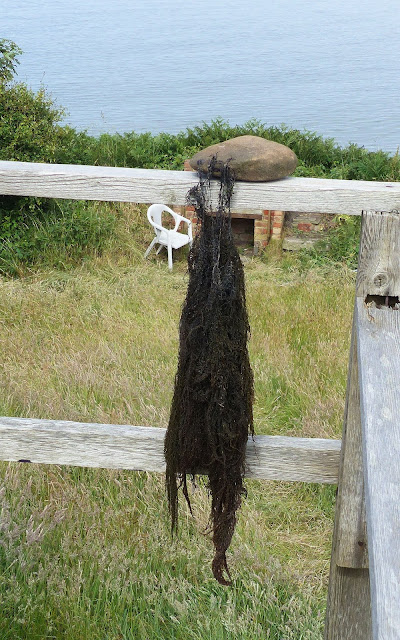