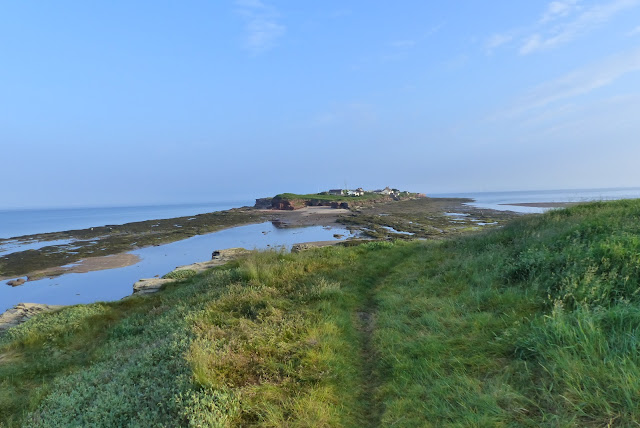 A flock of 25 Canada Geese came off the sea and up the estuary, followed later by 14 which also arrived from the sea but landed on the East Hoyle where they stayed for some time until forced off by the incoming tide. 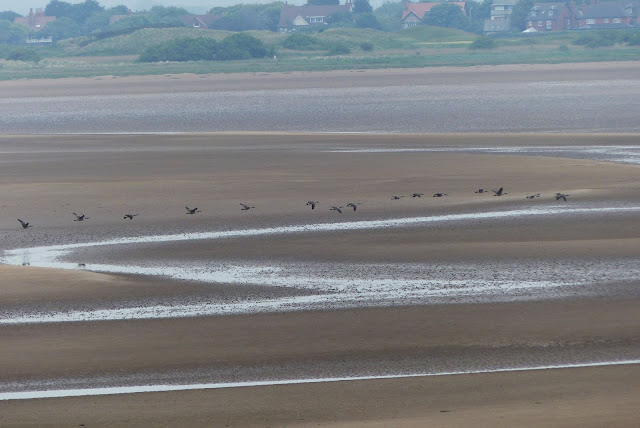 The 2 Eider are still around and a Heron on the west side was harassed by Herring Gulls.
Tern numbers were low with just 28 Sandwich and 12 Common noted, a lone Gannet was off the North End.  A Grey Plover was heard calling, 2 Curlew and a Whimbrel were present along with a few Oystercatcher, but no other waders.
Mid morning a Wheatear appeared at the North End but flicked over the east side and was not seen again, a total of 7 Swift passed over the island but there were no other ‘visitors’. 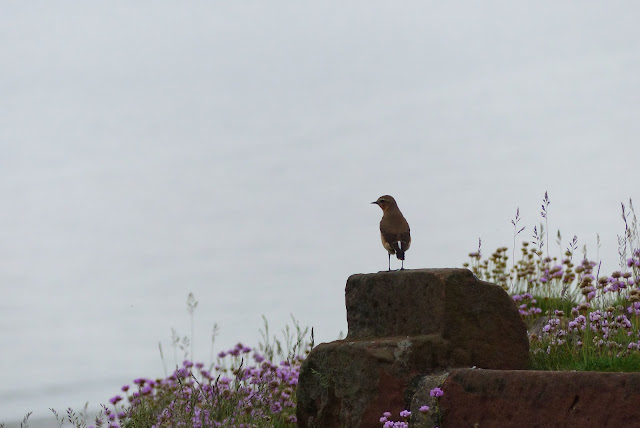 Both the male and female Pied Wagtail were seen with food, so their brood have hatched. The 2 Goldfinch were also noted around the island.
Despite the Bluebell being over and Thrift almost so, the island is still colourful with Dog rose, Sea Milkwort and Water Crowfoot in flower 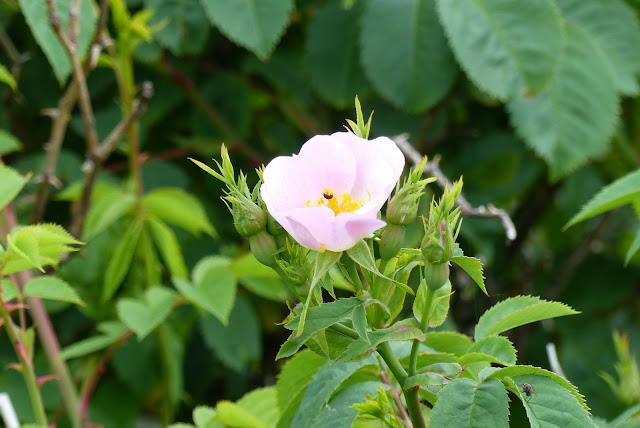 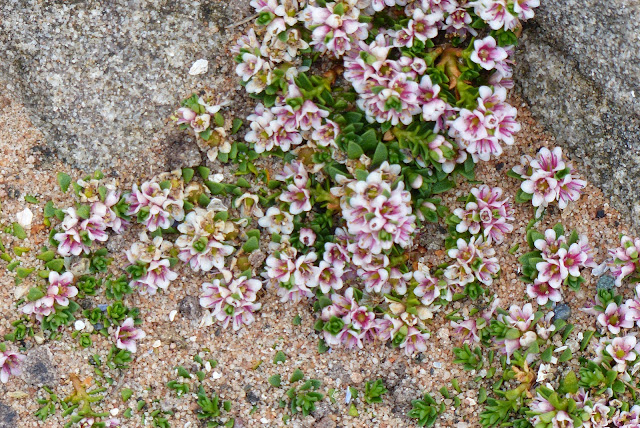 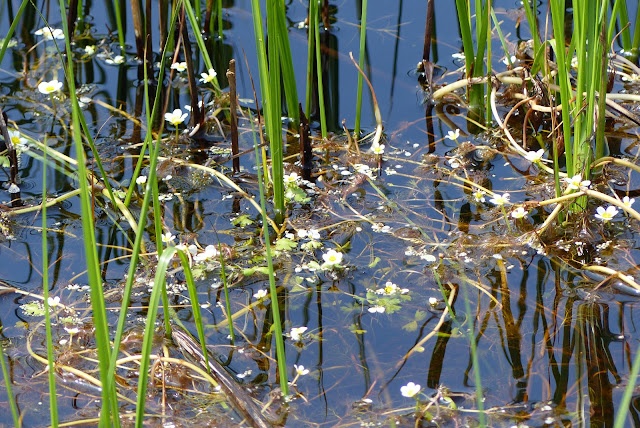 photos AS
Posted by Colin Jones at 21:23