Weather: E force 3, later NNE force 1
A Magpie was at Little Eye early in the day and a late Greenland Wheatear was present, a single Wheatear is often seen in early summer fuelling speculation as to why it is here at this time. The 2 Swifts passing through are easier to explain in early June. An exciting Hilbre event is the presence of 2 Goldfinches at a certain site on the island carrying nesting material, perhaps the first ever breeding attempt. 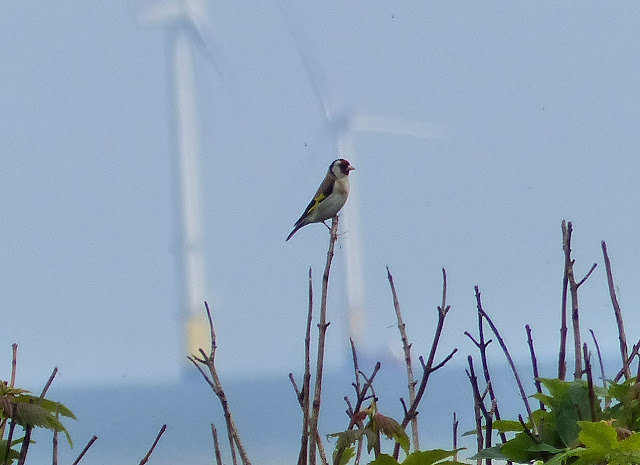 Seventeen Gannets and 72 Sandwich Terns were seen on the sea watch.
There were lots of froglets in the main pond today. 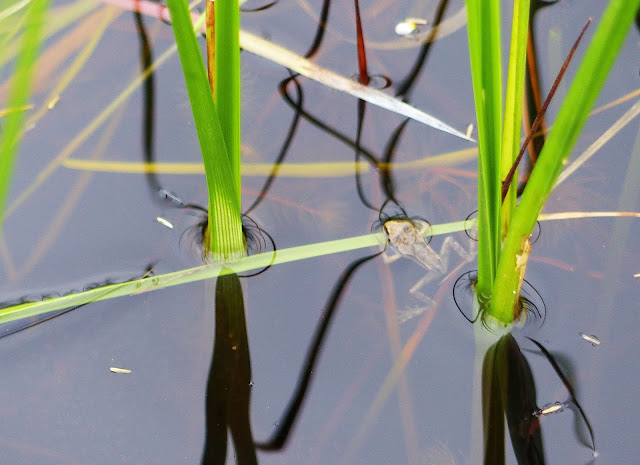 Also on the island today were the 2 Eiders, 3 Little Egrets, a flock of 15 Sanderling and a female Peregrine.
In the evening 2 Noctule bats hunted over the island.
photos AS
Posted by Colin Jones at 16:59