The islands are looking very parched due to the lack of rain. 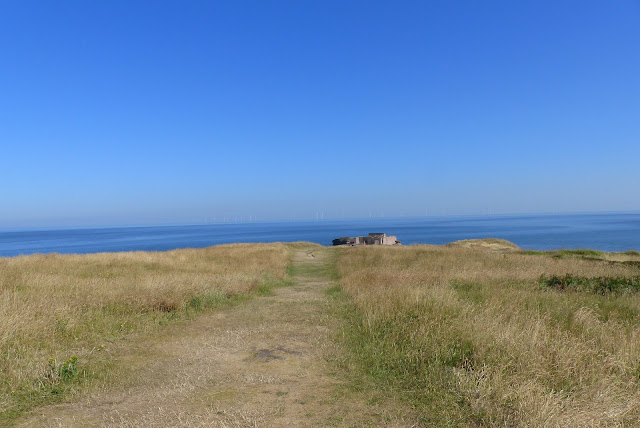 The Rock Sea Lavender can cope quite happily with little water and is looking good despite the drought. 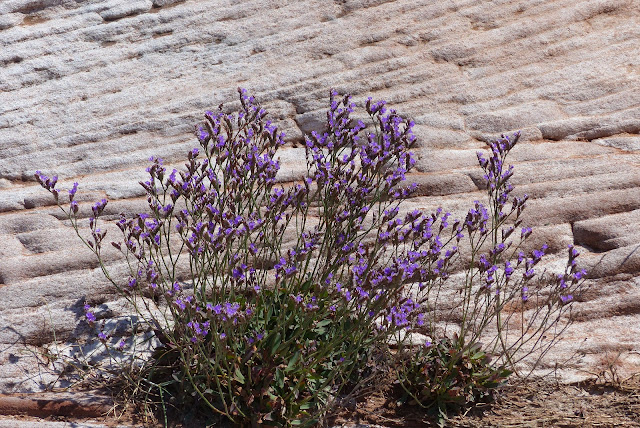 A line of 38 Common Scoter  flew east just after the tide, followed by 3 more later. Fourteen Curlew and a Bar-tailed Godwit were west of Middle, 2 Little Egret and a Heron fed in the Gutter.
Eleven Swift flew over the North End early in the day all going east. All that could be seen on the islands were the usual breeding birds. 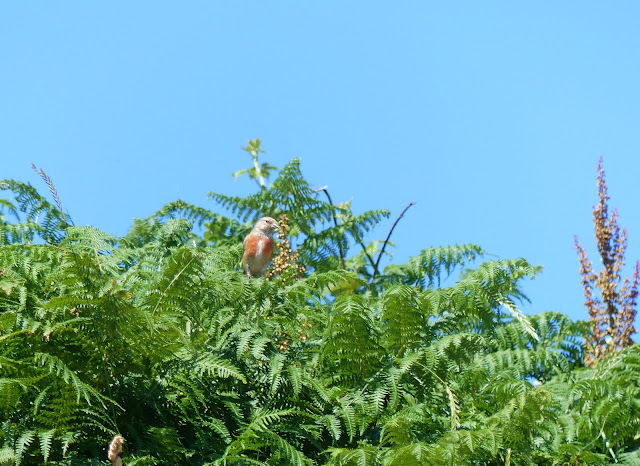 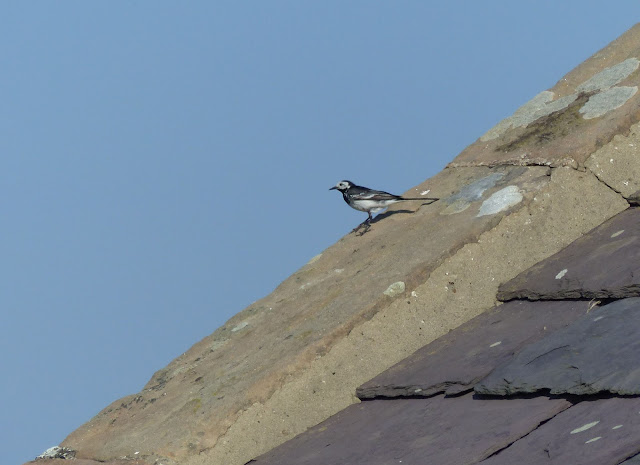 A Harbour Propoise was seen off to the west from the north end.
photos AS