Weather: NW force 1/2, then SE 1, light rain early
A Reed Warbler was found this morning, a less than annual bird at Hilbre even in recent times (although the second this year following one at the end of May). This bird was possibly the first ever July record for the island. 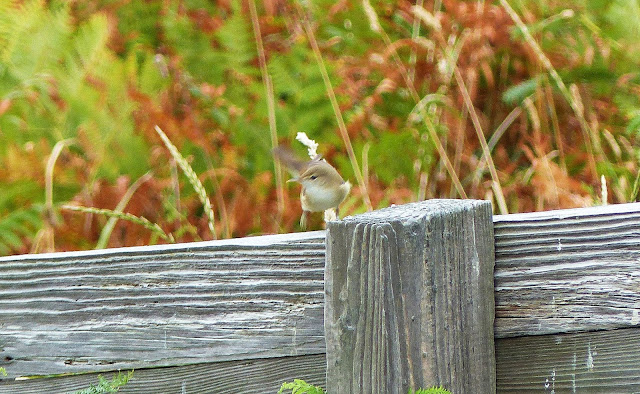 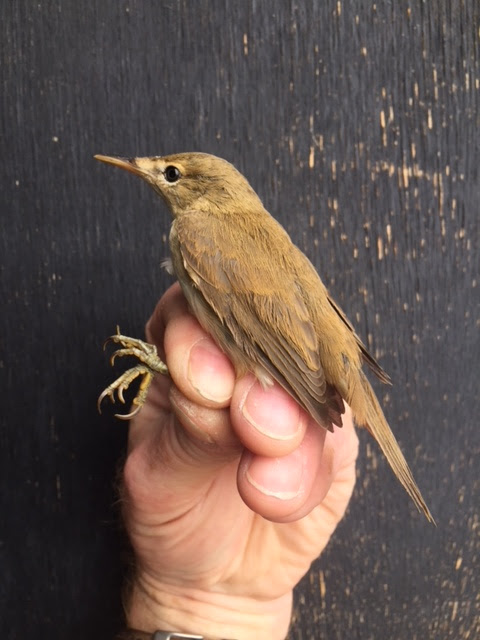 The first Willow Warbler of the autumn soon joined it to feed on the island, 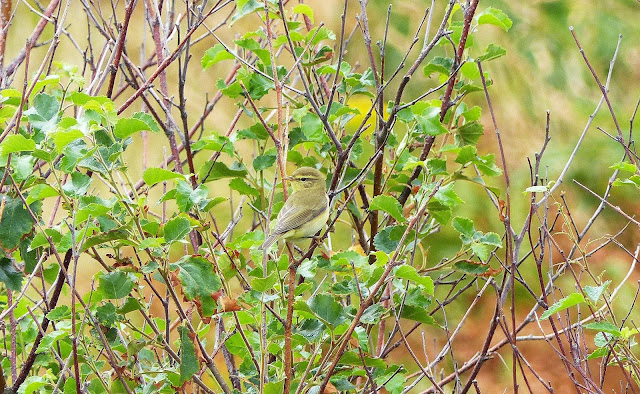 meanwhile 48 Swallows were also taking advantage of the abundant insect life this fine weather. Two Skylarks flew over heralding the autumn to come. The 4 Pied Wagtails present at the moment include 3 juveniles. 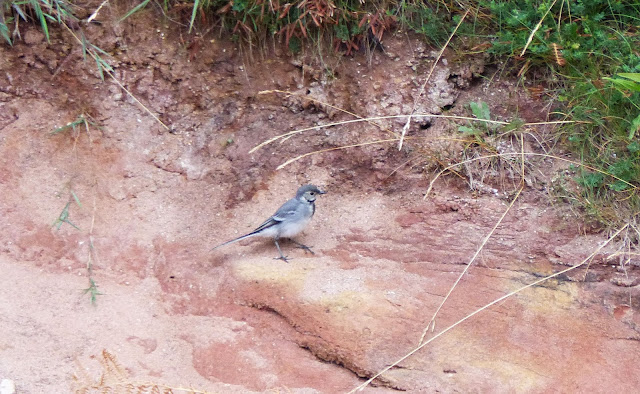 Two Arctic Skuas chased the terns in the east side gutter before high tide. Back to the single Eider today, also a single Whimbrel, but 7 Little Egrets in the afternoon. Two more Harbour Porpoise were noted, it is not clear if they are becoming more common or the calm conditions this year enable them to be seen more easily.
It's not often the number of birds ringed reach double figures in July.
Ringed: 1 Reed Warbler, 6 Linnets, 2 Meadow Pipits, 1 Wren.    [ 429-29 ]
photos AS, CJW
Posted by Colin Jones at 14:33