Weather: NW  1 clear skies but heat haze restricting visibility.
Over 200 Curlew were around the islands today, together with 4 Whimbrel  11 Dunlin, 3 Turnstone and 6 Redshank. Noted on the sea was a single Manx Sheartwater, 31 Gannet and the immature male Eider, also 228 Sandwich Tern and 29 Common. 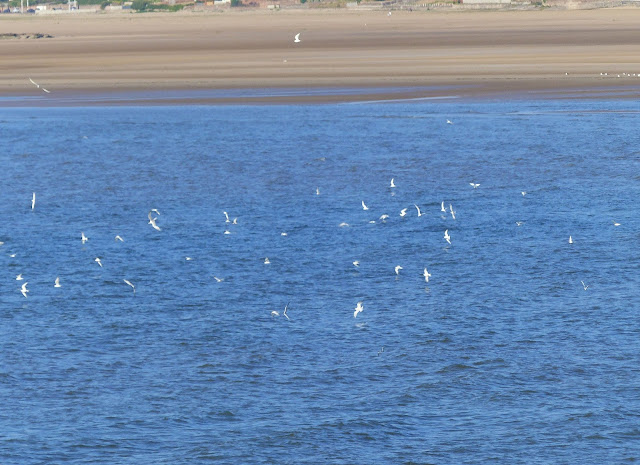 The Pied Wagtails have a second brood with at least 3 Chicks. 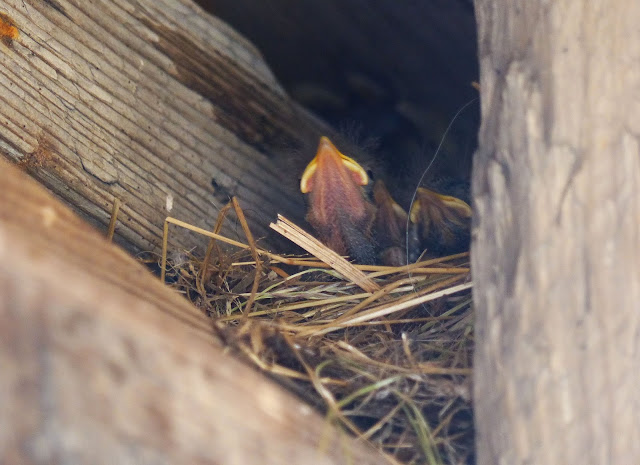 There were 19 Swallows about with 4 juvs ‘parking’ themselves on the obs balcony and ignoring the adult birds alarm call as observers came and went. 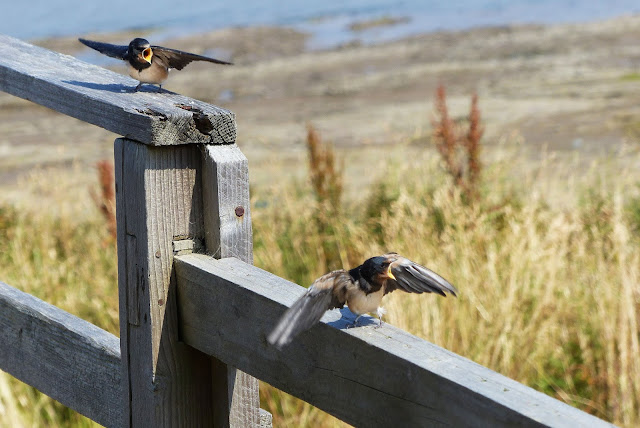 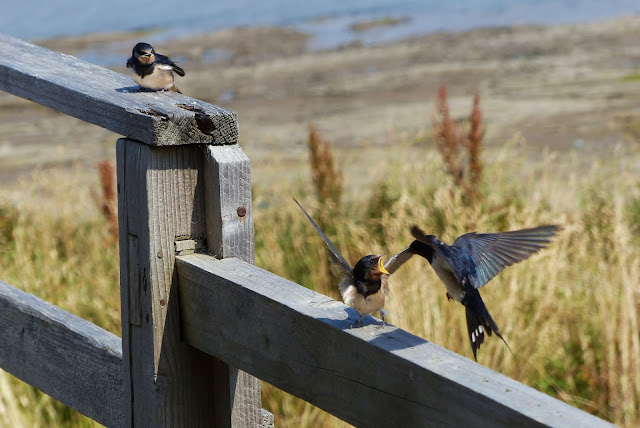 A Kestrel was about the island briefly.
A Emperor Dragonfly was again in the SK paddock with quite a few Small White and Green- veined White Butterflies but not in such large numbers as a few days ago, 12 Six-spot Burnet Moth were also noted. 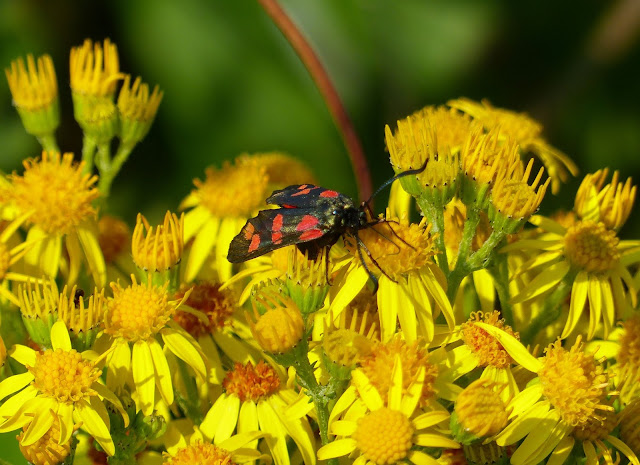 photos AS
Posted by Colin Jones at 19:35