Similar fare to recent days with about 100 Sandwich Terns around the island with many more on West Kirby shore as the tide ebbed. About 20 each of Common & Little Terns were noted along with three Gannets offshore. The Eider remained around the whaleback and waders were represented by 400 Oystercatcher, 60 Dunlin with sinle figure counts of Whimbrel, Turnstone, Knot & Ringed Plover. 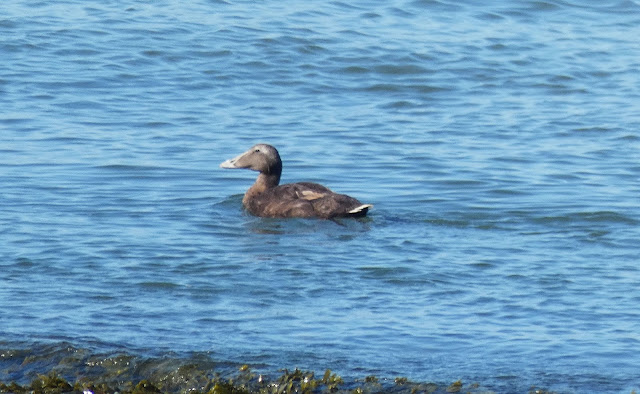 About 50 Swallows were noted, many circling the island & feeding over the sea. Just one Sand Martin was seen. Other than the breeding birds, the only other passerines of note were a single Willow Warbler feeding in the brambles near the toilet block and a juvenile Rock Pipit at the north end of Middle.
A Grey Seal was hauled out on the rocks at the north end & didn't seem well. It briefly returned to the sea as the tide flooded but was back on the rocks within an hour of high tide. What was notable was that the seal was constantly surrounded by up to 12 seals in the sea which were calling to it. Two different seals came up onto the rocks to try & coax it into the sea. 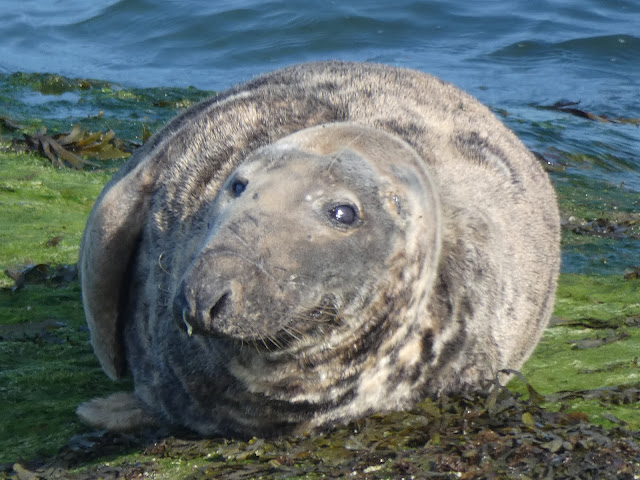 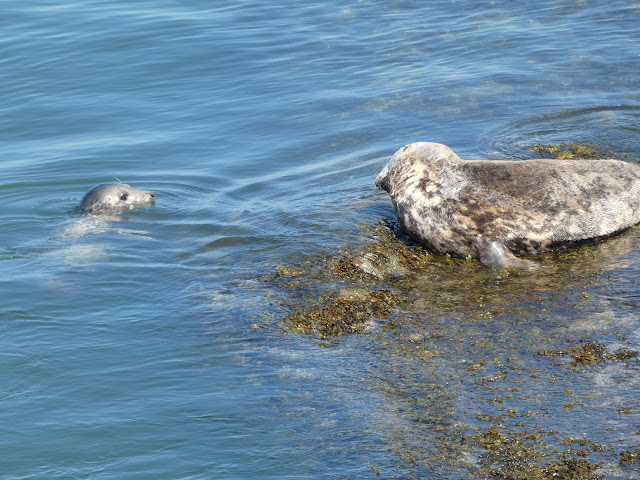 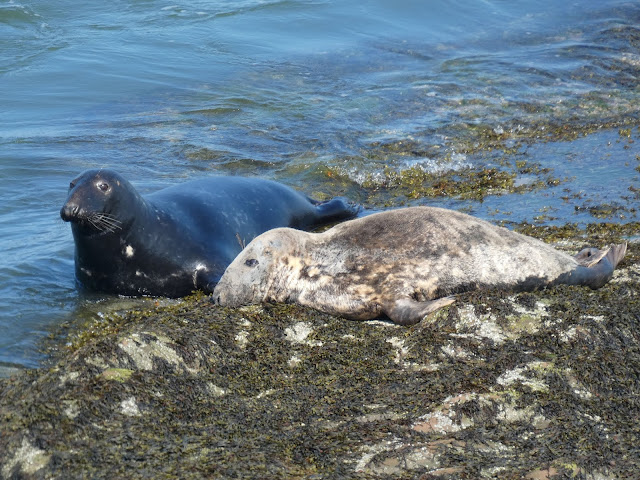