There was a count of 9 Purple Sandpiper today, the highest so far this year but a sad reflection of past numbers. 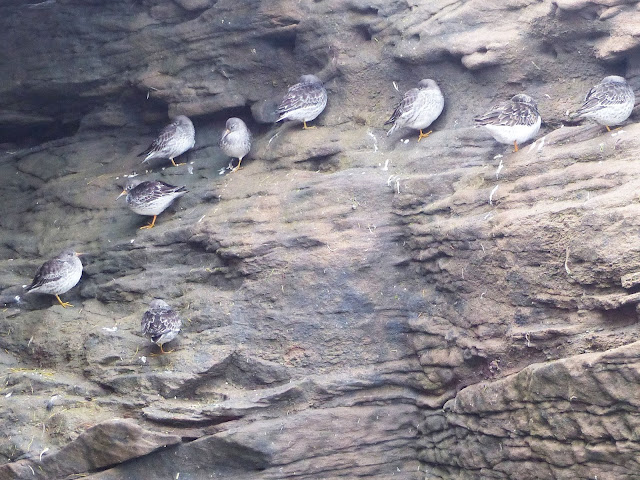 Other waders recorded included 3,000 Knot, 600 Dunlin and 75 Ringed Plover (these were towards Little Eye after the tide along with 20 Grey Plover), 140 Turnstone roosted in Niffy Bay.
There were just a handful of Brent Geese around the island and 60 Common Scoter off the north end.
After the tide 170 Shelduck moved from in front of the marsh and flew up the estuary. 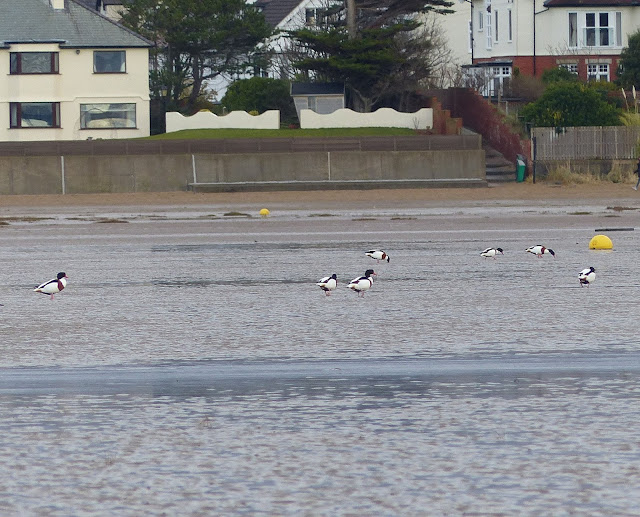 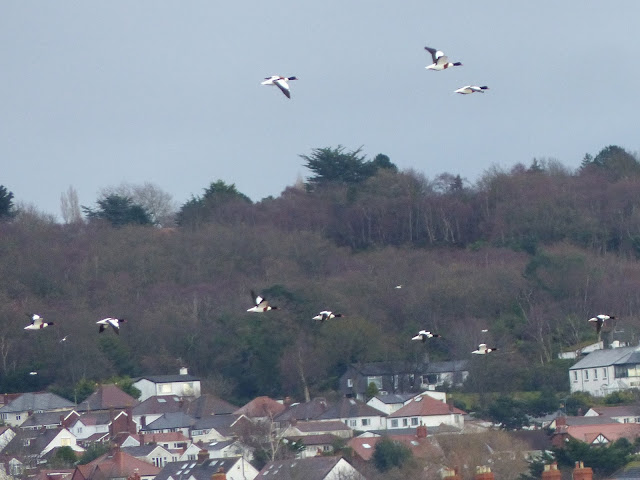 A single Rock Pipit was noted, the Kestrel was about the island and a Peregrine sat on the sand east of Little Eye after the tide. 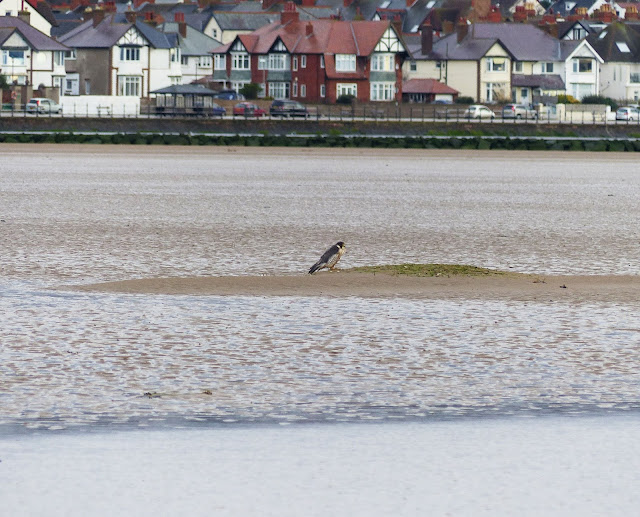 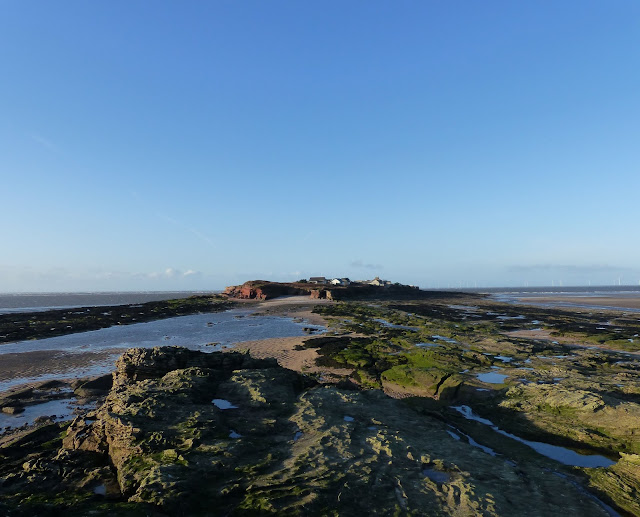 photos AS
Posted by Colin Jones at 15:03