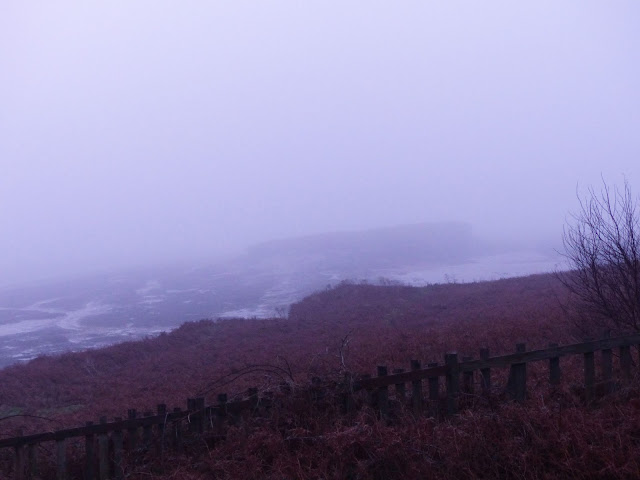 As well as having the fog to contend with, it was freezing with a high wind chill so low numbers were recorded of Turnstone, Redshank, Knot, Dunlin etc., between many breaks for tea and biscuits!
Surprisingly though there were a good number of Brent Geese on the Whaleback with 270 counted, unfortunately they were put up by a Peregrine before they could be checked for colour rings. 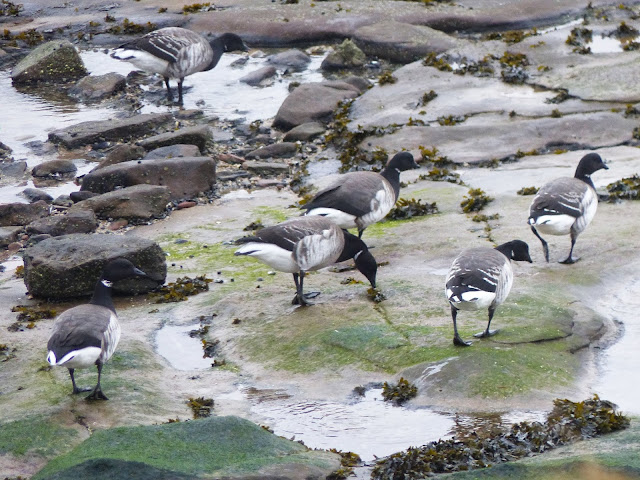 Three Pintail flew out of the fog , over the North End and disappeared up the estuary.
photos AS
Posted by Colin Jones at 15:17