A light south-easterly produced some optimism amongst members present but very little happened before 930am. After which a trickle of Chif

fchaffs (including a couple caught) arrived and a fine male Greenland Wheatear was caught (left) along with a male Blackcap which had flown in off the sea from the west and landed in 'blackcap bowl' before finding its way into the Obs mist net. A Pied Wagtail caught in a potter trap added to the nice mix of species caught today.

Highlight of the day for one photographer was the Peregrine which knocked a Dunlin out of the air into to the sea before recovering it from the water and making off with its prey. Here is a short selection of a series of superb photos by Obs member Brian Tollitt. 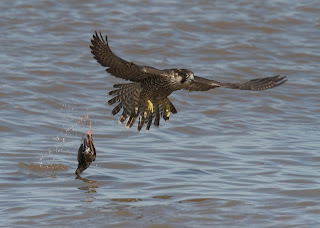 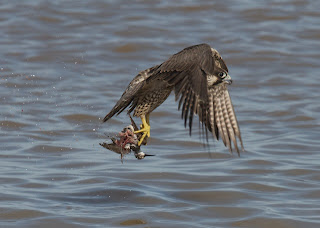 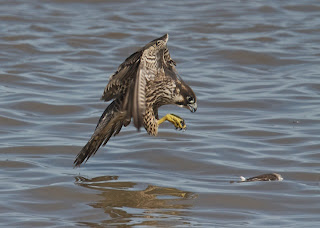 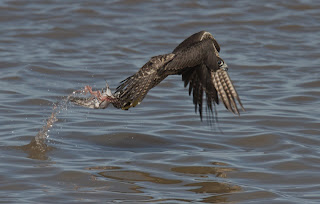 As the tide flooded small waders were gathering and at least twelve Curlew Sandpipers (some of which below - 'iPhone scoped') were found in a loose flock with Dunlin and Ringed Plover.

Eight Teal were recorded and 12 Carrion Crows, incidentally the local breeding pair have been missing lately. 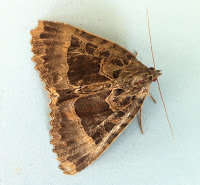 The highlight of the overnight moth trapping was this 'Old Lady' (right). However, the penultimate highlight of the day was a stunning full length dive catch by an Obs member in a 'non-competitive' cricket match in the Obs garden...certainly one for Wisden!

Finally a beautiful sunset (below) finished a fine day on the island. 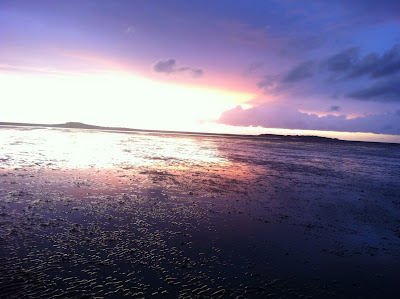