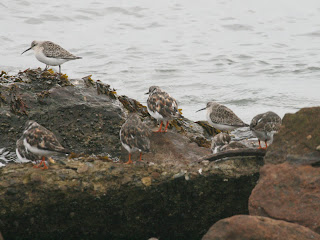 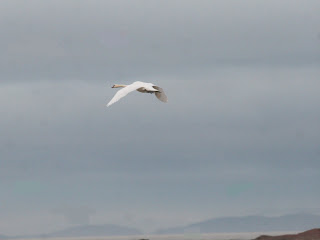 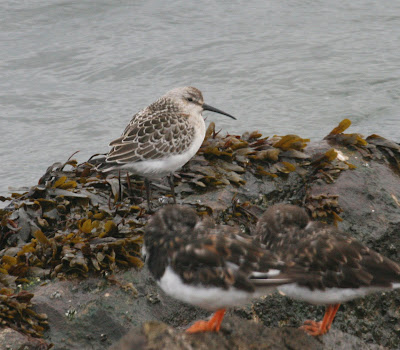 A mild southerly airstream dropped in 5 Chiffchaffs and a Willow Warbler this morning but no larger warblers and just a single Wheatear. A Mute Swan flew across Little Eye on its way to Wales at 07.30 (above left), other notable sightings were scarce until 2 Curlew Sandpipers saw out the tide with the Turnstones on the sandstone blocks east of the slipway (left and above). Increased numbers amongst some species were counted today as we head towards late autumn and winter, including over 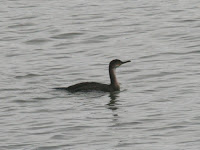 400 Cormorants, 340 Curlews, 22 Bar-tailed Godwits, also 68 Shelduck, the most yet this autumn plus another 9 flying north. Notable singles on the log were a Grey Wagtail, a Razorbill, a Rock Pipit at the north end, and an adult and juvenile Shag (right) which have been scarce this year.Ringed:- 5 Chiffchaffs, 1 Greenland Wheatear. (DB,AAB,CJ,KMc,DCT,PT,NDW) [770-42] photos CJ
Further brief details from earlier this week appear below
Posted by Colin at 19:02