Weather: WSW force 2, increasing 5 by noon
A phone call at 06.45hrs from a member at Red Rocks (JET) alerted an observer on the island to a Marsh Harrier crossing over high from east to west. Others on other parts of the islands were then further notified enabling all to see this first of the year. Such is the value of co-ordinated migration watching! The harrier flew steadily off towards Wales untroubled by the attentions of a couple of Shelducks that objected to the intrusion on their island. 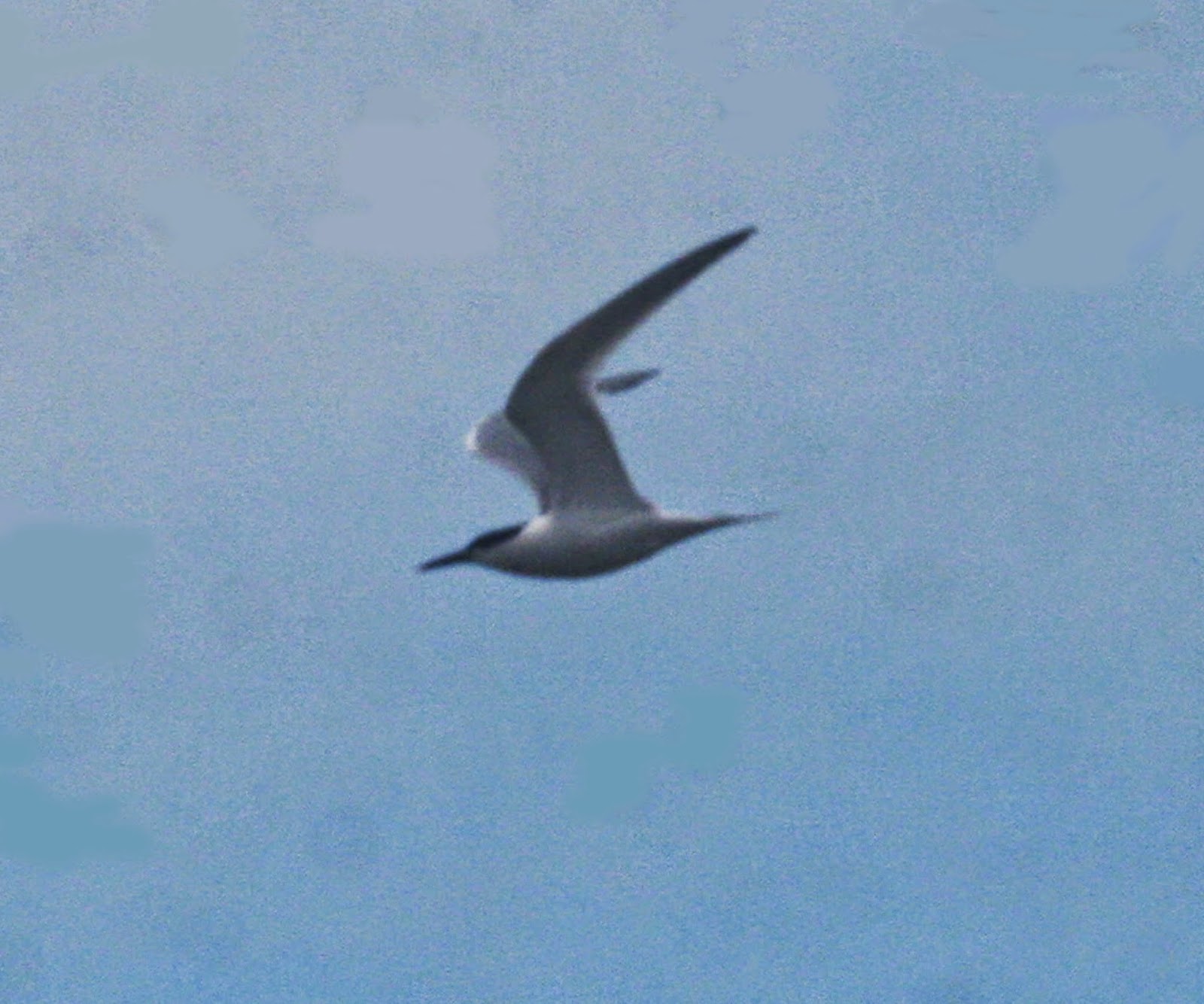 A
beautiful male Redstart appeared in the Newton trap about 08.00hrs and as the first of the spring would normally be bird of the day and indeed some thought it was, despite the harrier. Three single Chiffchaffs were caught at intervals, and became the first warblers on the island for 3 days, and while 2 Wheatears were seen, none were ringed today. Very few other migrants, just a flock of 4 Goldfinches a White and 2 Pied wagtails and a single Swallow. Counts on the flood tide included 494 Curlew, 950 Oystercatchers, 34 Shelducks, 6 Bar-tailed Godwits, 8 Ringed Plovers, a Grey Plover and just 3 Brent (all that remain?). On the sea were 2 Gannets, several Sandwich terns (left, CJ) (2 went between the islands at the ebb), 4 Red-breasted Mergansers and on the shore were 3 Little Egrets, increasing to 5 after the tide.
Ringed:- 3 Chiffchaffs, 1 Redstart, 1 Linnet.                [ 158-20 ]
(JE,CJ,JET(on mainland), SRW)
Posted by Colin at 15:50