Weather:- SE force 1, thick mist, pollution? drizzle later
At 07.50hrs this morning an Osprey flew directly over the north end, proceeded to catch a flatfish off the north shore tide edge and then landed on the sand off Hoylake to eat the fish. It was watched distantly from the shore for a time afterwards, although the thick mist made observation difficult from the land (and the island). A House Martiin drifting south over the island was also a first for the year; the other hirundines today were a Sand Martin and 3 Swallows. A slow trickle of White Wagtails and Wheatears arrived during the day (see photo below), there were 6 of the former and 5 of the latter including a male Greenland race bird. Meadow Pipits numbered 310 moving through, but warblers were fewer than of late, just 2 Willow Warblers, a Chiffchaff and a Goldcrest. Some Linnets were noted nest building, others would be migrants as were 10 Goldfinches, 4 Siskins and a Chaffinch, some of the Goldfinches coming down for the feeders. A Redwing was on Middle island after the tide, although none had been on the main island. Regular at this time, Canada Goose and Woodpigeon each put in an appearance as did 3 Little Egrets. Flocks of Knot moved north early in the day, first a flock of 10,000 then smaller groups of 1,500, 500, and 100. The first drake Mallard was on the pond, rather later into the spring than expected. 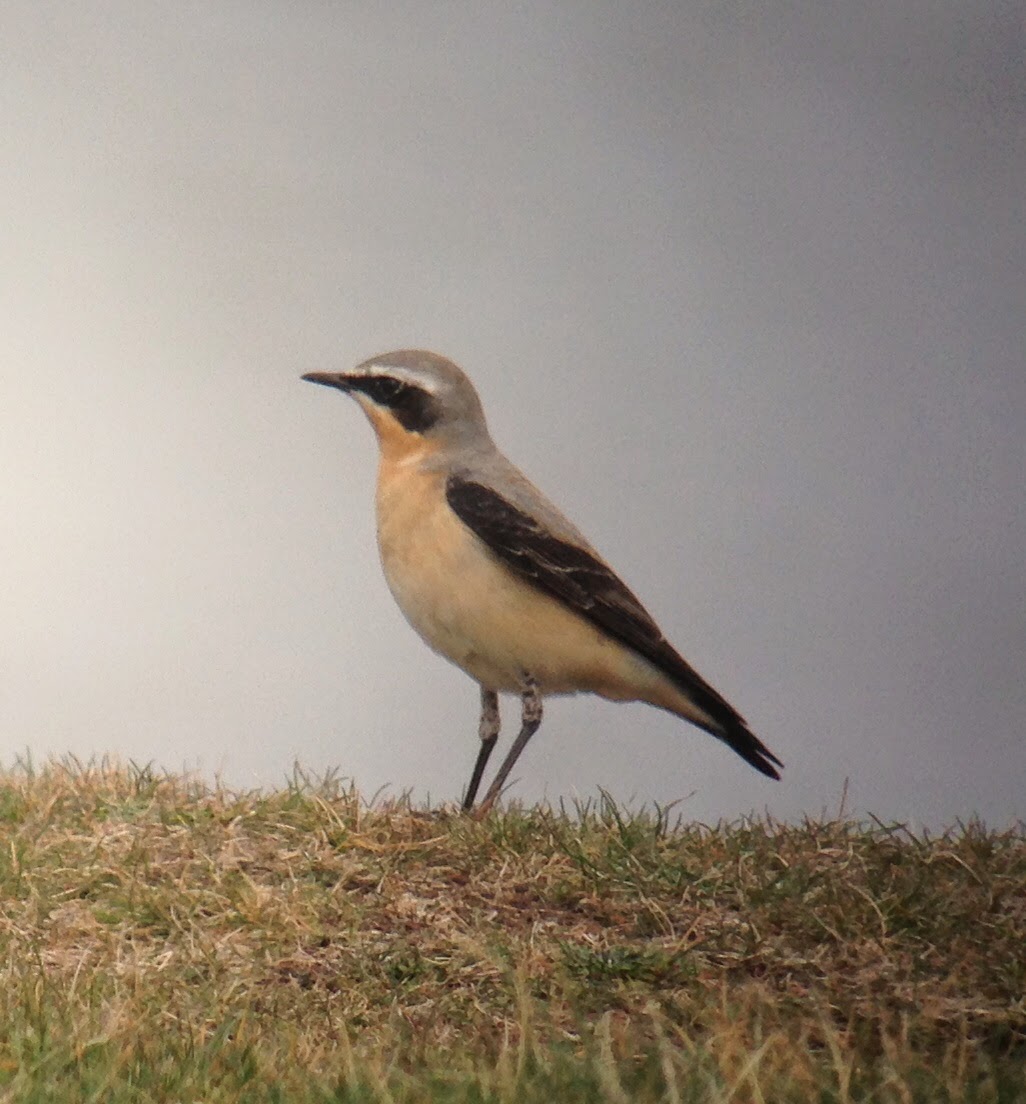