Weather:- ESE force2/3, mist thickening to fog by 07.00hrs, clearing to warm sun before midday.
After the excitement of yesterday a normal spring morning with typical birds could only be an anticlimax. The Little Bunting was duly looked for without success leaving the members to enjoy a quiet morning high tide which was sprinkled with a moderate number of migrants. A female Whinchat was found on middle at dawn (and was joined by a male during the tide) There were only 12 Willow Warblers and 7 Greenland Wheatears recorded, and single Whitethroat, Blackcap and 2 Sedge Warblers also present, completing the warbler arrivals for the day, while a Chiffchaff ringed 6 days ago is still on the island. Passing through but not lingering were 9 Swallows and 3 House Martins, also a Tree Pipit, 5 White Wagtails and a Yellow Wagtail that landed briefly, 9 Goldfinches and 18 Lesser Redpolls (3 touched down and were caught in the Newton). The first 2 Manx Shearwaters of the year went east off the north end and 22 Gannets went through, some closely by the island in the fog. 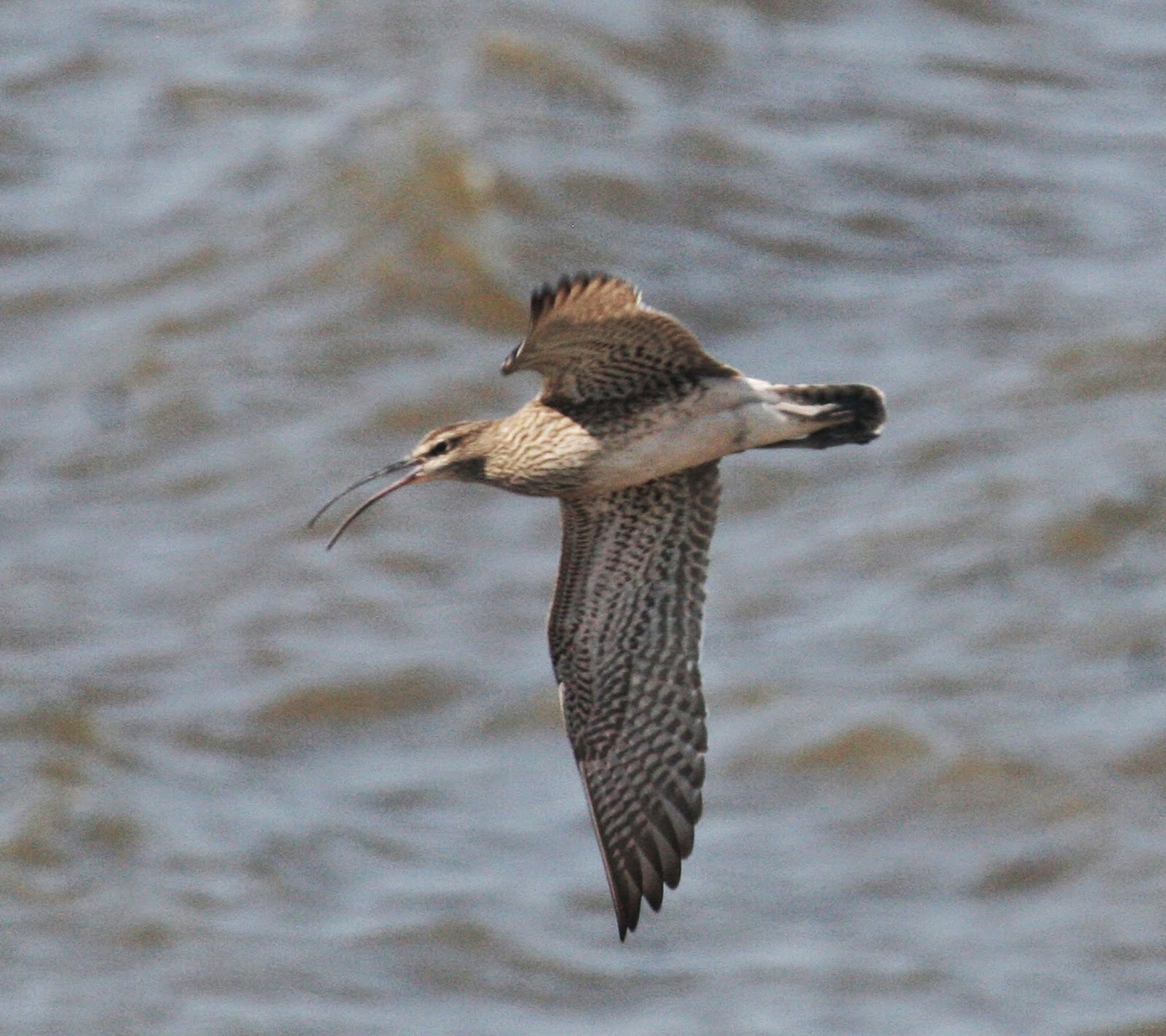 Twenty Three Whimbrel was the count today (above), this is the peak time for these trilling vocal waders around the shore at Hilbre. A Kittiwake rested out the tide on the west side for the second day running (bottom). A female Peregrine hunted the waders roosting at the north end of Middle, amongst them were birds counted today from all the island areas that included 750 Oystercatchers, 450 Dunlin, 15 Bar-tailed Godwits, and 35 Ringed Plovers. Butterflies that emerged in the sun later in the morning were 8 Small Tortoiseshells, 3 Green-veined Whites, 3 Peacocks, also 6 Cinnebar moths. 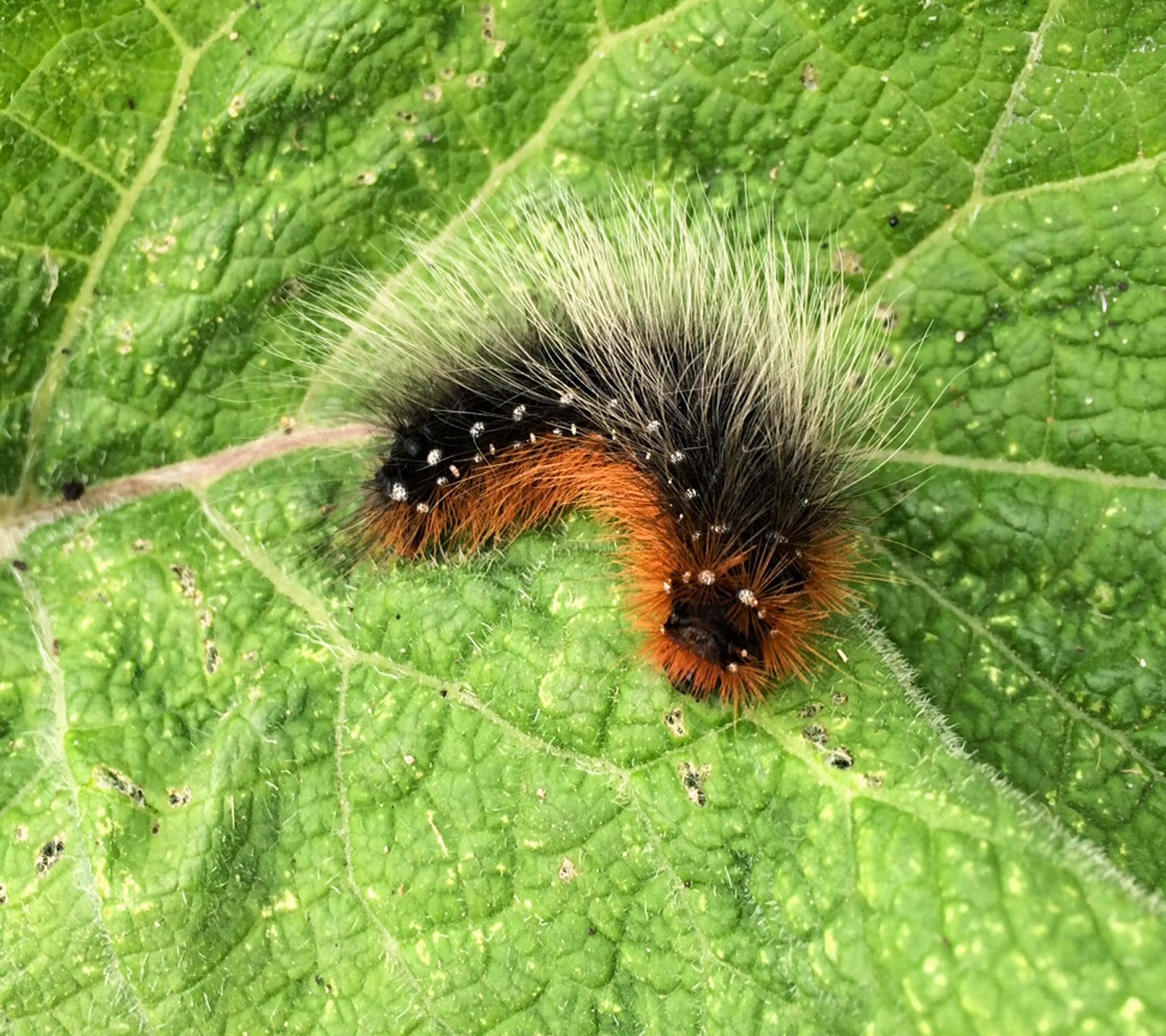 For the last few days Garden Tiger caterpillars have been all over the islands (left), particularly Middle Eye making it sometimes difficult to walk without looking down at the ground.