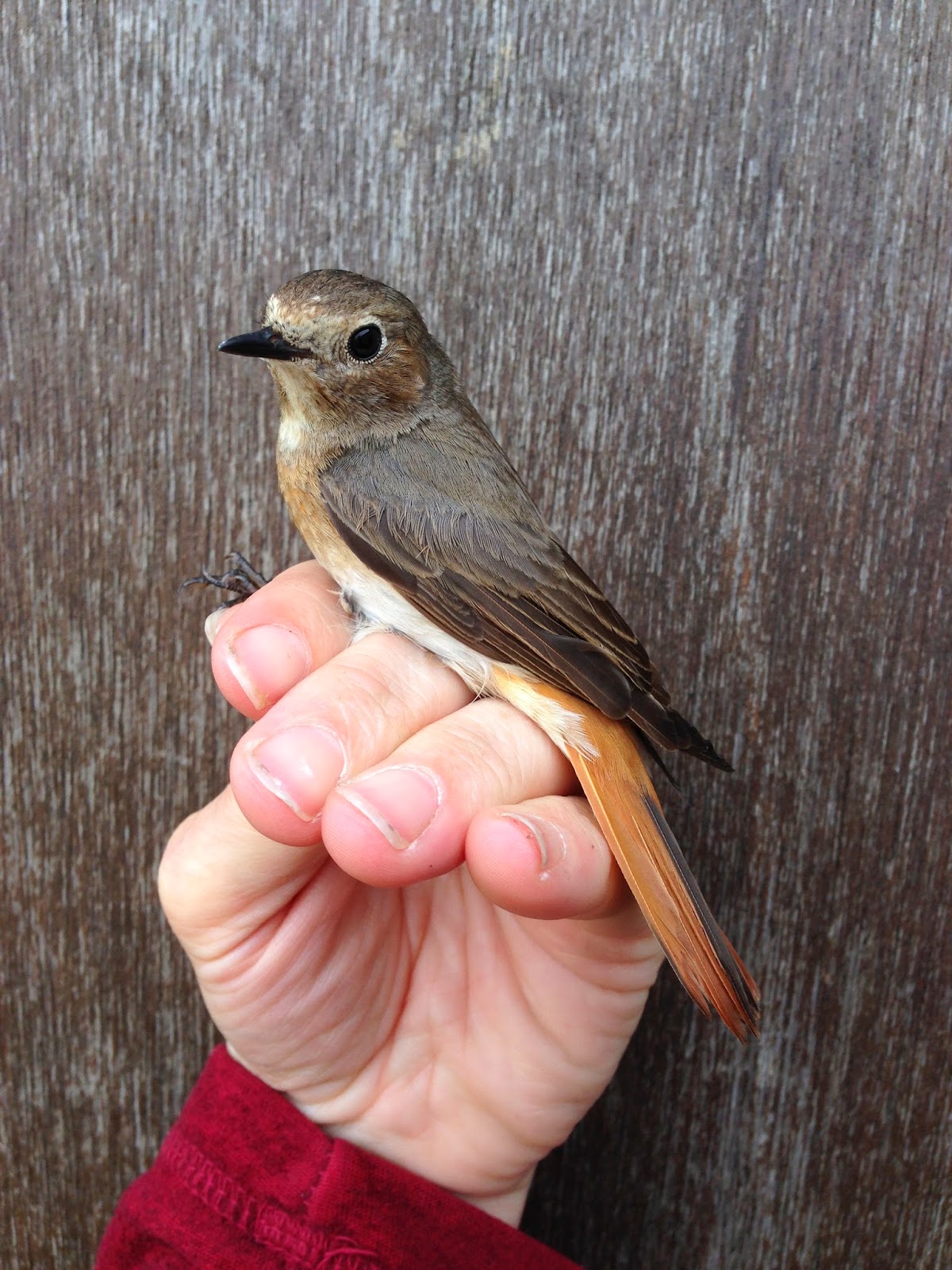 The promising weather forecast never materialised and the observers at dawn found the island completely devoid of any migrants. It wasn't until 08.00hrs and following showers that about 3 Willow Warblers appeared with a single Wheatear, a few Swallows and 4 alba wagtails. During the high tide period a female Redstart arrived on the island (right), one of 12 already this year, 11 have been ringed. Things improved generally during the afternoon enabling several other migrants to be logged, including 2 Yellow Wagtails, 3 White Wagtails, 2 more Wheatears, 4 more Willow Warblers and a Chiffchaff, 30 Swallows and 10 Sand Martins. The visiting LOC members recorded most of the species expected on sea and shore at this time including Gannet, Sandwich Tern, Great Crested Grebe, Red-breasted Merganser, Whimbrel and the smaller waders. 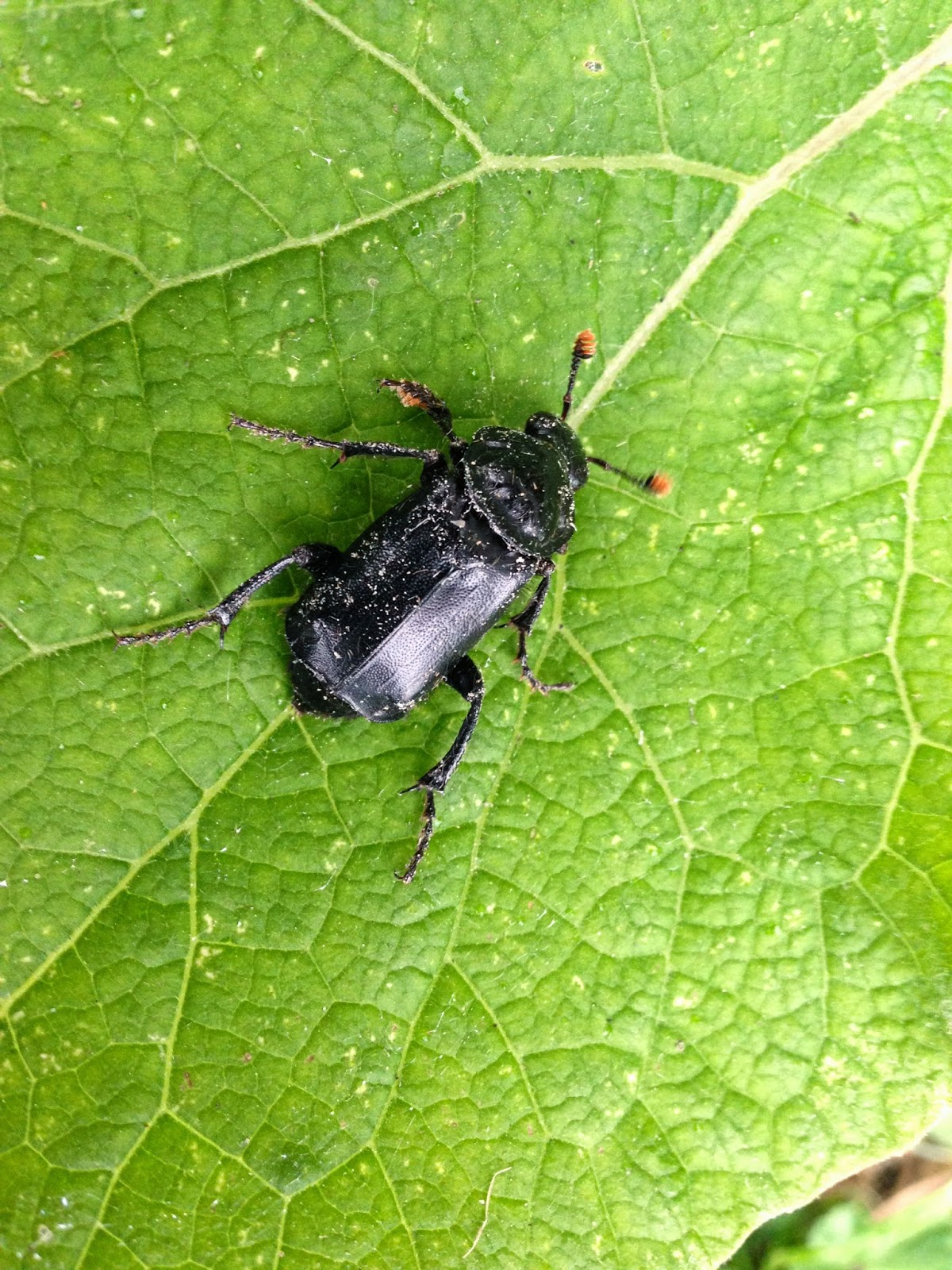 With the lack of birds first thing attention was focused on the overnight moth trap that produced a Netted Pug among others. The books suggest that the flight period of Netted Pug is May-June, but Hilbre often has an April record. It is only found on Hilbre in small numbers and is not annual, thus a mini twitch by local moth enthusiasts today. It's laval food plant is Bladder and Sea Campion, which is abundant on the east cliffs of Hilbre and Middle Eye.
An unexpected creature also found in the moth trap was one of the burying beetles, Nicrophorus humator. (right)
Ringed: 5 Willow Warblers, 1 Redstart.                    [ 475-28 ]

(BSB,DB,CJ,DCT,PT,NDW, et al)    + members of the Liverpool Ornithological Club
Posted by Colin at 20:37