Poor conditions first thing had observers retreating first to the Obs and then to the mainland!

'Just Outside our Area'

Later during the afternoon Obs member Mark Turner located three stunning Dotterel on the shore off Roman Road, Meols, Wirral.  They remained with large Dunlin flocks for over an hour and a summer plumaged Curlew Sandpiper was also seen. Two Dotterel flew off west around 4.15pm (see below) but could not be seen west of the Lifeboat station so may have continued west towards Hilbre ... sadly they were not seen in our recording area but a fantastic Spring record for North Wirral and enjoyed by several local Obs members.  See www.lighthousebirding.blogspot.co.uk  for more details. 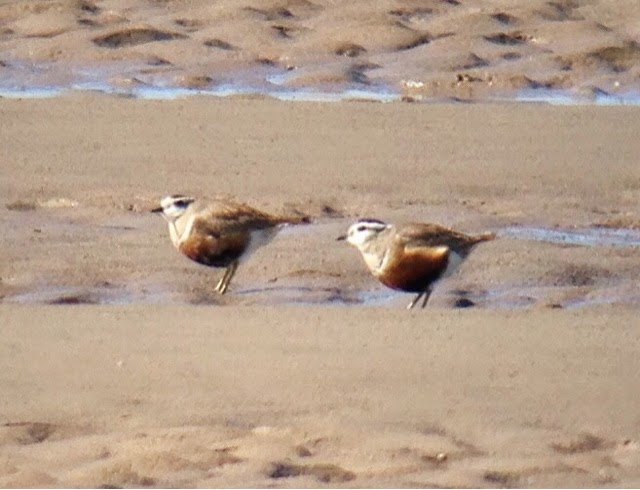 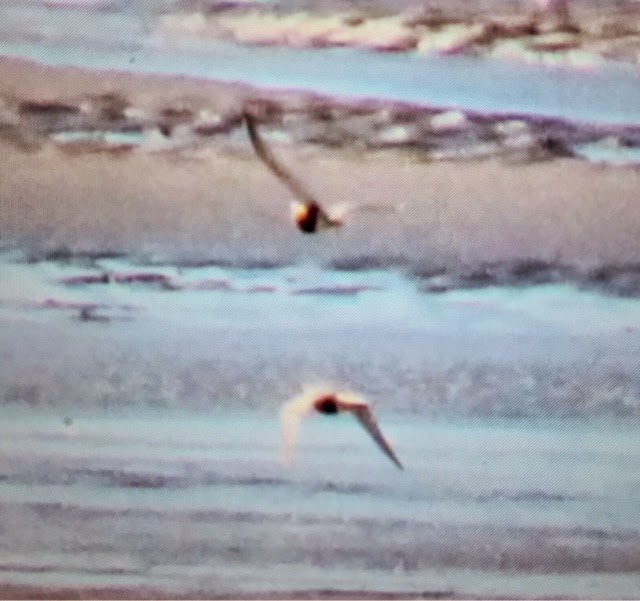 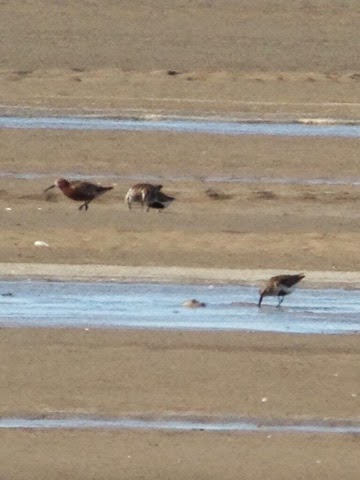