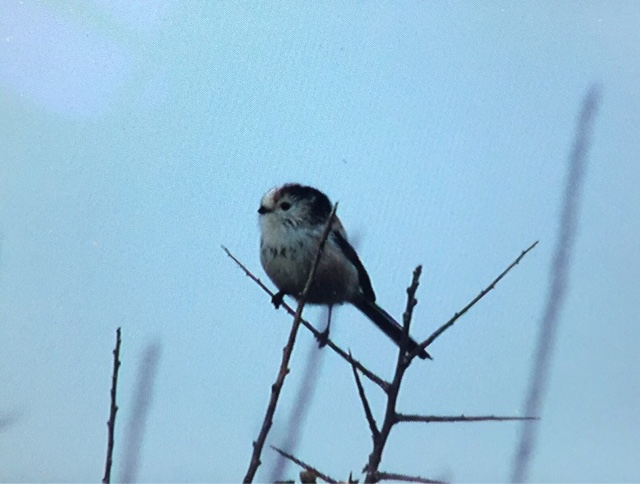 It has been remarked upon recently that there has been very little Meadow Pipit passage this autumn and sure enough the start of the new month today was back to form with over 300 counted and probably many more passing south across the shore unseen. A female Blackcap was in overnight with a couple of Chiffchaffs, the odd Goldcrest and a Song Thrush while during the morning several more Chiffchaffs arrived. Passing through were 2 Grey and 1 Pied Wagtail, 2 Skylarks, a Goldfinch and a Starling. Four Pintail flew south off the east side, but just a single Pale-bellied Brent showed itself off the west side tide edge. Just before noon the event of the day occurred when a flock of Long-tailed Tits arrived at the Newton heligoland, 4 were ringed and the 3 others that weren't joined them in the air after the ringed ones were released. Any kind of Tit is a scarce bird at Hilbre and Long-tailed Tit is less than an annual visitor. There have been no Wheatears at Hilbre this week until one was found on the shore west of Middle on the flood tide today (below,CJ). 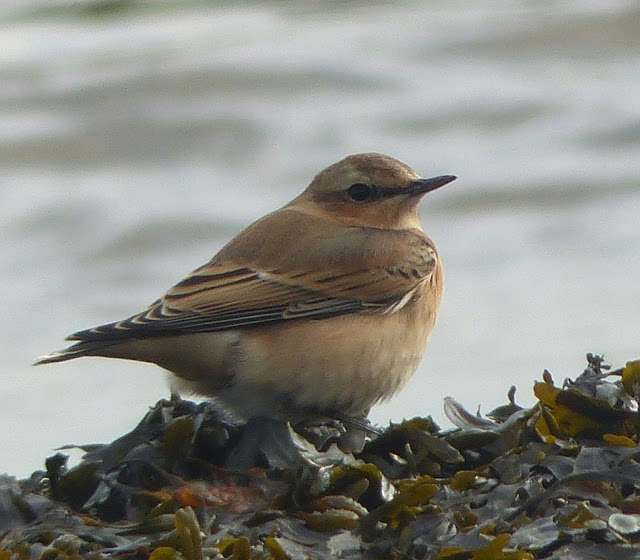 It was quite a successful ringing day considering the time of year. 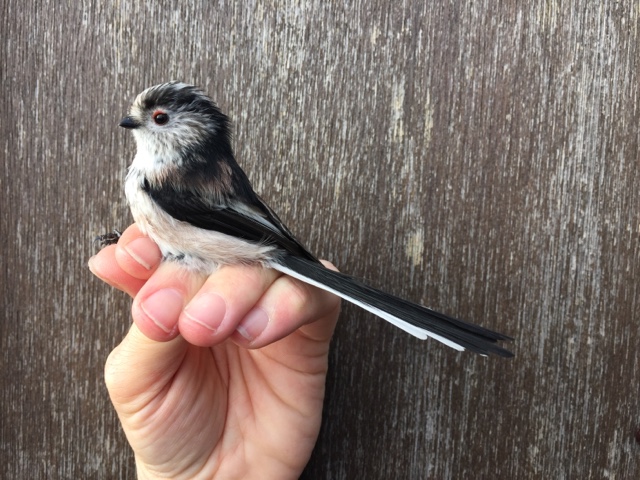